Reitmeier’s correspondence poignantly illustrates the dissatisfaction we described in our article. We regard the first five causes as an expression of political opinion that we do not wish to comment on. However, it is not the case that “the concept of evidence based medicine (EBM) can thus far be applied only to narrow segments of primary care doctors’ work.”

The application of EBM has already yielded many examples of better treatment for patients. From a scientific perspective, there is no reason why EBM shouldn’t be applicable in all medical specialties. Its widespread use does, however, require special training and support for physicians.

The process started a while ago. In recent years, evidence based general practice has become established as a scientific discipline with professorial chairs or departments at many Germany universities. Many of the sites organize “general practice days,” offering scientifically first-rate, industry independent, continuing medical education for primary care physicians and practice teams (for example, Heidelberg, see www.klinikum.uni-heidelberg.de/Tag-der-Allgemeinmedizin.7460.0.html).

Furthermore, the German College of General Practitioners and Family Physicians (DEGAM) has been focusing on developing evidence based guidelines for general practitioners in recent years. Numerous guidelines for common causes for consultations that are relevant for clinical practice are available; some of them with diverse accompanying materials (information for patients, abbreviated versions) (http://leitlinien.degam.de/index.php?id=fertiggestellteleitlinien). Furthermore, the EBM service in the Zeitschrift für Allgemeinmedizin, DEGAM’s official publication, provides evidence based information in response to relevant questions from general practice on a regular basis. These developments have crucially contributed to the scientific understanding of the specialty that is general practice. 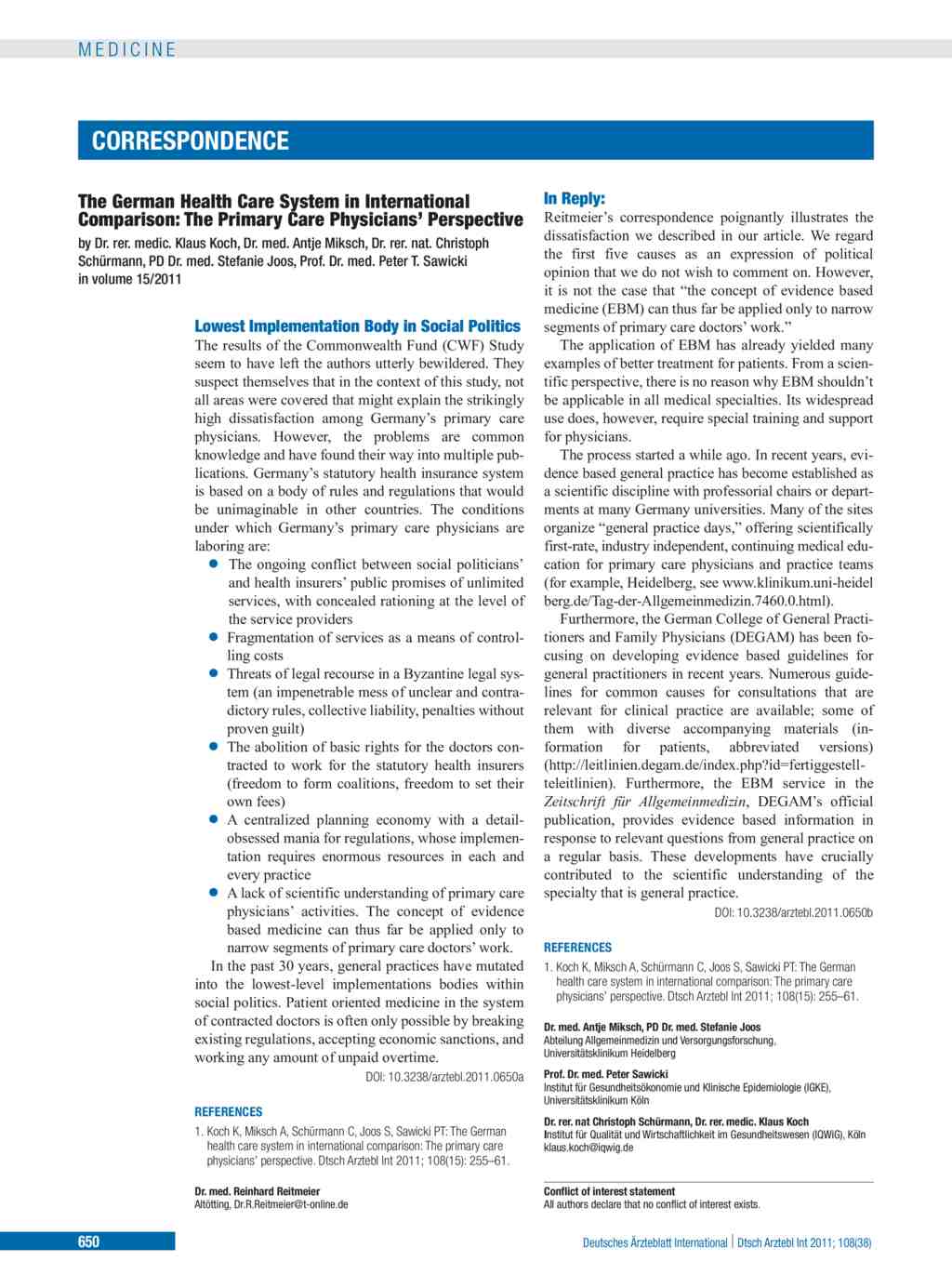