Cognitive-behavioral, pharmacological, and neurosurgical methods want to eliminate the dysfunctional interpretational pattern in its entirety, but in doing so they run the risk of also eliminating parts that are really normal and healthy or suppress these owing to the risk of symptom displacement.

However, psychoanalytic therapy—which was not mentioned in the review article—aims to (dis)solve the entire complex of the dysfunctional interpretation by enabling its actual constituents:

In a scenario where all approaches mentioned are identical in terms of understanding and therapy of the obsessive-compulsive disorder down to the last item—which relates to the therapeutic objective—why does a review article not mention psychoanalysis, at least in one word? Might professional and educational reasons and economic-therapeutic considerations hamper the scientific, unprejudiced, and disinterested perspective? 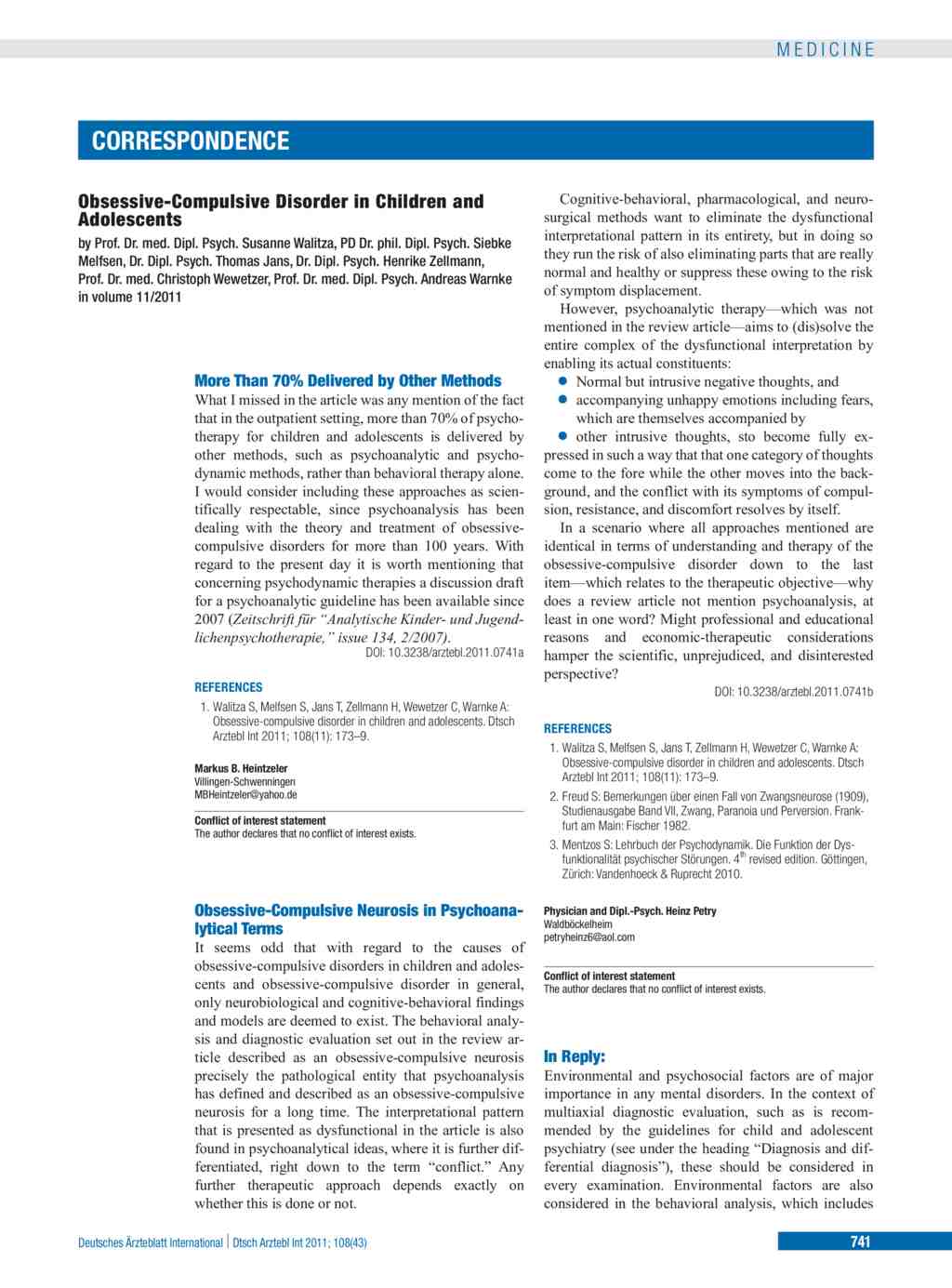