In our article we aimed to provide an overview of the numerous and very different gastroenteropancreatic neuroendocrine neoplasms (GEP-NEN). We did not aim to focus exclusively on insulin producing processes and their diagnostic evaluation. However, we will discuss this briefly in what follows.

The European Neuroendocrine Tumor Society (ENETS) guidelines for the diagnostic evaluation of insulinoma stipulate a standardized fasting attempt with preceding glucose loading and recommend measuring insulin and C-peptide. Alternatively to C-peptide, proinsulin may be measured. However, this is not required as an additional test because of the associated costs, which are substantially higher. The calcium stimulation test is done for the purposes of diagnosing the localization, and in patients with unclear hypoglycemia, measuring sulfonylureas is advisable (1).

Sporadic insulinomas have to be differentiated from multifocal insolinomatosis and adult nesidioblastosis, clinically also known as NIPHS (non-insulinoma pancreatic hypoglycemia-syndrome). NIPHS is not, as postulated by Starke et al, the same as pancreatic islet cell hyperplasia, but functional hyperactivity of the beta cells, which can manifest as beta cell hypertrophy. As both conditions have been described in detail only very recently (2, 3), clinical guidelines are lacking.

In our view, the new therapeutics, such as everolimus and sunitinib—for which a prolonged progression-free interval has been shown, and, in the case of sunitinib, prolonged mean overall survival—represent a clear advance compared with the traditional therapeutic modalities, especially for patients who do not respond to these any more. It goes without saying that these rather new therapeutics will need to be evaluated in further studies, especially in comparison to established therapies. 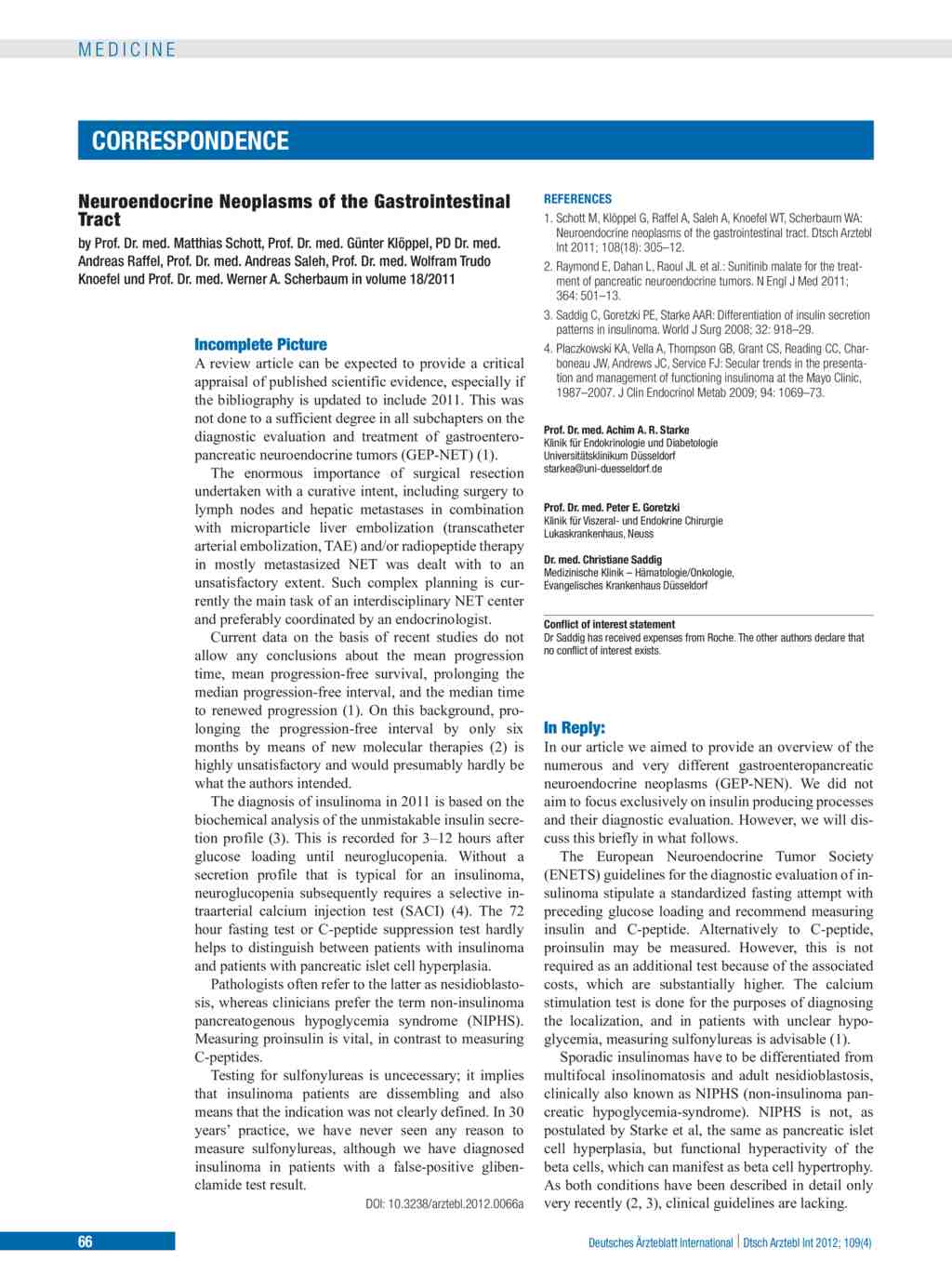