No Call for Undertreatment

Among breast cancer patients, half are women older than 65. One third is older than 70, and their health status is heterogeneous. From the age of 70, 40% of women take seven and more medical drugs. In this group, 40% have symptoms of dementia and/or depression. The review article stipulates a statistical life expectancy of another 16 years for 70 year olds and of nine further years for 80 year olds. According to figures from the German Federal Statistical Office (1/2010), 25% of these can expect a maximum of three more years. It should be borne in mind that the manifestation of breast cancer is encouraged by common metabolic problems such as obesity and diabetes. This means that in 70 year old women receiving treatment for breast cancer for the first time, multimorbidity is almost the norm. In view of the associated polypharmacy, the authors point out many unknown interactions with chemotherapy and tamoxifen treatment (the latter is impaired if the patient is being treated with tricyclic antidepressants).

In a large study (n=395 000) the causes of death in women older than 70 were interesting: in women with localized breast cancer, who are predestined for adjuvant therapy, 17% died from the cancer; whereas other causes of death were reported for 82%—five times as many.

If no systemic treatment is given after mastectomy, disease free survival in women older than 70 after 12 years’ observation is comparable to that of women younger than 70 (2).

70-year old breast cancer patients with fewer than three comorbidities have a life expectancy of nine years and 79 year olds without comorbidities of 15 years (3).

These study data do not serve to promote undertreatment with worse survival rates. But the current health status should be summarized in a multidisciplinary fashion and assessed by a geriatrician. In gynecological oncology, instruments such as the Charlson comorbidity index should be used to assess morbidity and mortality in older women.

Conflict of interest statement
Professor Wenderlein has received participation fees for a conference and travel and hotel expenses from medac. Furthermore he has received honoraria for preparing scientific continuing medical educational events from Jenapharm. 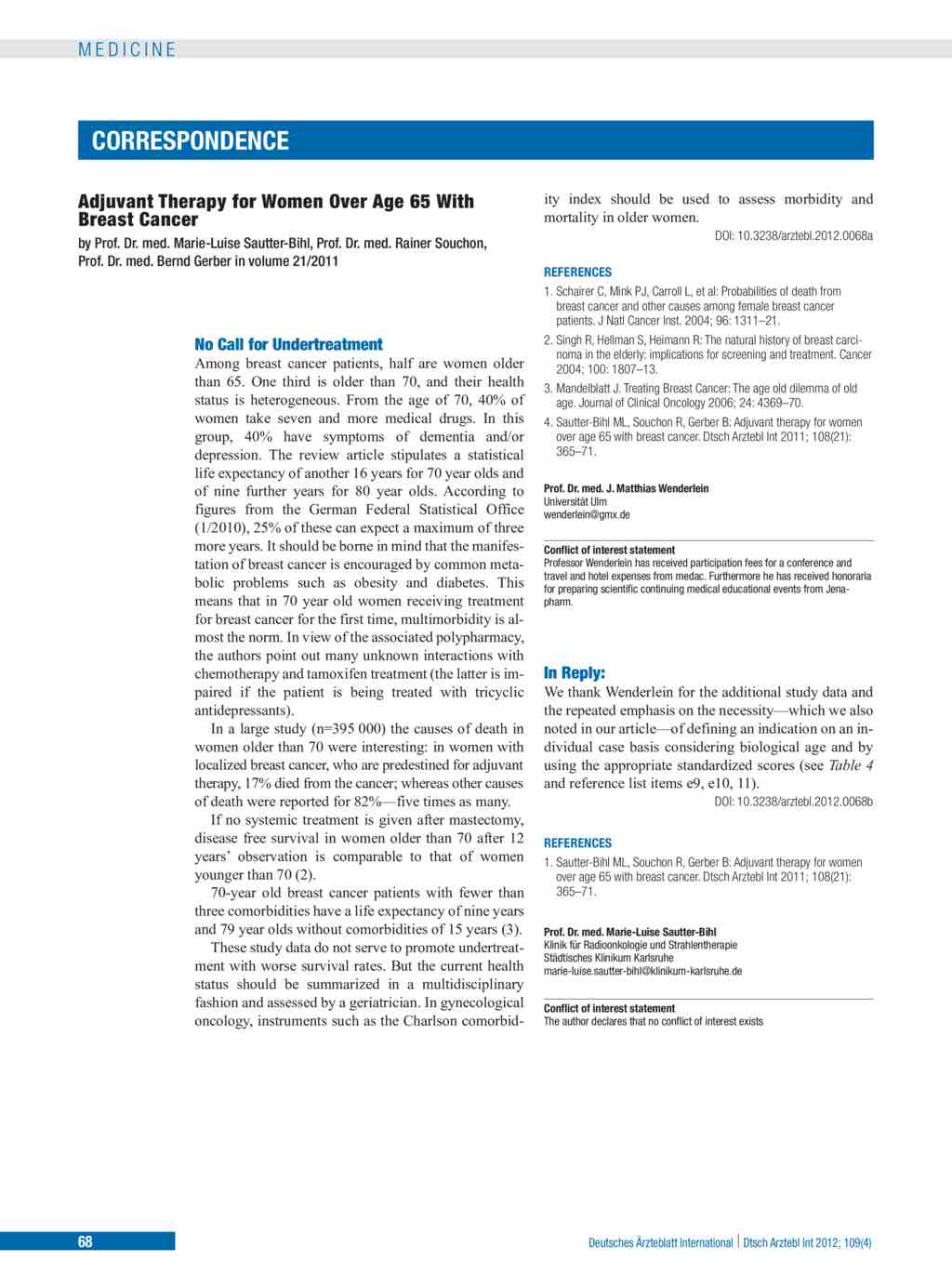