Patient safety in surgical procedures takes priority in making the decision on which method should be used. Fortunately, perioperative complications are rare in total endoprosthesis of the hip. This makes it difficult to draw evidence based conclusions in terms of assessing and balancing the risks of simultaneous bilateral surgery and two-stage surgery, where patient receive one implant at a time. We have seen no joint infections, joint dislocations, or clinically detectable thromboembolic events in any single one of our simultaneous procedures over the past five years (n=77).

As we explained in our article, meta-analyses have found no statistically significant differences regarding the mentioned risks (1). The two-stage procedure, however, entails the risk for the patient of developing thromboembolism on two separate occasions.

The results of an analysis of all total endoprostheses of the knee in the United States in 1998–2006 seem important: according to this analysis, the morbidity and letality risk increase if during inpatient treatment the second procedure is performed at a later stage. For this reason, this method should not be used (2).

In our opinion, the only disadvantage for the patient is the increased need for blood transfusions. In our prospective study (with 30 patients, respectively), donor blood was transfused in four patients who had had a simultaneous procedure but in only two patients who had had a unilateral procedure. However, bearing in mind that bilateral osteoarthritis of the hip and two unilateral procedures may require blood transfusion on two separate occasions, then this disadvantage is also immaterial. 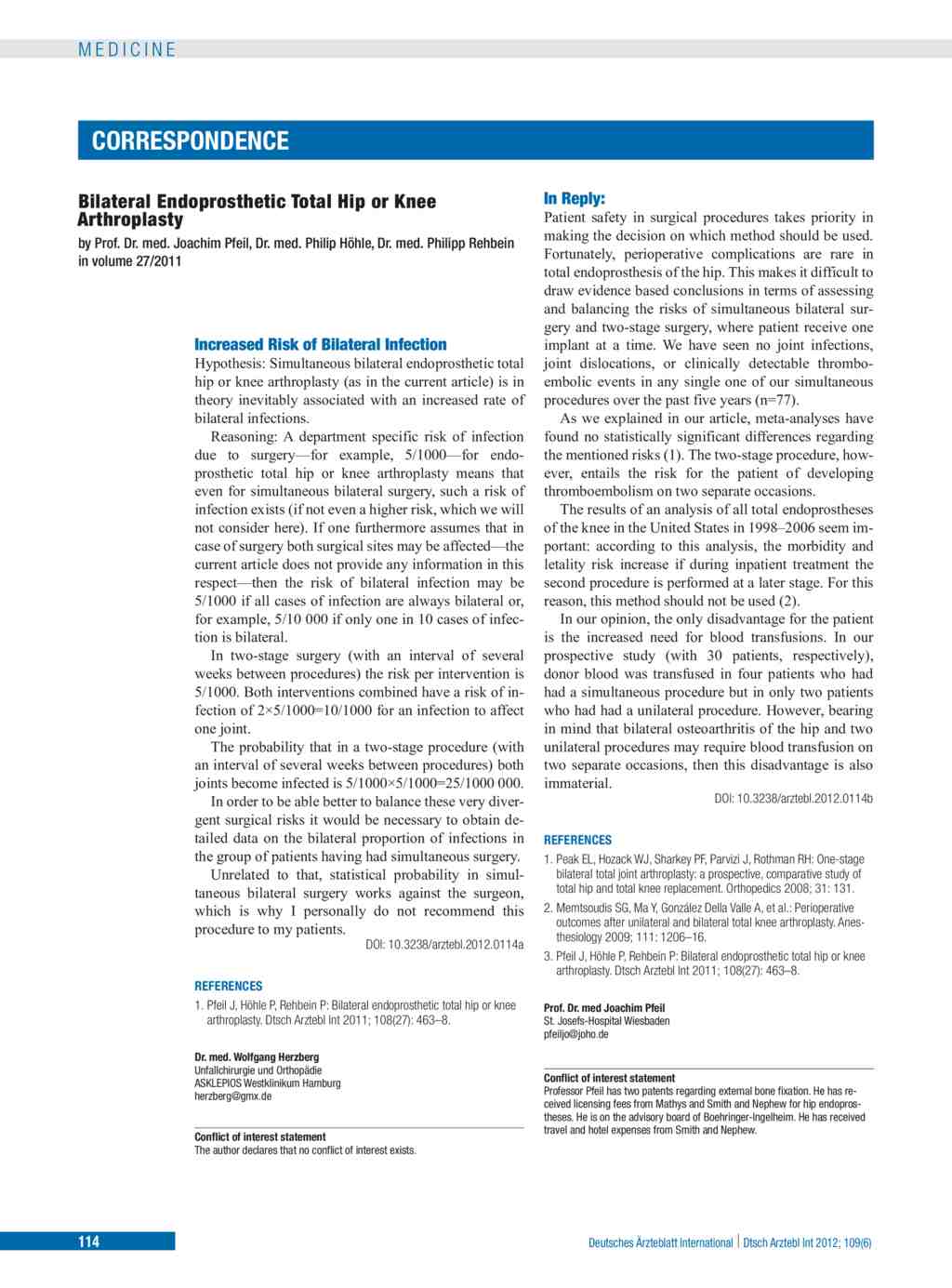