Outpatient Hysterectomies Were Not Included

Sometimes I wonder just what the point of certain statistical analyses might be. In the above article, the authors present total hysterectomy rates and the different approaches to the procedure in Germany.

The authors based their article on data from nationwide diagnosis-related groups (DRG) from 2005 and 2006. But these data reflect only the services provided by hospitals. The authors know this because they say that outpatient hysterectomies can be ignored as “day-surgery hysterectomy is rare in Germany.” In this context they cite a study from 2007. However, the very study reported by Salfelder et al. says that the rates of day-surgery hysterectomies are rising. In the „Tagesklinik Altonaer Straße“, a Hamburg-based day clinic, some 150 outpatient hysterectomies were performed in 2005 and 200 in 2006. The study reported by Salfelder et al. also points out the day surgery centers of the Velen Working Group for Outpatient Surgery, which also deliver hysterectomy surgery on an outpatient basis.

Add to this the multitude of gynecological practices that conducted considerable numbers of hysterectomies on an outpatient basis as early as in 2005 and 2006.

According to statistical data, 9222 hysterectomies were performed in 2005 in the federal state of Saxony. Bearing in mind that Saxony has several day surgery centers that also perform hysterectomies on an outpatient basis, then it is highly questionable whether the statistical analysis of the number of hysterectomies performed in Germany that is presented in the article is actually in any way meaningful.

Furthermore, I think that the negative consequences of bilateral ovariectomy that were mentioned in the conclusion fall outside the scope of the article. 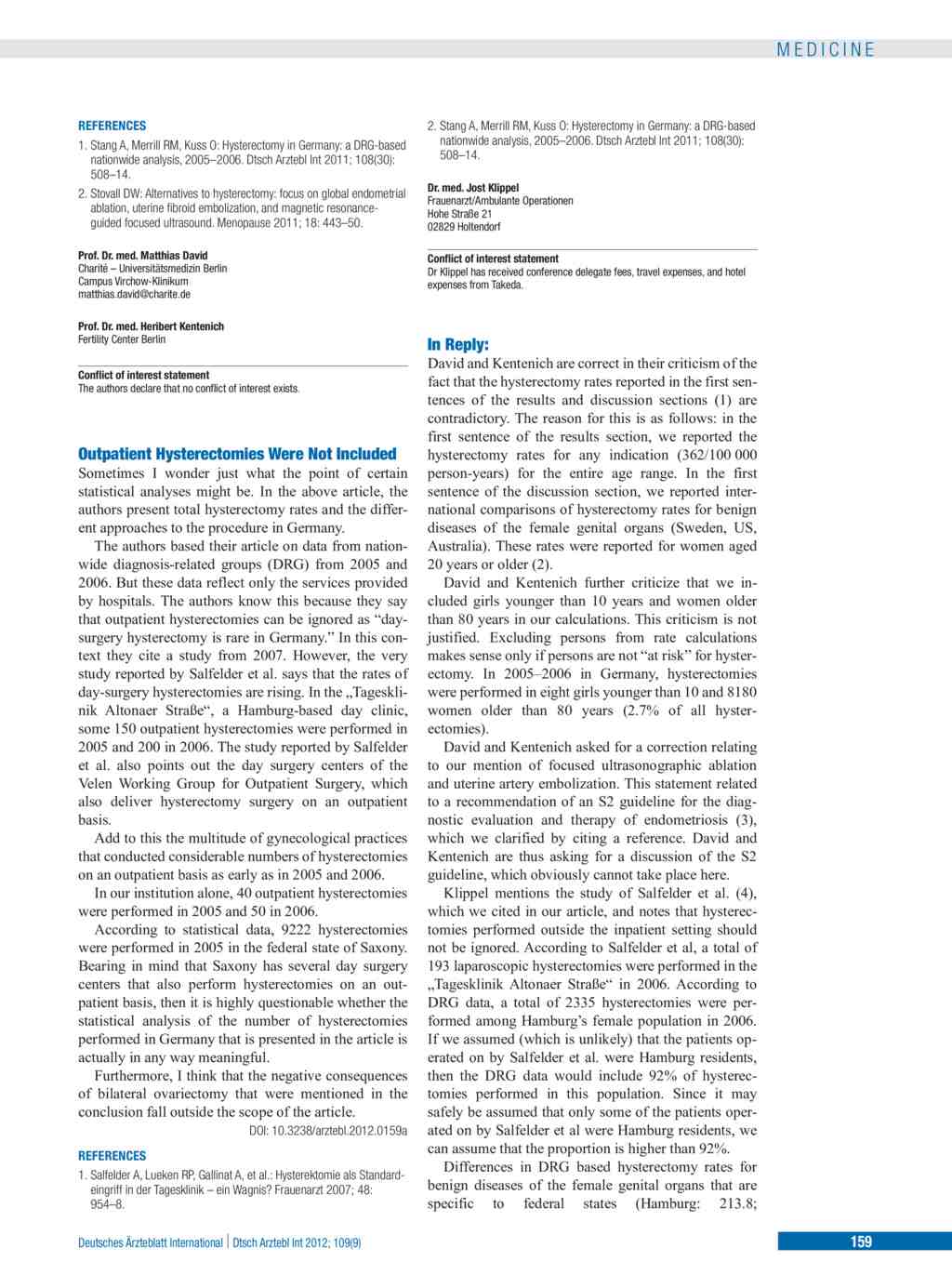