Cases of sudden cardiac death in sport in younger people are primarily caused by cardiac disorders with a genetic background, such as hypertrophic cardiomyopathy, arrhythmogenic right ventricular cardiomyopathy (ARVC), familial dilated cardiomyopathy, and disorders of ion channels. Because of a lack of studies, reliable risk stratification is not possible. For this reason, any recommendations issued by specialist societies tend to be defensive. However, declaring participation in competitive sports as generally off limits, such as is recommended in the article by Beckmann et al (1), is not justified in terms of individual situations.

Athletes characterized as genotype-positive/phenotype-negative pose a particular challenge. US guidelines allow their participation in competitive sports (2), whereas European guidelines allow merely recreational sports (3). Since penetrance is variable, not every carrier of a pathogenic gene for example for hypertrophic cardiomyopathy develops pathological hypertrophy with an arrhythmogenic substrate. The argument in favor of competitive sports is supported by the fact that no data exist that would justify stopping athletes with a positive genotype, but a normal medical history and without any sign of a pathological clinical finding, from participating in competitive sports. Regular re-evaluation by a physician is however mandatory. The restrictive European recommendations are based on the hypothesis that competitive sports might trigger cellular mechanisms that induce a pathological phenotype (4). Ultimately, the controversial expert opinions show that especially in professional athletes, the decision whether the athlete is fit to compete must be made on an individual basis.

Differences between types of competitive sports should also be taken into consideration. Types of sports with low static and dynamic stress, such as golf or ninepin bowling, can be pursued competitively even in the presence of arrhythmogenic genetic cardiac disorders. Again, the European guidelines are more restrictive and limit this to hypertrophic and dilated cardiomyopathy with a low risk profile (2, 3). 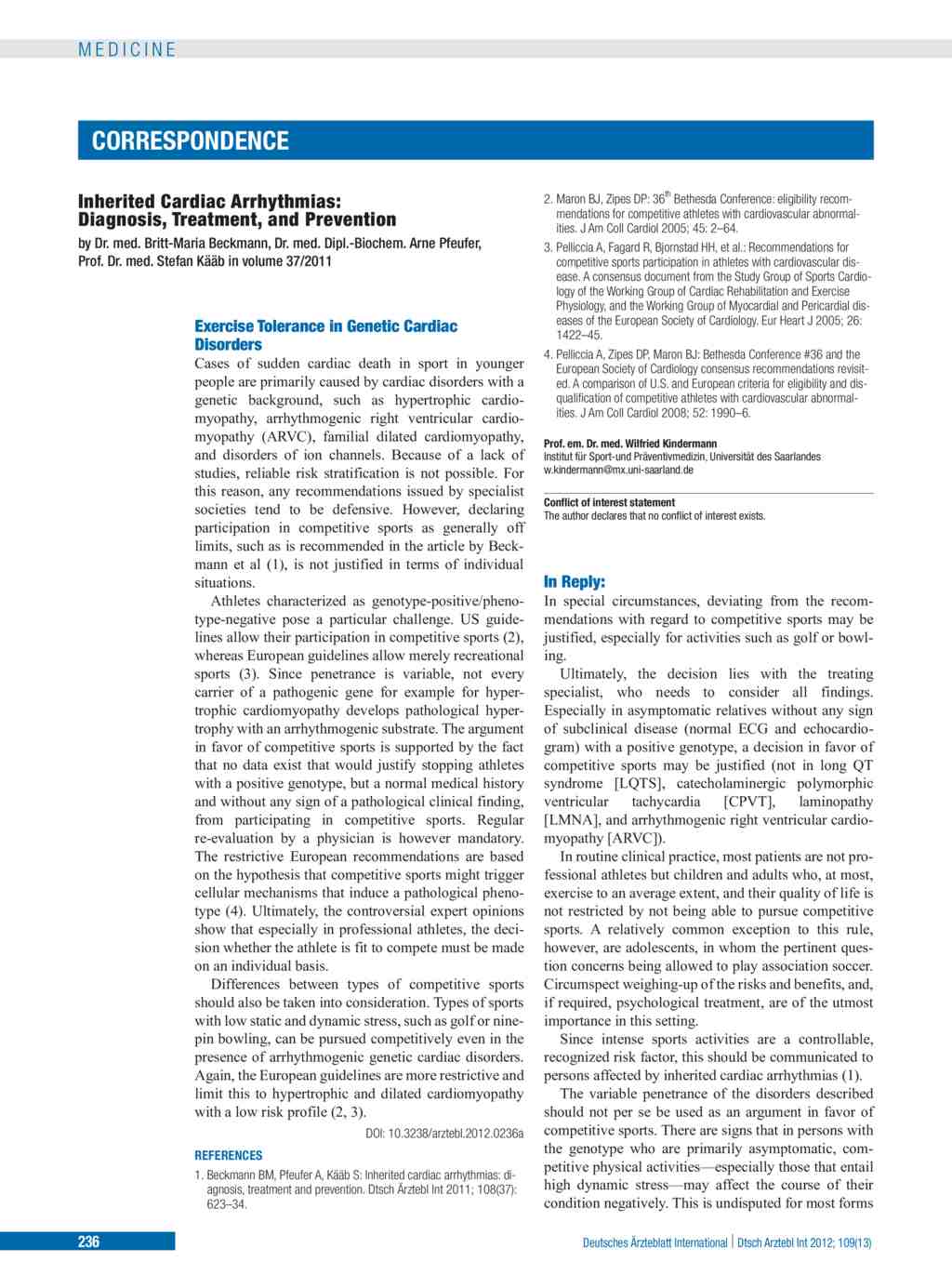