In almost all published cases that were included in our table, in whom treatment with psychotropic drugs triggered prolongation of the QTc interval or even episodes of Torsade de Pointes, several additional risk factors were present. These included hypokalemia (prevalence 13–16%; 20% in women older than 65) and hypomagnesemia (prevalence 5–15%; 38% in geriatric patients), which often go together and per se may cause ventricular arrhythmias. Both risk factors can be caused not only by diuretics, proton pump inhibitors, glucocorticoids, and laxatives, but can exist independently, often in a setting of alcohol misuse, malnutrition, and heart failure (owing to secondary aldosteronism). Since the serum concentration of magnesium reflects intracellular magnesium concentrations only to an unsatisfactory extent and since magnesium deficiency may be present in normal magnesium concentrations (0.73–1.06 mmol/L), it is recommended that physicians prescribe potassium and magnesium preparations (40 mmol/day and 10 mmol/day) in order to balance out hypokalemias. Both electrolytes should be monitored in high risk patients receiving psychotropic drugs and should be kept within a high normal range.

We wish to mention that Lundbeck and the Federal Institute for Drugs and Medical Devices (Bundesinstitut für Arzneimittel und Medizinprodukte, BfArM) informed informed prescribers on 31 October and 5 December 2011 by means of ‘Dear Doctor Letters’ (Rote-Hand-Briefe) on cipramil (citalopram) or cipralex (escitalopram) and, respectively, about the increased risk of dose-dependent prolongation of the QTc interval in patients. The letter recommended restricting the daily maximum dose of citalopram to 40 mg. Patients older than 65 should not take more than 20 mg citalopram per day/10 mg escitalopram/d. Taking citalopram and escitalopram in addition to other drugs prolonging the QTc interval is contraindicated. It is to be expected that at least the changes for prescribing cipramil outlined in the letter will be extended to include all citalopram preparations and then become legally binding. 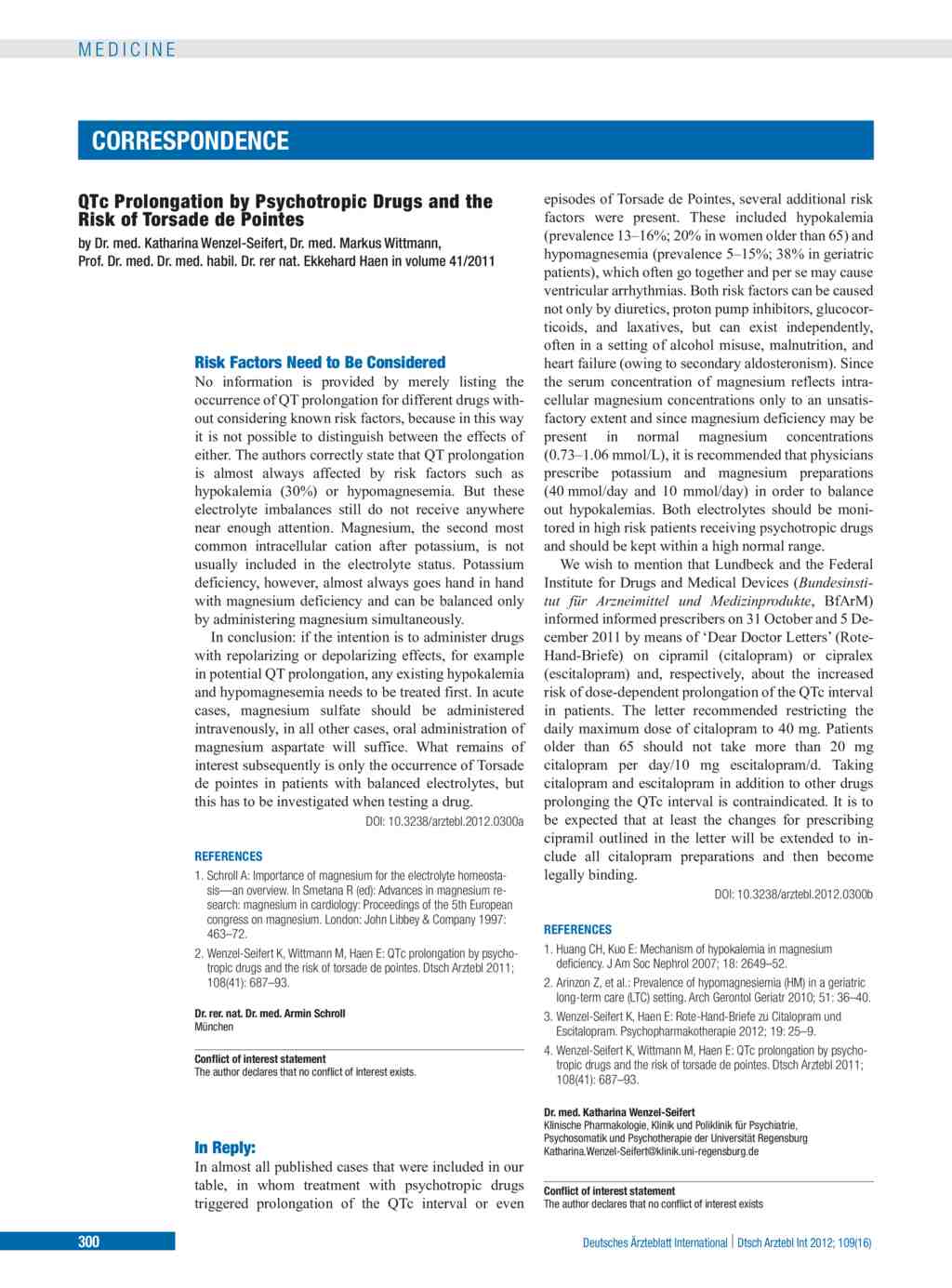