Doctors participating in the delivery of healthcare services in care homes have an important role with regard to defining the indication for protective measures, in the sense of freedom-restraining measures (FRM), not only in the context of urgent cases or the emergency setting.

Those who know the legal strategies known as the Werdenfelser Weg (Werdenfels care pathway) may from a forensic-psychiatric perspective arrive at the hypothesis that shared responsibility with doctors is considered increasingly less important. The Bochum appeal to avoid FRM, launched on the 24th mental health court west, contains the following: “Freedom restraining measures are not unavoidable. Thanks to a joint initiative of the responsible court and authorities in the rural district Garmisch-Partenkirchen, the local care facility has become almost entirely free from using restraints within two years.”

A publication by the Freiburg Institute for Applied Social Sciences (AGP (Alter, Gesellschaft, Partizipation. Institut für angewandte Sozialforschung, Freiburg) provides the information that a study project entitled “Reducing freedom restraining measures,” funded by the Federal Ministry of Family Affairs, Senior Citizens, Women and Youth (German: Bundesministerium für Familie, Senioren, Frauen und Jugend), showed that during the study period, FRM were either not used at all in up to 20% of affected care home residents, or the duration of their use was restricted. Effective alternatives were developed and tested.

It is therefore of the utmost importance to conduct these measures in a technically correct way, and that the treating physicians retain a technically advisory, evaluating function. 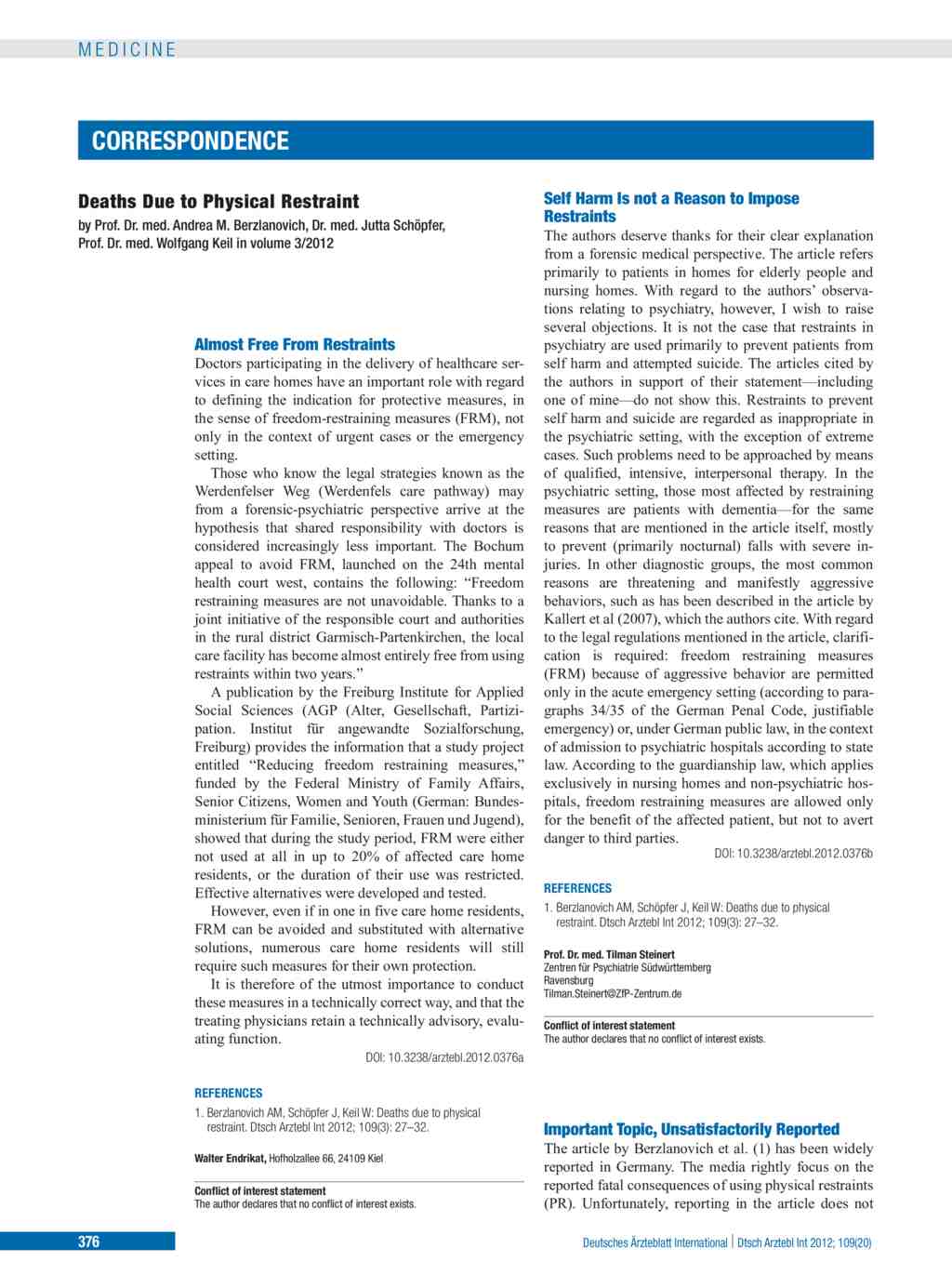