In our publication we addressed the issue of alternative treatment options, which was raised by our correspondent. As mentioned in the publication, alternative treatments may be lacking and therefore testing only against a placebo may have been unavoidable. Such cases mostly relate to approvals for drugs for rare diseases (orphan drugs), which we excluded from our study, and is far less common for drugs without orphan drugs status (1). In the individual case scenario it is not always possible to clearly determine whether therapeutic alternatives existed at the time the pivotal trials were being planned and conducted. In our publication we therefore restricted ourselves to describing if data from active comparator trials were available at the time a drug was launched into the market. Indisputably, there are indications— such as in oncology in particular—where a new drug is tested exclusively against placebo, since it constitutes the only alternative after available treatment options have been exhausted. However, there are other cases where drug approval is restricted to second-line treatment following risk-benefit evaluation and not due to the fact that its efficacy has been shown in patients who did not respond to available treatments. In such cases forgoing to use an active control does not seem to be justified without doubt. In the publication cited by our correspondent, the authors refer to add-on designs without even mentioning the comparator treatments used. This, in our view, does not yet prove that testing exclusively against placebo was done out of “unavoidable necessity”. 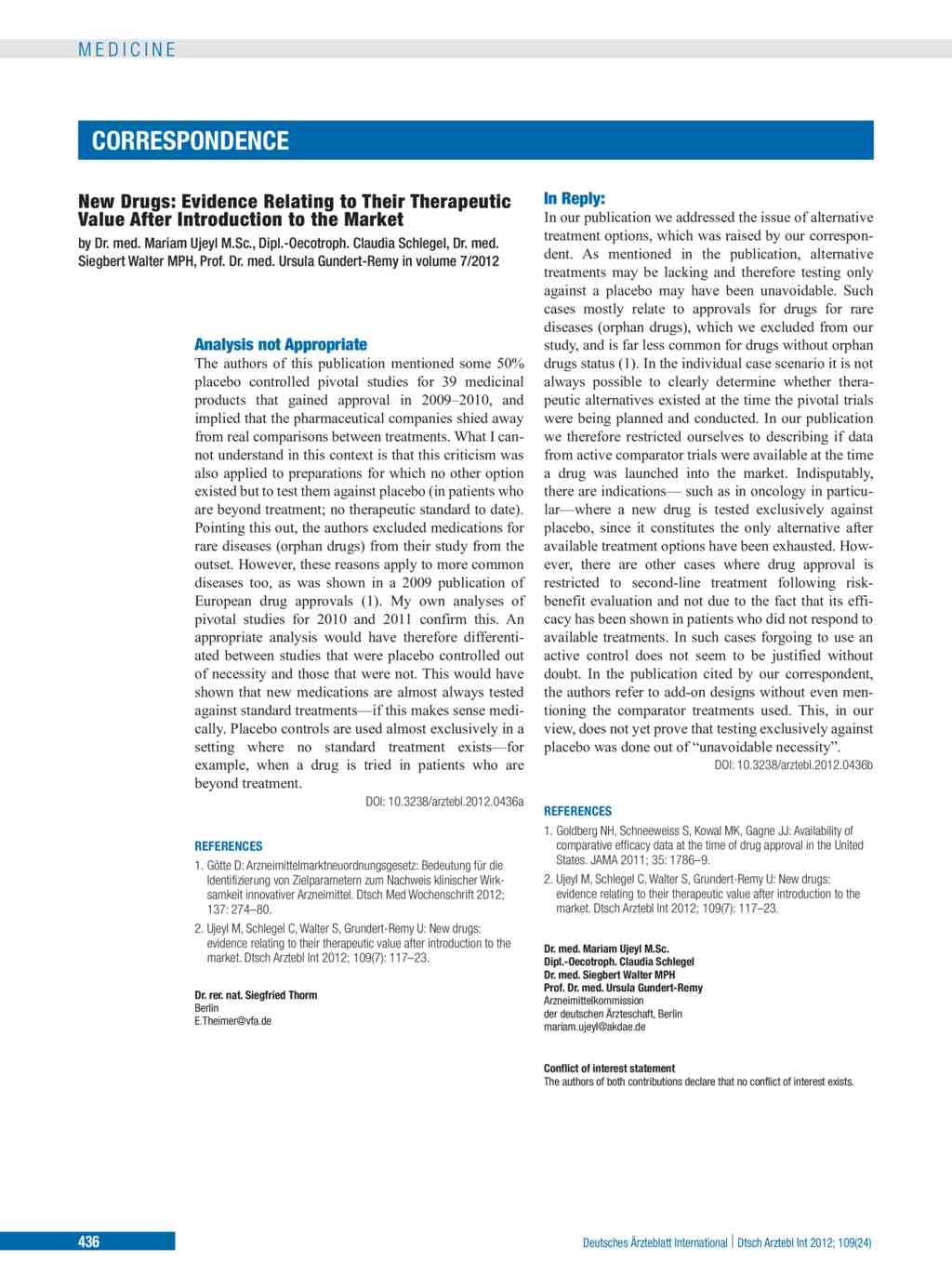