I am missing critical commentaries with regard to several of the listed medical therapeutic options, some of which are rather questionable, even though it is obvious that extensive discussion of the literature is not possible in the confines of a review article. To give but one example: rifaximine is listed as an option with evidence level A. The cited TARGET study, which this assertion is based on, was funded by the manufacturers and reported improved symptoms in only 10% of patients compared with placebo. In terms of clinical relevance this is clearly on the borderline. Even if one “believes” the results, they hardly justify treatment with an expensive substance (therapy/patient >400€, without effect in 90%) whose long-term side effects, such as the destruction of the gut flora, are entirely unknown. I refer readers to the assessment in the Arzneimittelbrief (2011, 45, 14a).

Listing bulking agents, and “phytotherapeutic agents” in particular, as therapeutic options is too undifferentiated. Ford et al found in a meta-analysis of randomized controlled trials (BMJ 2008, 337, a2313) a positive effect for plantago (NNT 11), but not wheat bran. Peppermint oil has been found effective as a phytotherapeutic agent (NNT 2.5). 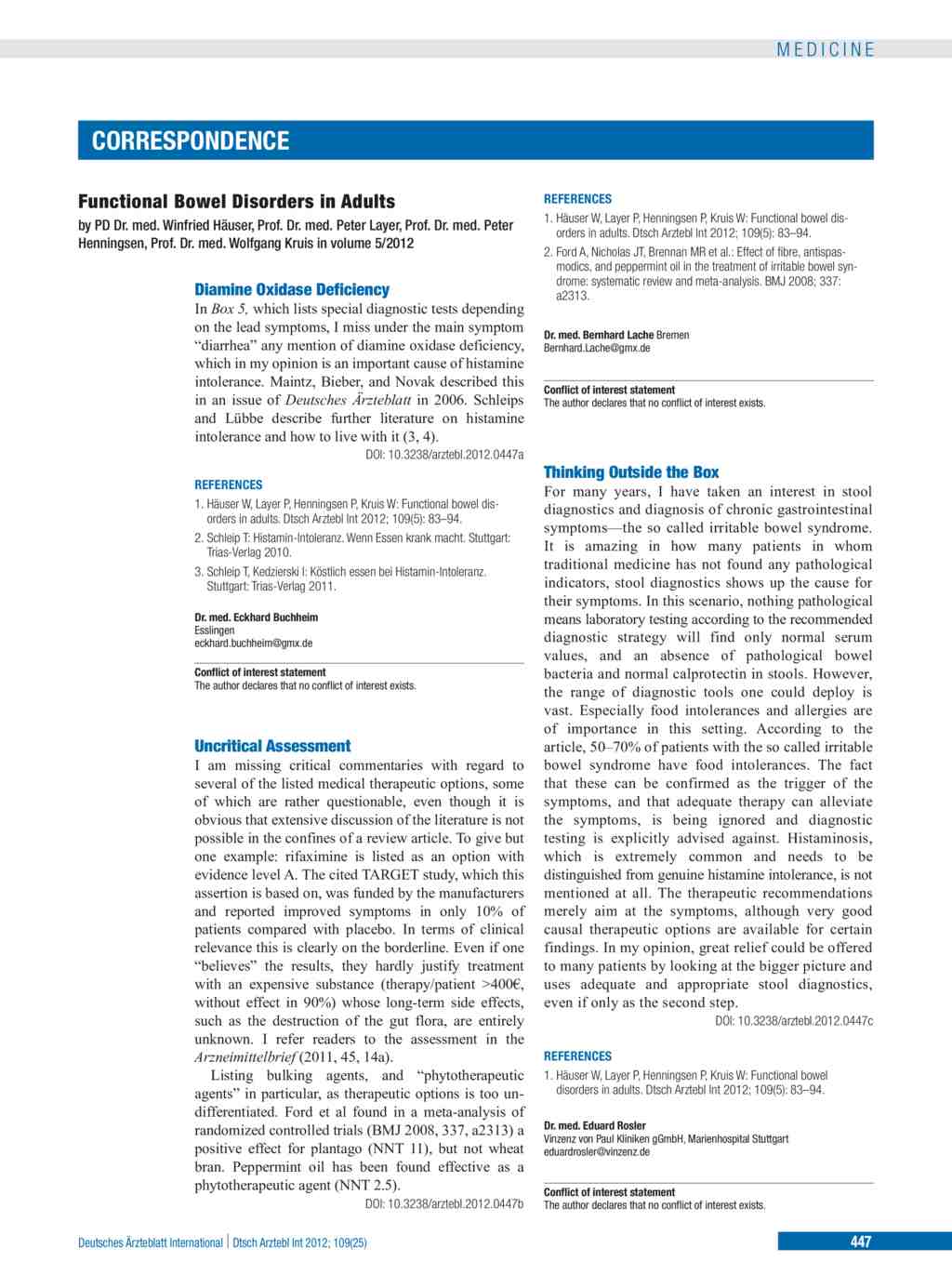