Evidence Needs to Be Presented

It is important in this context to present evidence from controlled studies, which is by its very nature limited. With this background, it is worth mentioning a randomized controlled study by Wisner et al (1), in which 22 pregnant women without current depression, who had a medical history of at least one postpartum major depression , were treated with sertraline (initially 25–50 mg, target dose 75 mg) for 20 weeks immediately after giving birth. 1 in 14 patients taking sertraline had a recurrence compared with 4 out of 8 patients taking placebo; the difference reached significance.

In spite of methodological problems (small number of cases, no statistical adjustment for the number of depressive episodes) pharmacological prophylaxis should be considered in pregnant women whose medical history includes depressive episodes. The risk of recurrence in a new pregnancy after previous postpartum depression is high, at 25% or more (2). According to the Embryotox database, sertraline passes into the neonatal plasma only in traces in breastfed infants (3). In terms of balancing risks and benefits, prophylactic treatment with sertraline is therefore a justifiable option. 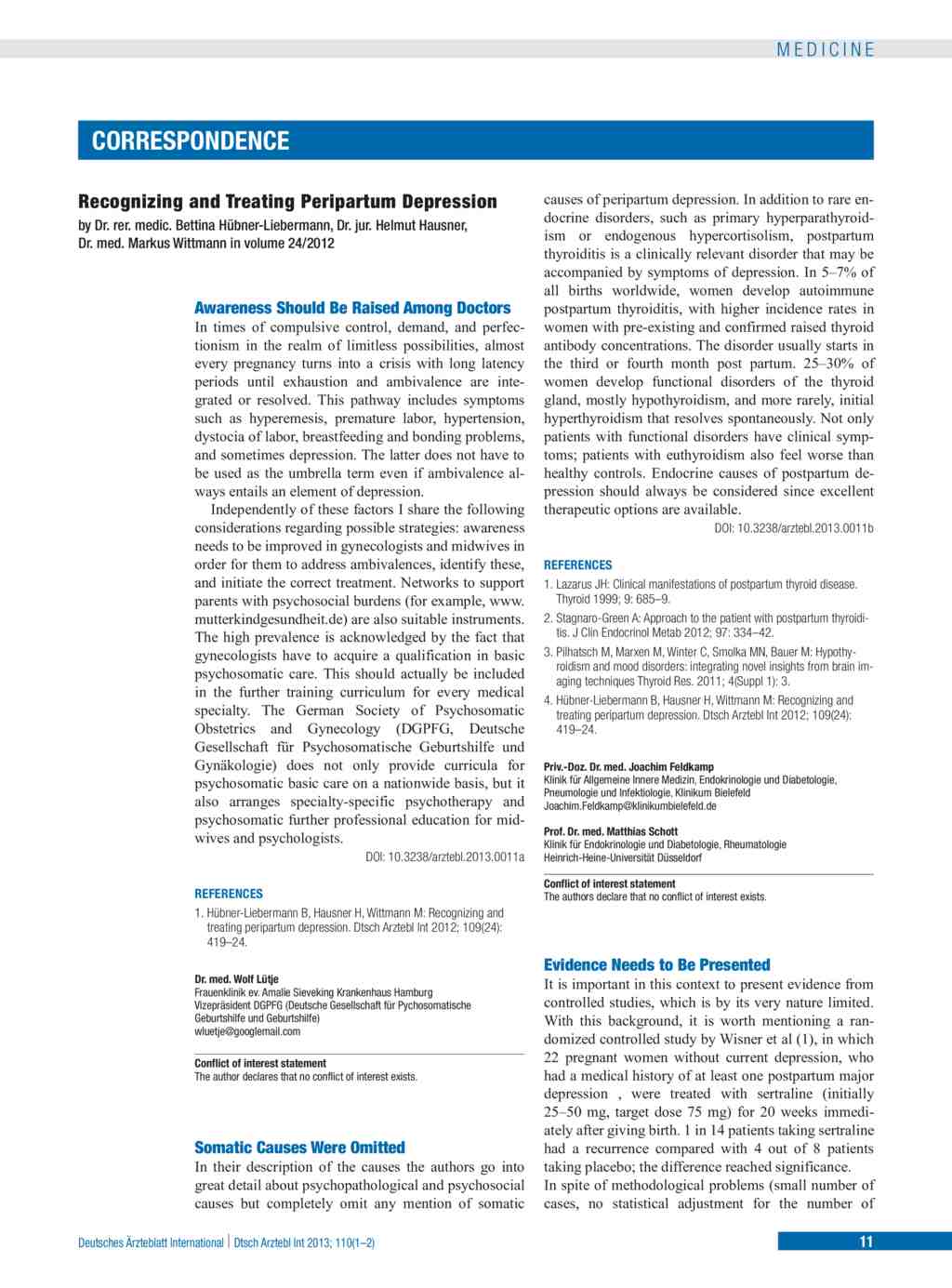