Metabolic Derailment Should Be Considered

A maternal deficiency in ornithine transcarbamylase (OTC) is a rare but sometimes very impressive cause of peripartum depression in mothers. This is an X-linked inherited metabolic disorder of the urea cycle. Male patients are usually severely affected, while symptoms in hemizygous females are often mild. Female patients complain of headaches and difficulties in concentration; stress—such as pregnancy or giving birth—may trigger metabolic derailment, which is facilitated by a catabolic state. This may manifest as depression or psychosis.

This metabolic disorder can be diagnosed by measuring blood concentrations of ammonia, which are notably raised. Orotic acid concentrations in blood/urine are also typically elevated.

Specific treatment is available for this particular type of postpartum depression. The treatment consists of ‘high energy’ nutrition (via glucose/fat) in order to trigger an anabolic state, substitution of citrulline, and administration of “scavengers” that bind nitrogen and eliminate this via urine independently of the urea cycle. In most cases, peripartum depression can be controlled using this approach.

Professor Das has received honoraria for acting as an adviser and expert referee, honoraria for conducting commissioned clinical studies, and funding for a research project he initiated, all from Cytonet. He has received moneys from Swedish Orphan Biovistrum for preparing scientific advanced training events. 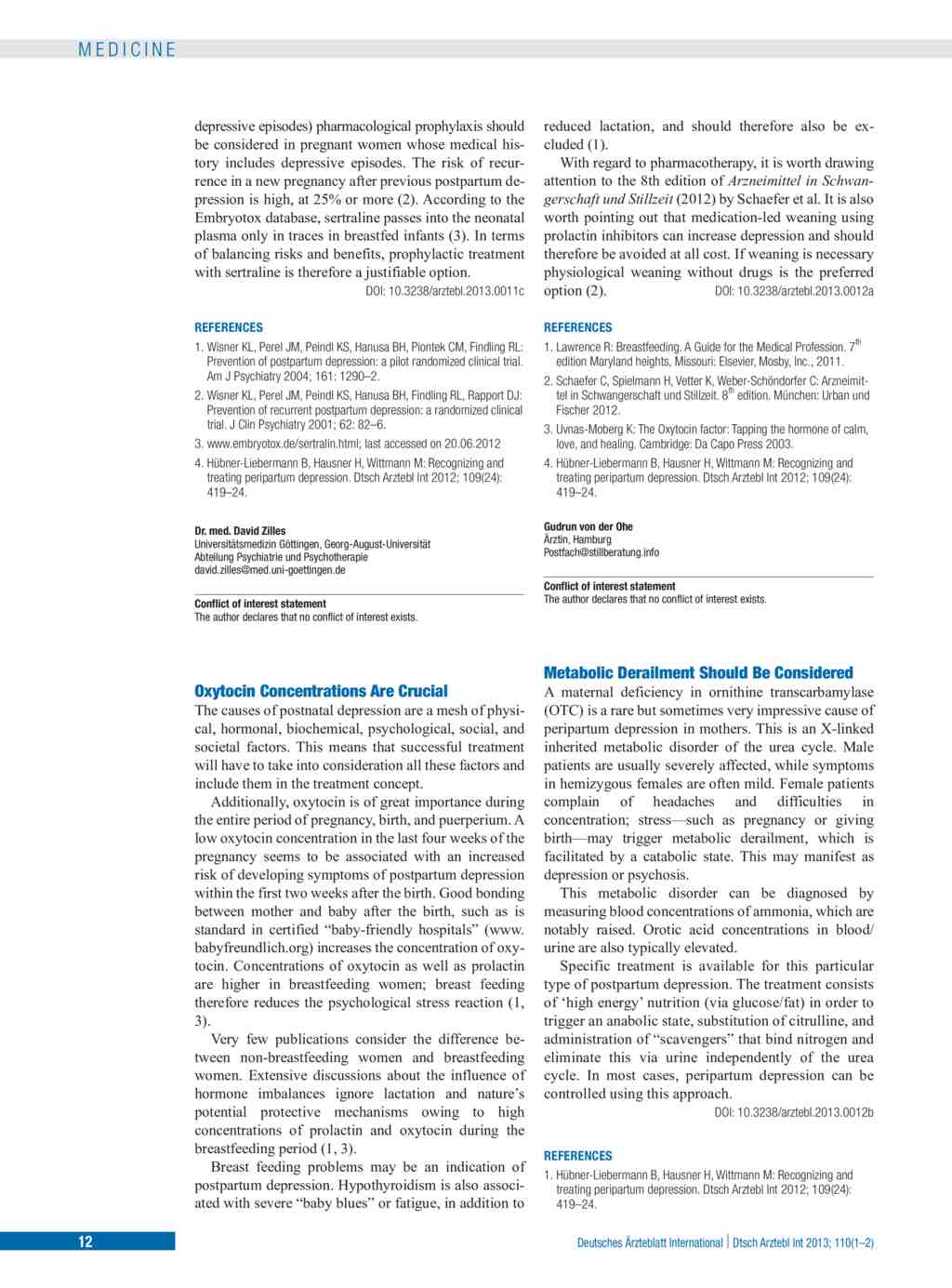