Potential allergens also include proteins and substances used in the clarification of wine: fish gelatin or isinglass, protein from chicken eggs (ovalbumin), milk (casein) products, rubber arabicum, lysozyme, pectinase, cellulose, glucosidase, urease, and aroma enzymes (1). Furthermore, moulds—especially Botrytis cinerea, which is responsible for noble rot in grapes—as well as insect proteins (for example, wasp venom or bee venom), which may have contaminated the mash during the pressing process, play an allergenic part that should not be underestimated (1, 2).

Triggers for allergic intolerance reactions such as headaches or migraine after ingestion of red wine may also be the phenolic flavonoids that are present in the skin of the grapes (anthocyanins and catechins), because they inhibit catechol-O-methyltransferase in the intestinal wall as well as the phenol sulfotransferase. Other non-organic ingredients, such as the ethanol metabolite acetaldehyde and acetic acid, also play a part in wine intolerance—often in the shape of urticaria (1).

The intolerance to alcohol in general that was observed by the authors is supported by a representative survey in adults in Copenhagen (4142/6000=70.7% response rate), which showed a prevalence of hypersensitivity reactions after alcohol consumption (especially red wine) of 8% (3, 4).

In Bavaria, for example, all superior quality wines have to be examined by the Bavarian Health and Food Safety Agency, in order to ensure that the legally defined upper limits of sulfur dioxide are adhered to. In order to protect consumers from intolerance reactions to sulfites, this type of state controlled wine examination in addition to the official testing number on the label would also be desirable for other German states.

Conflict of interest statement
The author is employed by the Consumer Centre of the German Federal State of Bavaria. 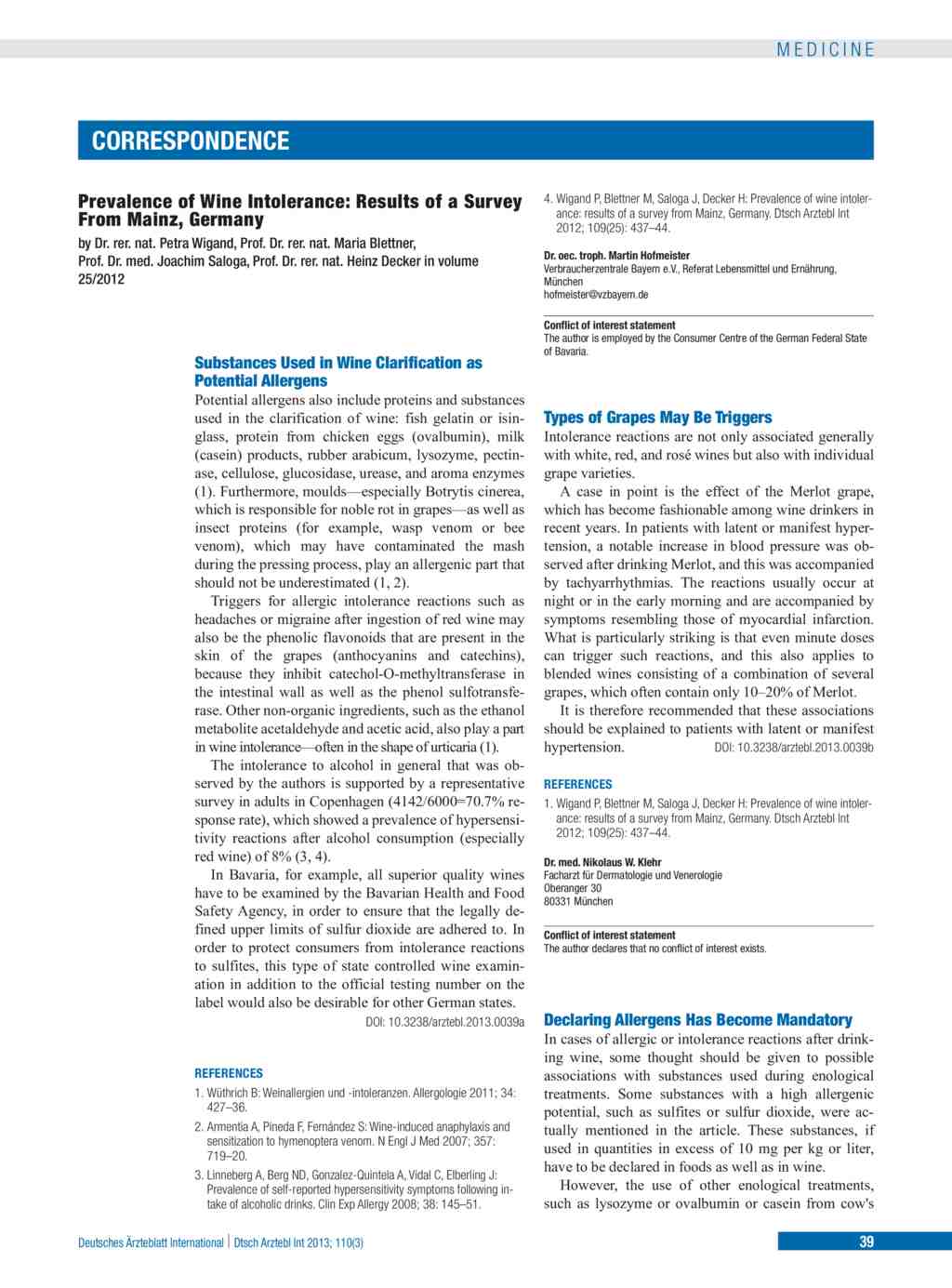