Dr Bauß’s letter to the editor provides an opportunity to address the impact of experiences and insights from hypnotherapy and hypnosis research on the improvement of communication between doctors and patients. Words and non-verbal signals are effective not only because of expectations and conditioning, such as is known from placebo/nocebo research, but also directly as suggestions, that is, by triggering and responding to intense internal images. The negative effect of the well-meant exhortation: “Don't worry!” is explained primarily by the strong word “worry,” and the fact that suggestions are more strongly effective in the natural trance that is often seen in patients in medical situations or on the dentist’s chair, whereas negations or diminutives are hardly effective. The timing of the discussion between doctor and patient is also important: negative suggestions in a medical consultation have a particularly strong effect on the eve of a surgical procedure, when the patient’s fears and suggestibility are at their highest. The extent of the effect of negative suggestions results mainly from the context, that is, the patient’s life story (including previous experience of the medical system) and the (positive or negative) quality of the therapeutic relationship.

The publication mentioned by Bauß is based on cases from medical practice. In this sense we would like to encourage the readers of Deutsches Ärzteblatt to send us further examples of negative suggestions in everyday clinical practice and also of better ways of wording. We will be able to use those examples in communication training sessions for doctors. In individual hospitals and dentist’s surgeries, these seminars have already triggered a sustained process of awareness of negative suggestions and the development of medical communication that promotes unspecific positive active factors. 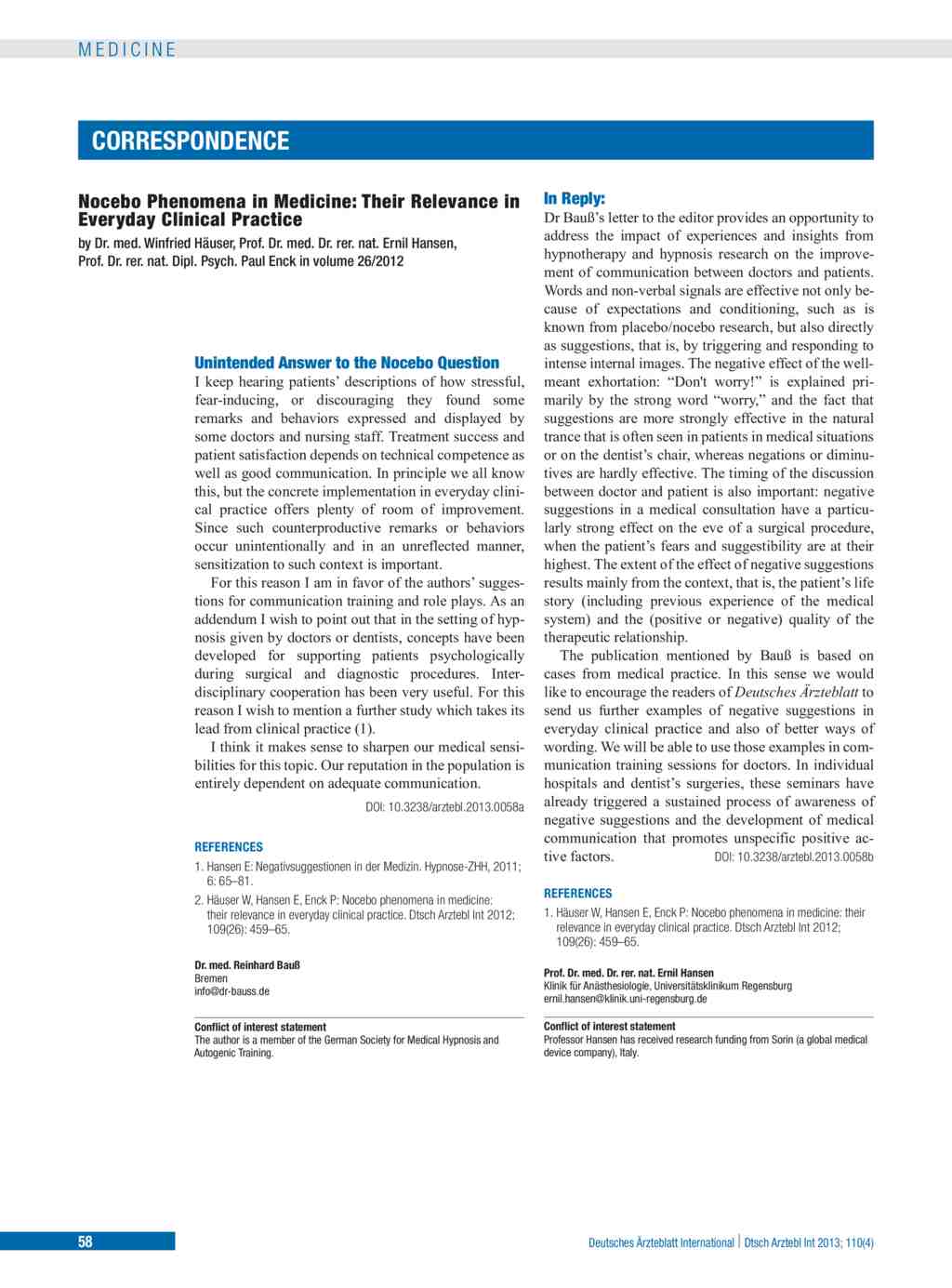