In their review article, the authors provide an overview of the indications for liver biopsy. They discuss biopsy of focal solitary and multiple hepatic lesions and mention the problem of biopsy-track metastases (1). The relevant data are heterogeneous, as the authors themselves pointed out.

This complication has to be considered and included early on in the clinical process of making a diagnosis, especially in patients in whom surgical-curative treatment is an option (2–4). It seems important to refer such patients early on—that is, before the planned biopsy—to a multidisciplinary team for further investigation, such as is common practice in so called tumor boards (2).

The authors mention that in a 2008 meta-analysis, biopsy-track metastases did not affect patients’ survival. The literature (for example, a 2009 review) indicates that, in addition to repeated treatment, the biopsy of malignant hepatic lesions can also have a negative effect on patients’ survival (2). It was also mentioned that biopsy does not necessarily confer a diagnostic advantage compared with the combination of non-invasive imaging procedures and measuring of tumor markers.

A retrospective study found that the possibility of biopsy-track metastases also existed in patients with well differentiated primary tumors (4). This may indicate that metastasis after percutaneous biopsy is independent of the degree of differentiation of the primary malignancy.

Laparoscopic biopsy is an alternative option to avoid this complication, and it offers the twin advantages of being able to assess intraperitoneal organs and structures and to immediately initiate an intervention if complications occur during the tissue removal. 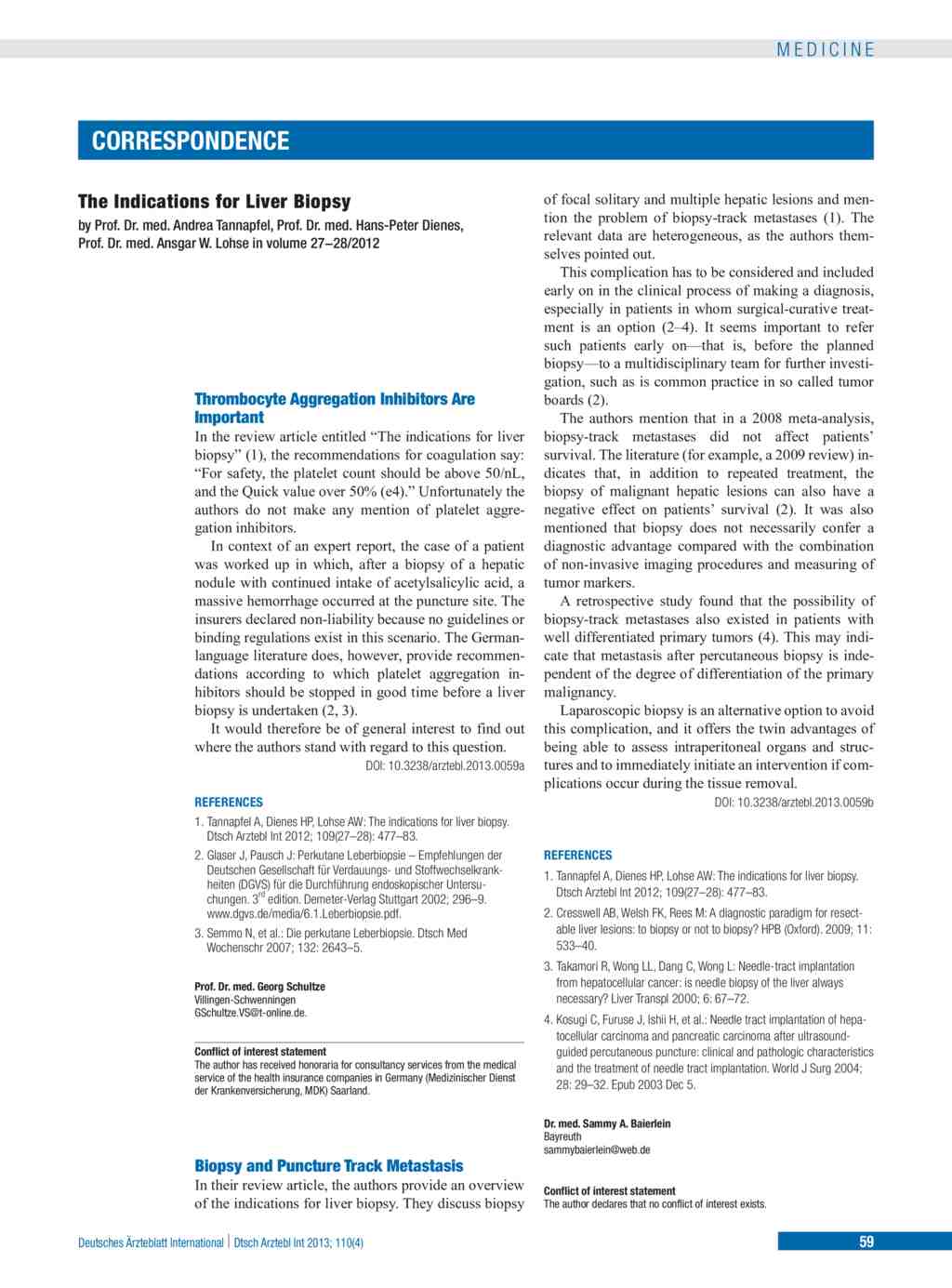