The study reported by Kutschmann et al (1) shows that the mortality risk for very low birth weight infants is 34% higher in hospitals with less than 30 preterm infants < 1250 g birth weight per year compared to hospitals with higher patient volumes. Since the risk adjusted mortality in many small centers was below average, whereas it was above average in some larger centers, the authors conclude that the caseload is not a suitable indicator of the quality of care. According to the laws of stochastic processes, however, the wide variance of mortality in small centers may actually be the result of the small caseload per center. The lower mortality rate in some small hospitals over a time period of three years may thus be merely an effect of a lower caseload, not an argument against the regionalization of care for very premature infants, which makes sense for various other reasons too.

In spite of risk adjustment, mortality was systematically calculated to the disadvantage of perinatal centers.

In adjusting the risk, parameters were considered that include poor basic care given to preterm infants (baseline deficit, maximum FiO2) as a risk-increasing factor. These variables reflect, however, the competence of the obstetric and neonatology team; including these into the risk adjustment blurs differences in the treatment quality of different centers. 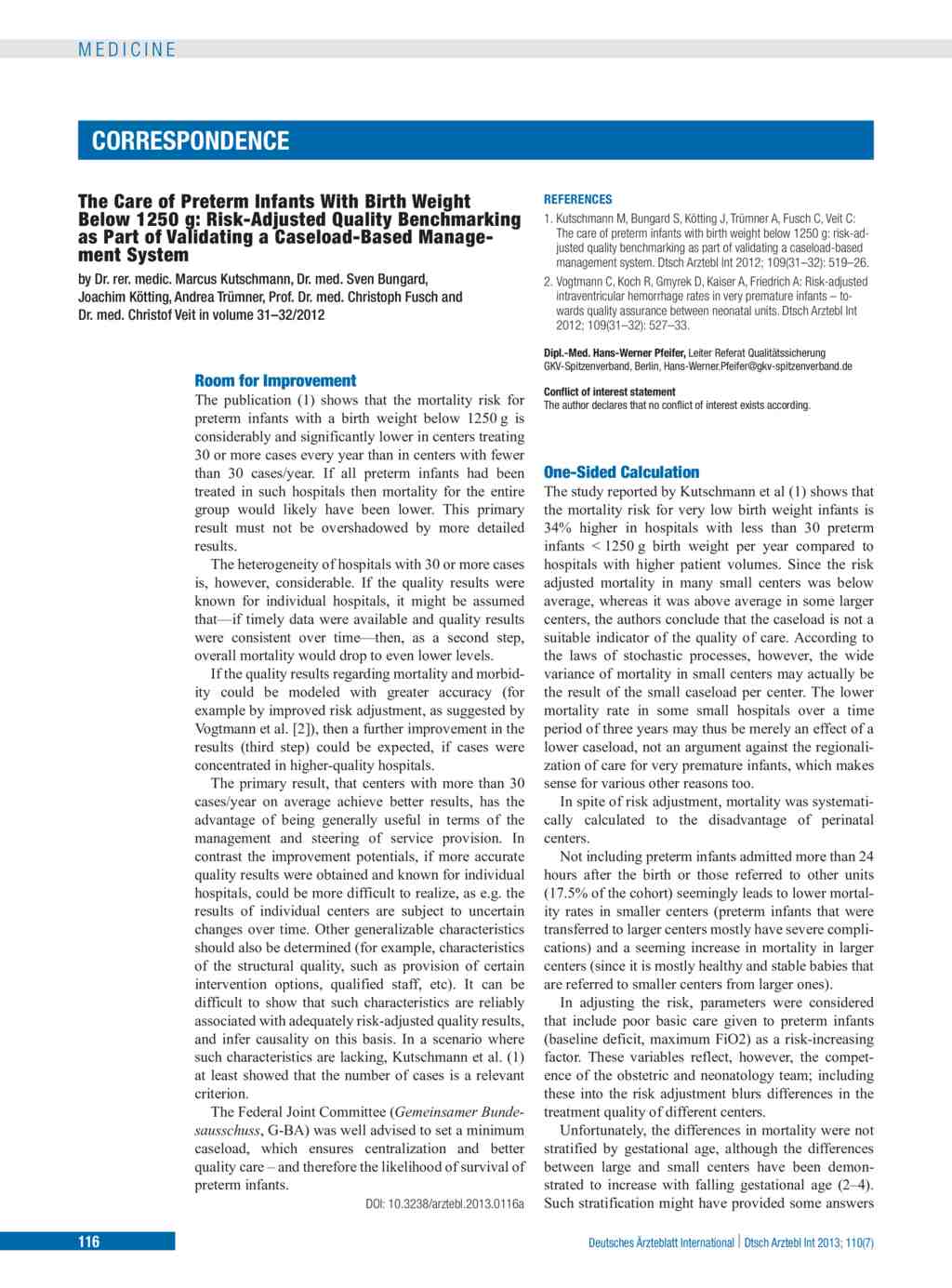