Kutschmann et al (1) analyzed neonatal data from 7400 preterm infants from Bavaria, Baden-Württemberg, Hesse, Lower Saxony, and North Rhine–Westphalia for the years 2007–2009 and found that the risk-adjusted mortality risk in smaller centers with a lower annual caseload of less than 30 preterm babies with a birth weight of less than 1500 g was significantly higher than in centers with a higher caseload (odds ratio 1.34). This result confirms earlier results from Lower Saxony. Bartels et al. (2) studied the mortality rates of all liveborn infants. The study reported by Kutschmann et al. (1) analyzed only treatment data submitted by the hospitals (admissions to pediatric centers that were reported to the neonatal units). In their discussion they refer to other authors who compared a similar dataset with the official birth statistics and found that 33% of deaths in preterm babies with a birth weight below 1000 g were not included in the neonatal unit reports (3) and they state that this data gap had been closed since 2010. However, this latter assumption does not seem to be correct, because in Baden-Württemberg, for example, only 56 of the 99 liveborn preterm infants included in the official statistic in 2010 had been reported to the neonatal units. According to the official statistics, 28 of these babies died, but the neonatal units reported only 13 deaths. In Bavaria in 2010, only 34 of 69 officially registered preterm babies with a birth weight below 500 g were included in the neonatal unit reports; of the 39 officially registered deaths, only 15 made it into the neonatal reports. A look at the Scandinavian countries shows that such data capture is feasible, improves the data quality, and can provide relevant insights. 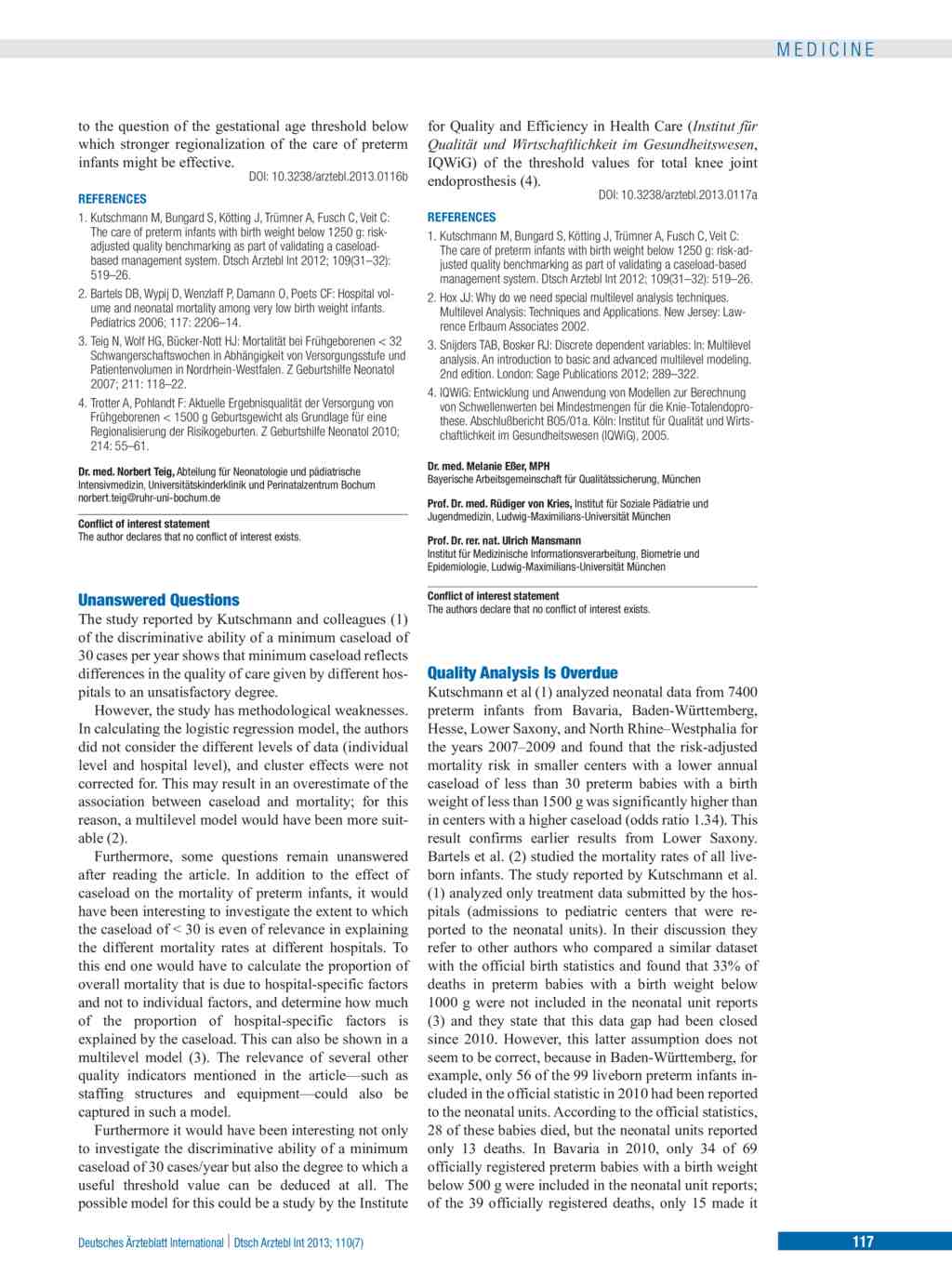