Considerations should also focus on seriously ill or at-risk patients, such as patients in intensive care or receiving anticancer treatment, for whom state-of-the-art drug treatment is the basis of prolonging life or leading to improvement.

What might be important in this context—and was not discussed in the current article—is a possible reduction or loss of drug effectiveness due to an inadequate administration interval—for example, between the administration of dexamethasone and temozolomide in patients with brain tumors. Both medications are usually given under clinical conditions once a day, simultaneously, in the morning. Maximum blood concentrations after administration of both drugs are reached after 0.5–2 hours. Dexamethasone has a membrane-stabilizing and strongly sealing effect on the blood-brain barrier (1, 2), so that the low neurological bioavailability of temozolomide, reportedly 30%, is predictably reduced and may contribute to an undesirable treatment failure. On the basis of the pharmacokinetic properties of both medications it would be advisable to postpone the administration of dexamethasone to, for example, 4–6 hours after temozolomide.

A change in strength of efficacy as a result of displacement from the plasma protein binding was not mentioned. This is also true for dexamethasone, strongly bound to albumin, in interaction with other medications that are also bound to plasma protein.

Lithium with its pronounced interaction profile should have been included among the antidepressants/antipsychotics (Lecture by K Lehmann on interactions of lithium, 2nd annual meeting of the ANPT (Working group of neuropharmacology and toxicology) Dresden, 15–18 September 1993).

Interactions of drugs with a narrow therapeutic range, including their clinically relevant consequences, are generally of particular importance and should be addressed explicitly. 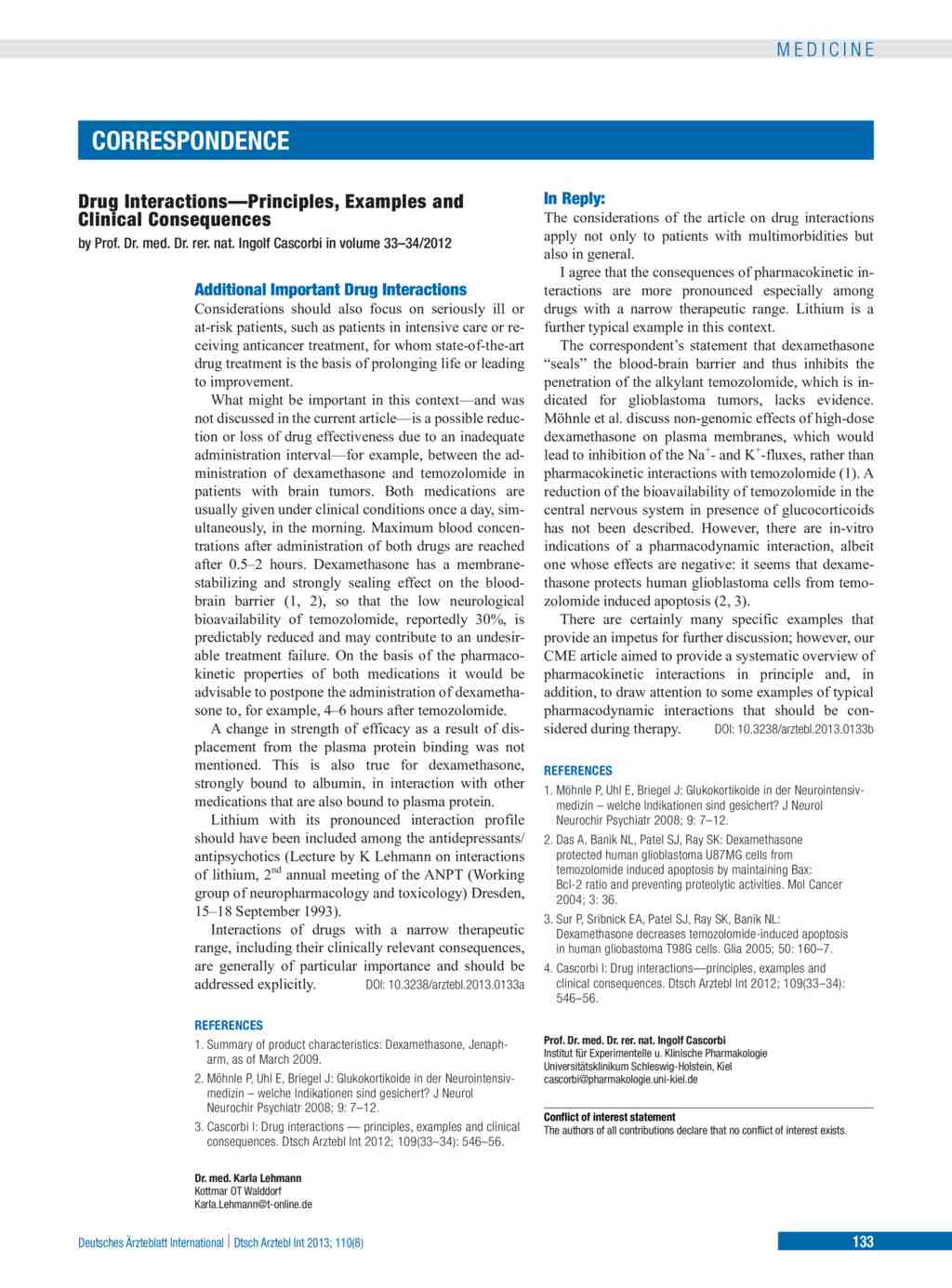