Results Turned on Their Head

Diemert stated that the development of minimally invasive techniques should be promoted, as a consequence of the invasiveness of open fetal surgery for the treatment of unborn babies with myelomeningocele. She mentions a fetoscopic approach that I originally developed, but she attributes “sobering” results to it because of “a high rate of complications.” Unfortunately she reports outdated information and therefore refers to merely the first 19 of almost 70 treated patients. This has certain consequences.

Diemert's description characterizes the clinical introduction period of this technically complex surgical procedure. For the present, the opposite is true (see also Kohl T, Kawecki A, Degenhardt J, Axt-Fliedner R, Neubauer B: Early neurological findings in 20 infants after minimally-invasive fetoscopic surgery for spina bifida at the University of Giessen 2010–2011. Ultrasound Obstet Gynecol 2012; 40(suppl 1): 9. and Degenhardt J, Schürg R, Kawecki A, et al.: Maternal outcome after minimally-invasive fetoscopic surgery for spina bifida. The Giessen experience 2010–2012. Ultrasound Obstet Gynecol 2012; 40(suppl. 1): 9.), (1). The early pediatric neurological results of the past two years are very encouraging as they have shown surprisingly good leg function in a majority of the children. Improvements of the type 2 Chiari malformation and a reduced need for postnatal shunt placement have also been observed regularly, along with a low rate of maternal and fetal complications, a fetal mortality of less than 3% (1/40) and delivery beyond 30 weeks of gestation in about 85% of cases.

Diemert and colleagues turned these results on their head—with grave consequences for pregnant women with sick unborn babies. In view of this faulty conclusion, large numbers of affected women will continue to opt for a termination. At least a proportion of the babies that are born in spite of the disorder, but without prenatal treatment, can be assumed to have a notably poorer start in life. 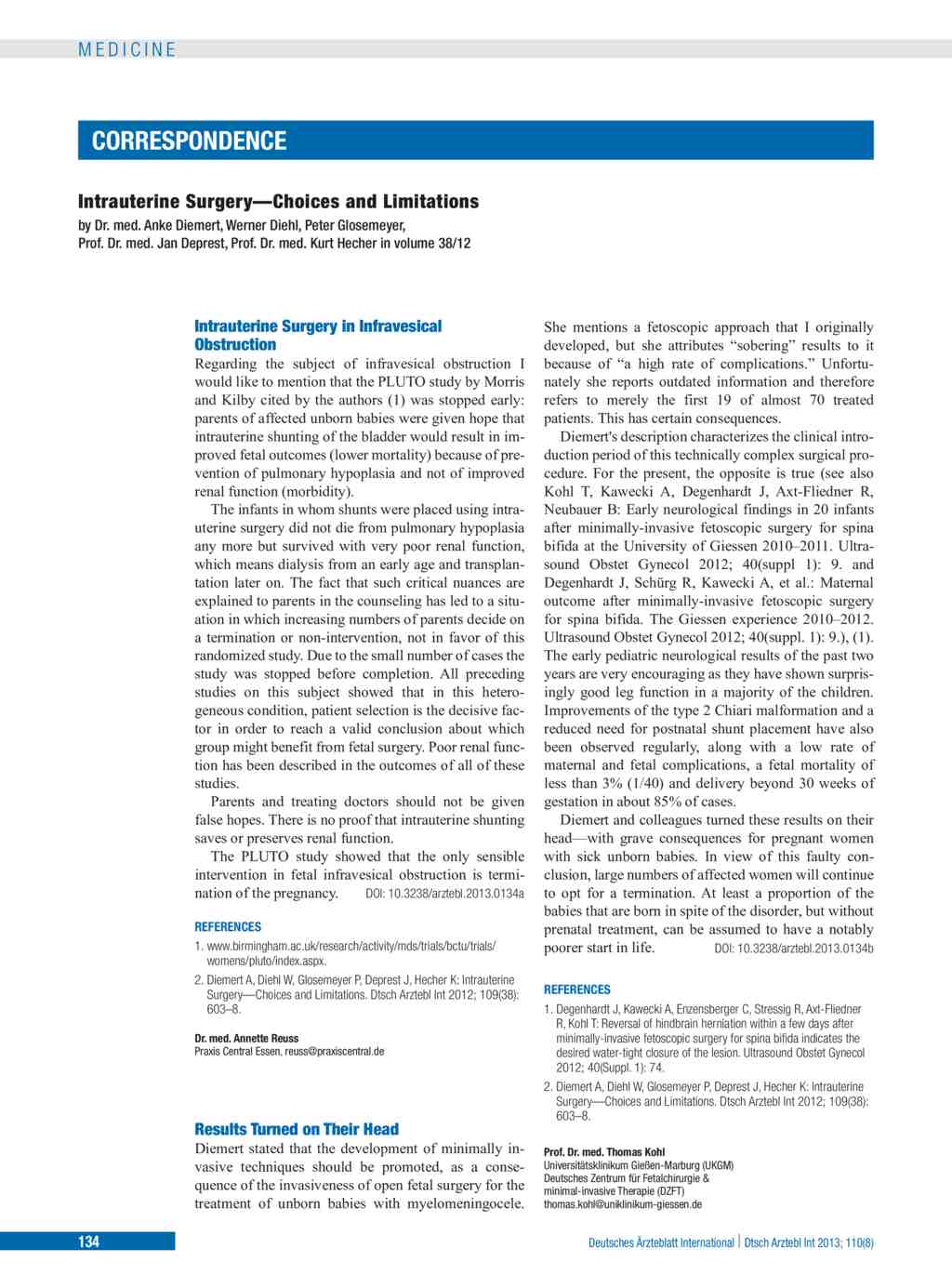