As explained in the article, those fetuses that are most severely affected by congenital diaphragmatic hernia (CDH) should be included for fetal therapy either in open observational studies or randomized studies at specialized centers. The inclusion criteria are met for one in four prenatally diagnosed fetuses with CDH, which means a maximum of 40 fetuses per year in Germany (assuming a total incidence of 1:3000 births). In the interest of sufficient routine experience, one or two specialized centers in Germany would be enough. Unfortunately, the authors did not explain the high importance of postnatal care given by specialized neonatologists.

The CDH-EURO-Consortium working group consists of European centers with more than 10 patients with CDH per year and has set out a guideline for standardized postnatal therapy (1). In an initial data analysis from Mannheim and Rotterdam, who both offer the option of extracorporeal membrane oxygenation (ECMO), the survival rate has improved significantly since a standardized therapeutic algorithm was introduced in November 2007 (2). The ECMO rate was falling. In order to avoid shifts in the prognosis children who had had fetal therapy and who had severe malformations were excluded. If a predefined standard exists, the treating team's attention and patient safety may just be higher.

Especially for the most severely affected fetuses that are referred for fetal therapy, Germany should follow the example of the Netherlands (two centers), and care for children with CDH should be provided only in highly specialized centers. As the example of the excellent results of the collaboration between the fetal surgery department at Giessen and the ECMO center in Mannheim illustrates for fetuses with right-sided CDH (80% survival rate), these results differ notably from those of the working group around Professor Deprest (3). 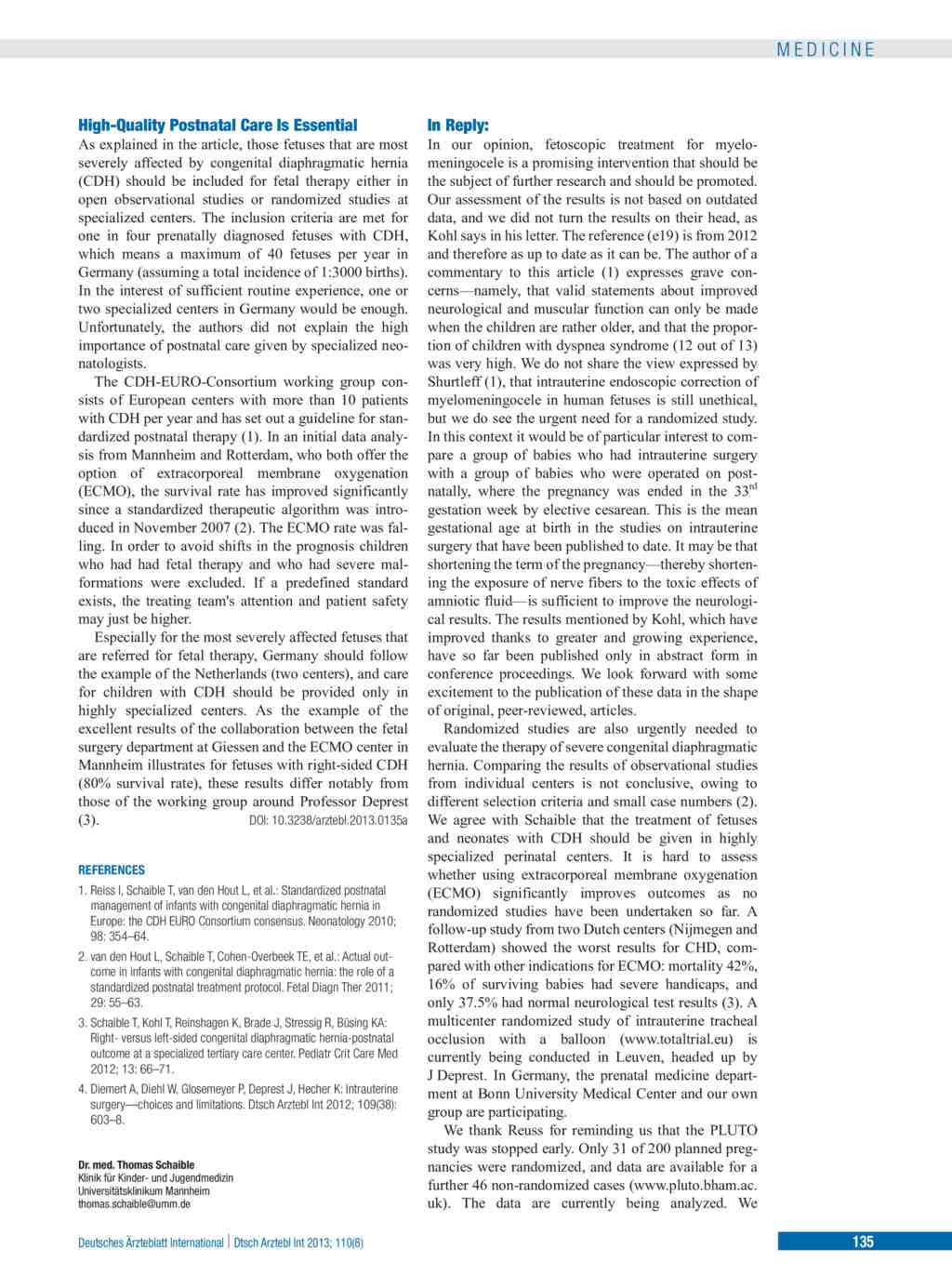