The authors addressed a topic of increasing relevance. In this context we wish to mention a treatment option for posttraumatic stress disorder (PTSD) that is mostly not known in Germany: (self) medication with cannabis products. In North America, countries in the Balkans, and countries in the Middle East, this form of treatment is widespread. In Rhode Island (US), some 40% of all 4300 state-registered patients consuming cannabis were recommended cannabis treatment for PTSD by their doctors. The supreme court of law in Croatia decided in 2009 that war veterans were legally allowed to use cannabis. According to an observational study from Israel that was presented in 2011, cannabis has a relevant therapeutic benefit in the treatment of PTSD. In a clinical study from Canada, the cannabinoid nabilone reduced nightmares and flashbacks (1). A case report from Germany (2) describes a patient in whom severe uncontrolled flashbacks, panic attacks, and self-harm owing to severe PTSD notably improved as a result of self-treatment with cannabis products. We can assume that very few patients with PTSD actually report their self-medication to their treating physicians.

According to animal studies, the therapeutic effect of cannabinoids can be explained by the fact that the amygdala, which is responsible for storing memories and fear, is under the control of the endogenous cannabinoid system. Flooding the amygdala with endocannabinoids therefore results in the elimination of disagreeable memories (3). In a controlled clinical study of extinction learning, the active substance in cannabis, tetrahydrocannabinol (THC), prevents the reappearance of fear, so that modulators of the cannabinoid system have been suggested for the treatment of anxiety disorders (4).

Professor Müller-Vahl sits on the board of the International Association for Cannabinoid Medicines and the German working group “Cannabis als Medizin” [cannabis as a medicinal drug].

Dr Grotenhermen has received consultancy fees and for acting as a peer reviewer from THC Pharm and Bionorica Ethics. He is employed by nova-Institute, Hürth. He is the Executive Director of the International Association for Cannabinoid Medicines. 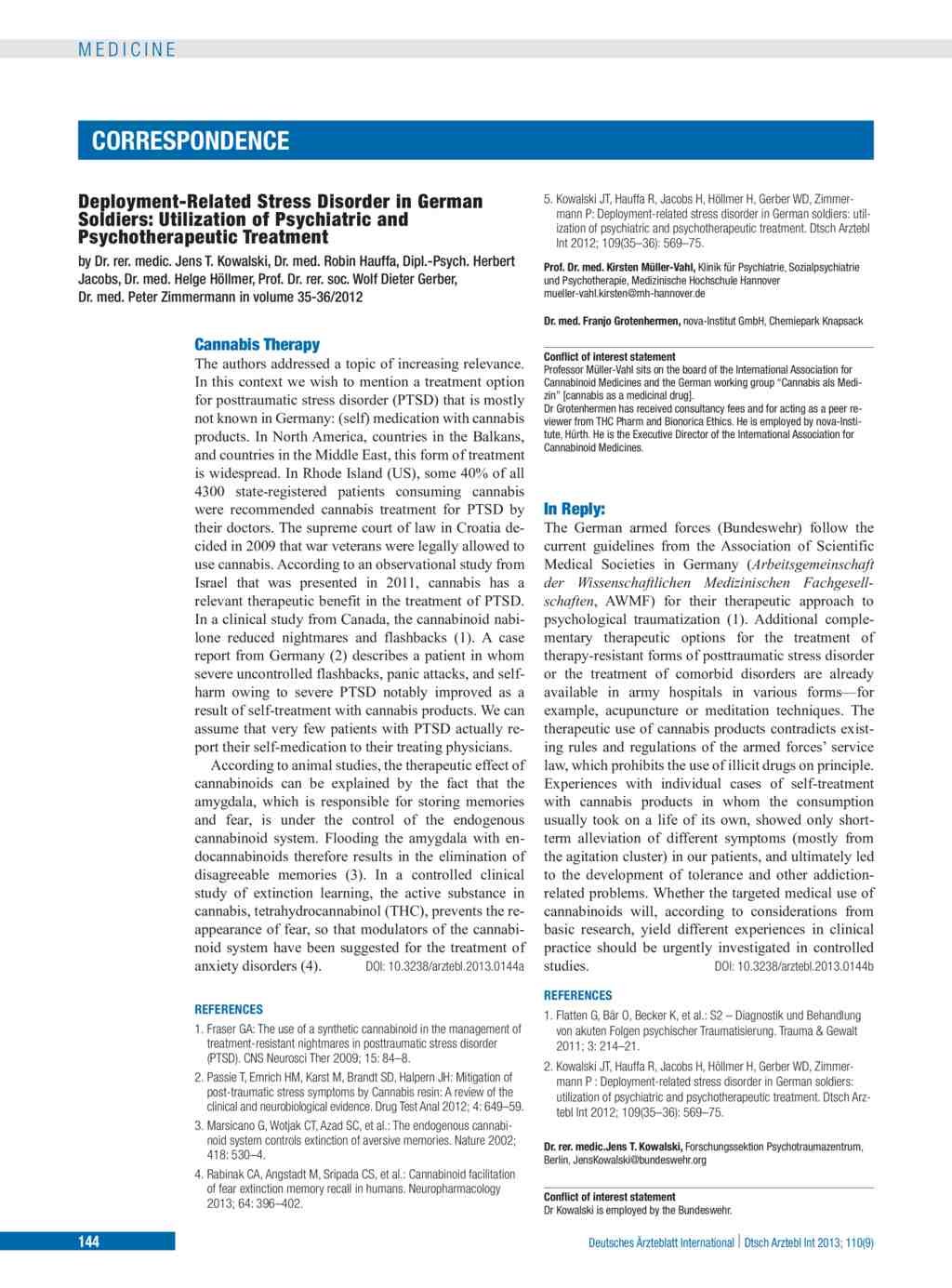