Because of their jobs, soldiers are at higher risk of being exposed to traumatic events, and of developing posttraumatic stress disorder (PTSD) than the rest of the population. The risk is particularly high for overseas deployment with combat operations.

When calculating a risk of PTSD of 20% and its actual incidence at 0.9%, the mathematical incidence of traumatic events is 4.5%. Wittchen and colleagues report only 2.9%, whereas PTSD is estimated in 4% of English soldiers. The proportions of up to 20% for US soldiers may reflect the mentality, their low extent of protection through health insurance, and a legal system that favors compensation payments, as well as the different military mission.

My own (rather scarce) experiences with PTSD patients have shown success rates of some 30% when following the approach of Brunet (1) (administration of beta-blockers in patients with PTSD). The Eye Movement Desensitization and Reprocessing (EMDR) method also seems to be helpful, but I do not actually use this approach. The typical psychotherapeutic methods for PTSD are mostly lengthy and require medication support (lorazepam or pregabalin), leading to drug dependence which can often not be avoided.

If a patient has an existing drug dependence problem, or where the desire for a retirement pension or compensation claims is the main issue, the chances of successful treatment are rather low. 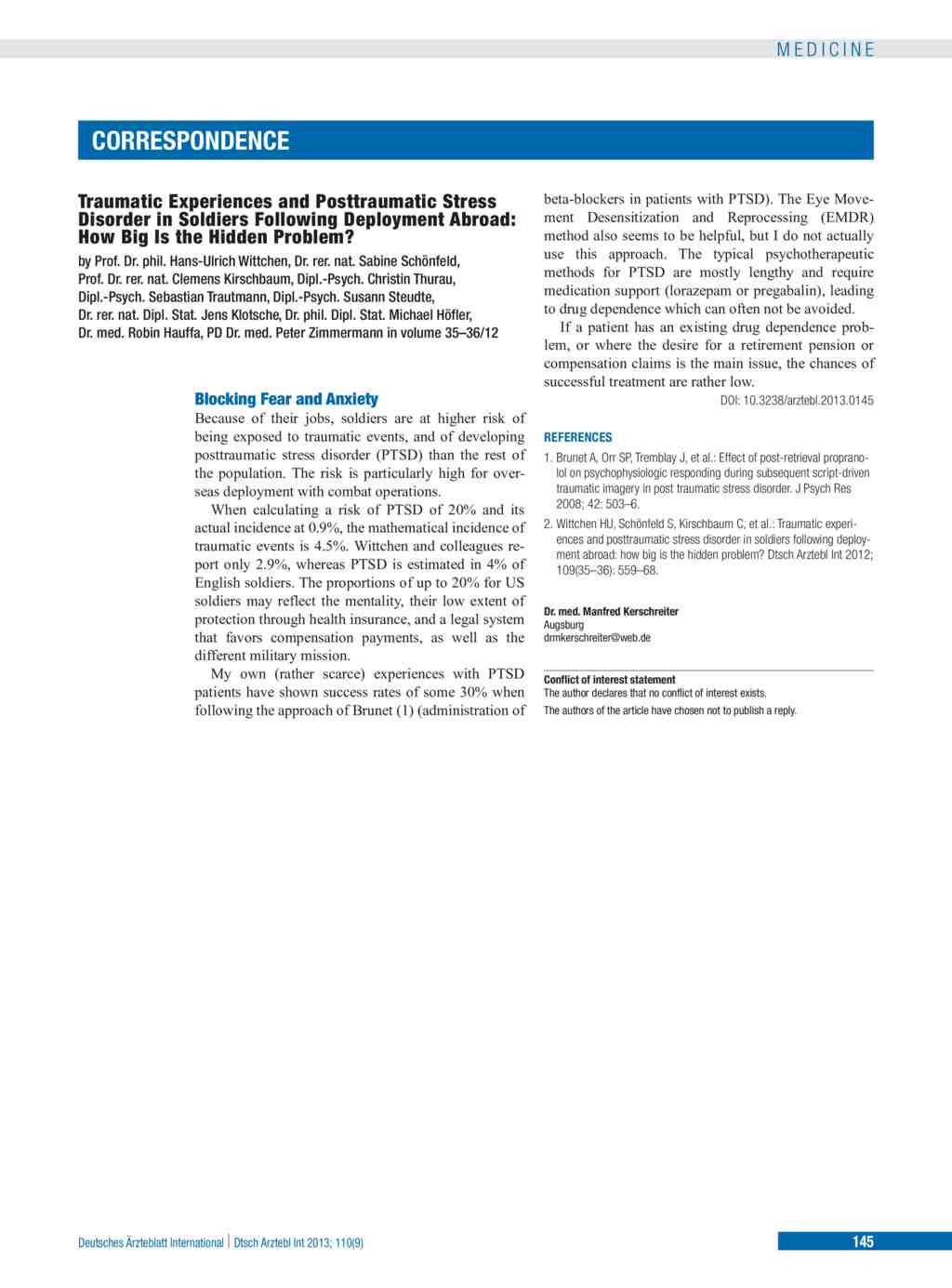