The authors of the article were looking for the causes of dyscalculia and corresponding disorders such as dyslexia and attention deficit-hyperactivity disorder (ADHD) only in the center of the brain. They did not question how information captured by reading letters and numbers reach this center: exclusively through the eyes and ears. I am an ophthalmologist and have for many years treated children with dyscalculia, ADHD, and dyslexia. It has been my observation that visual input is disrupted by defective vision and binocular deficits in the sense of associated heterophoria, where the visual lines of the two eyes do not intersect at the point of fixation.

Double vision and rapid exhaustion as a result of fusional overstrain will inevitably lead to dyslexia/dyscalculia.

How on earth could an unfortunate student, for whom numbers start dancing around in front of his eyes and the lines in geometrical tasks start shifting, possibly meet his/her required mathematical tasks—especially as things will get worse with increasing fatigue, the longer the students tries?

Optimal correction of hyperopia and astigmatism with spectacles, and prismatic correction of heterophoria regularly eliminates the problems, so that educational measures can then help to rapidly work through the sequelae.

This means that careful examination of visual acuity in cycloplegia and analysis of binocular vision—recommended according to the measurement and correction method of Haase and the Pola—are required, and that this should happen before educational or even psychiatric treatment is sought. The retinal neurons are the part of our brain that is mobile and positioned in front of the skullcap, and their importance and function should be recognized accordingly by neuroscientists in their analyses of the problems of dyscalculia and dyslexia.

Dr Gorzny is the vice president of the international association for binocular vision (IVBV). As such he has received conference participation fees. 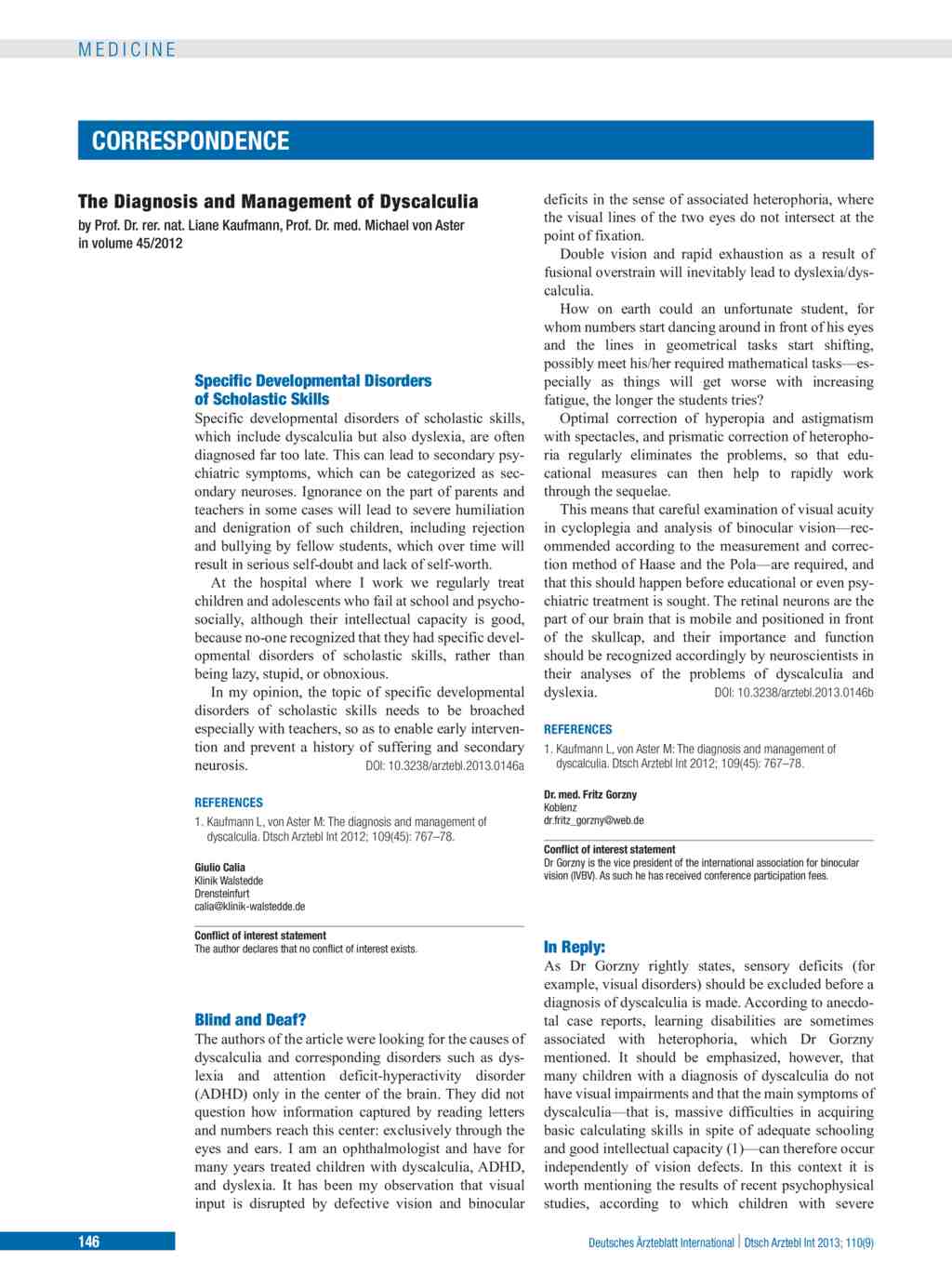