Limited Range of Indications for Cannabis

In my job as a neurologist and psychiatrist specializing in the relatively new discipline of pain medicine, a focus of my work has for many years been harm prevention—of nephropathy due to analgesics, gastrointestinal complications of NSAIDs such as hemorrhage of perforation, toxic hepatopathy, and drug-induced chronic headache with complications (1). Long-term treatment with opioid analgesics—after checking responsiveness and tolerability by means of regular and systematic follow-up—had far better results in this setting than did non-opioids (2). NSAIDs are effective in acute treatment and are the reasonable option in that setting, but they are associated with complications in the longer term.

For cannabinoids, important risks include triggering of psychosis, schizophrenia, and cognitive impairments (3), which the authors mentioned in their article (4). It should also be pointed out that cannabis and cannabinoids are effective in only a proportion of patients in possible indications such as permanent pain in multiple sclerosis or other neuropathic pain conditions or severe spasms.

This contingency (that which is not necessary, but which may be, or not be, possible), which runs as theme throughout pain medicine, can therefore not offer conclusions that follow a set pattern, such as “There is now clear evidence that cannabinoids are useful for the treatment of various medical conditions,” but only conclusions along the lines that cannabinoids may be useful. Furthermore, the authors state: “The use of such preparations may therefore be reasonable for patients in whom conventional treatment does not achieve adequate relief of symptoms such as spasticity, pain, nausea, vomiting, or loss of appetite.” This is correct in principle, but it does not include a definition of “conventional treatment.” The rational range of indications for cannabis/cannabinoids is therefore limited. 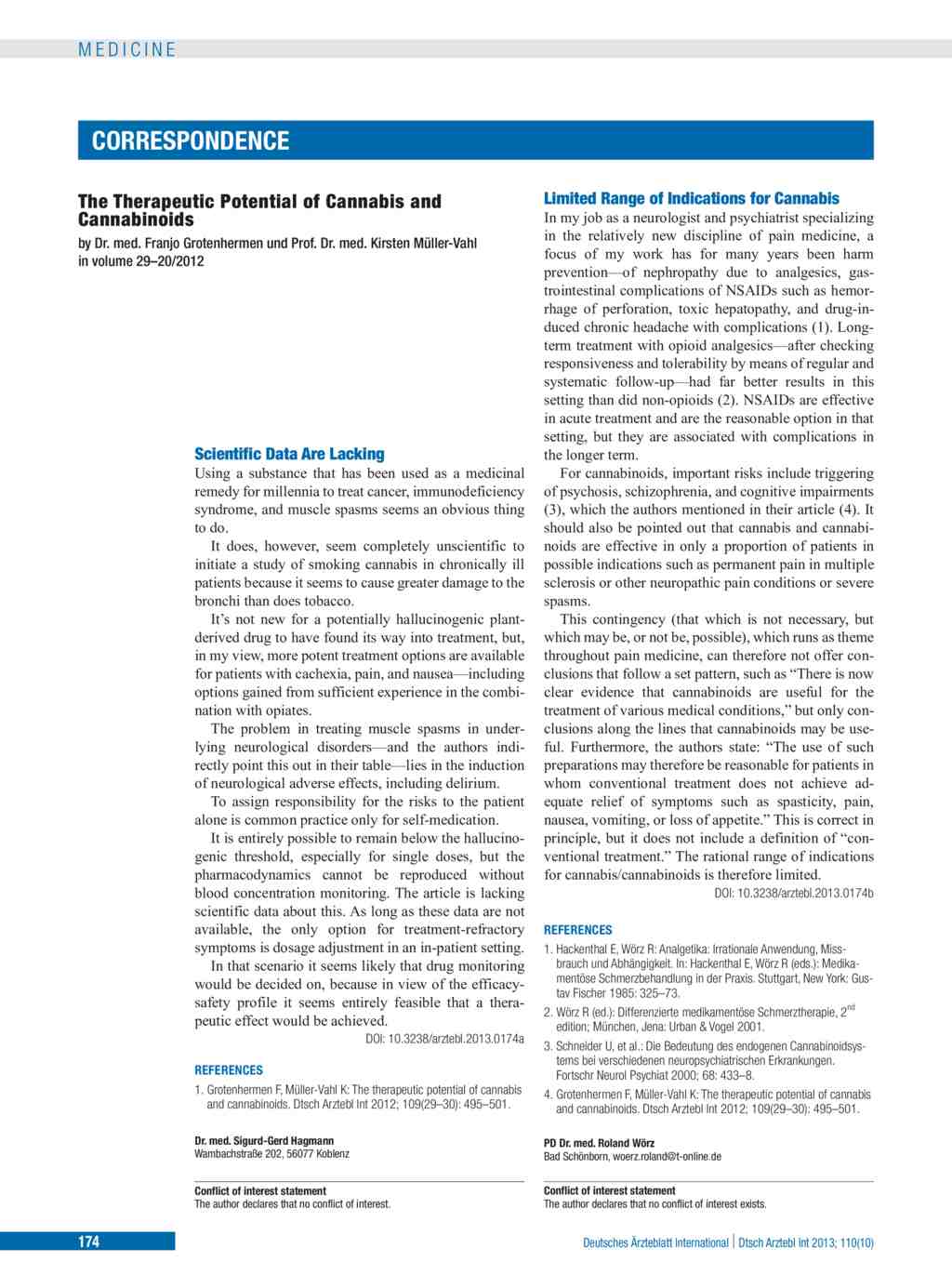