Otto emphasizes the need for rational patient selection regarding the indication for surgical resection of metastases in advanced bladder cancer, which is entirely consistent with our article. As we pointed out, resection is indicated only in the following patients:

In sum, surgical resection of metastases in bladder cancer, with the aim of long-term control, is indicated only in patients with a significant response to primary systemic chemotherapy and in whom complete resectability of the metastases is a given.

Professor Heidenreich has received lecture fees and is a member of the Advisory Board of AMGEN, Astellas, Bayer AG, GlaxoSmithKline, Janssen-Cilag, Sanofi Aventis, and Takeda. He has received honoraria from Ferring and Pfizer. He sits on the advisory board of IPSEN. 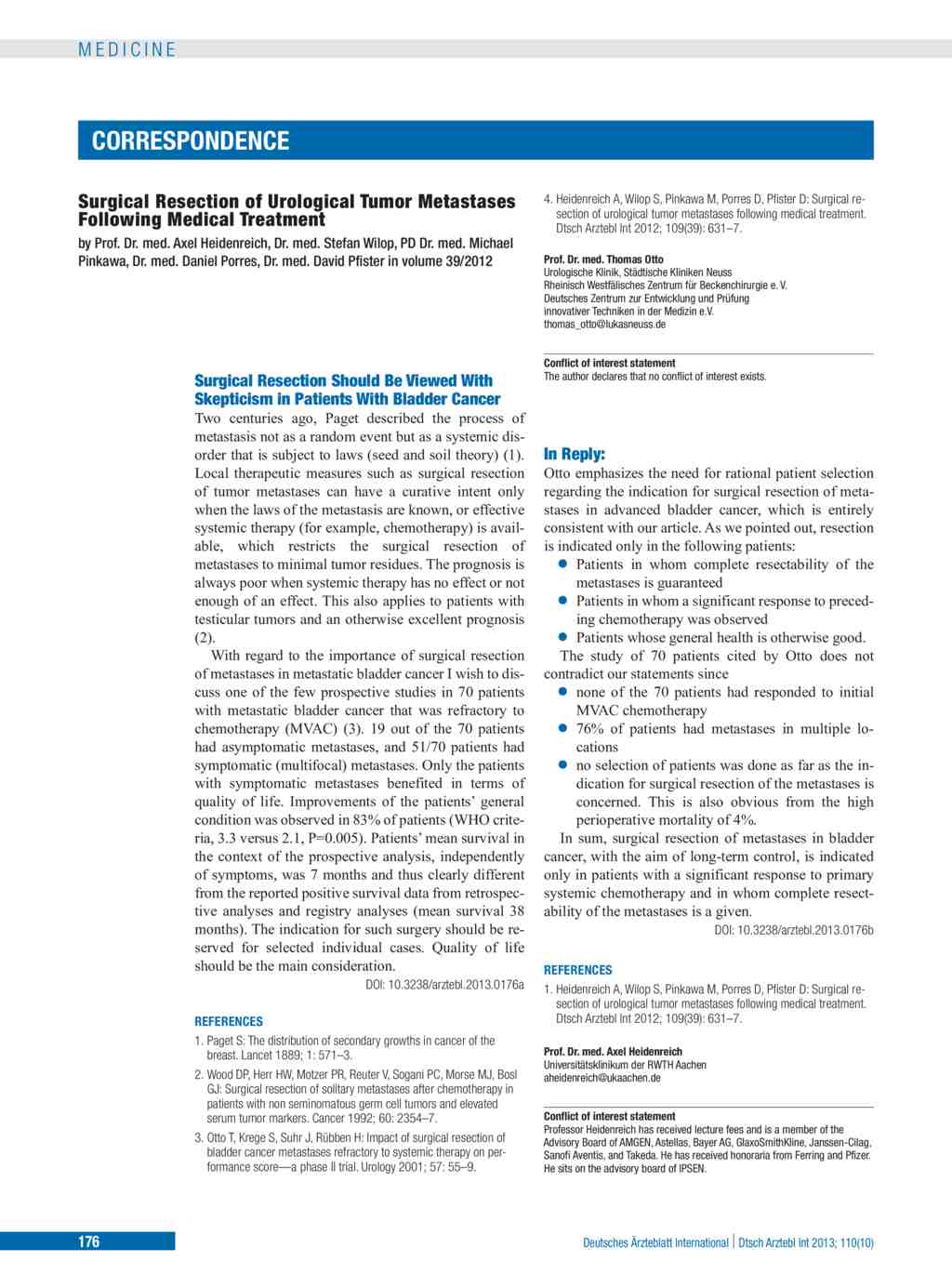