Risk of VTE Is Small but Exists

“A general recommendation for anti-thrombotic stockings or anticoagulants appears unjustified, because VTE has not been observed in any passengers without risk factors, even when they flew for longer than 8 hours.”

This statement cannot be allowed to stand as it is because the risk of developing a thrombosis as a result of sitting down for many hours is usually small, but that doesn’t mean it doesn’t exist.

A famous victim was a former US president, Richard Nixon, who developed a pulmonary embolism after an in-flight venous thromboembolism (VTE) in 1974. Such a clot may not even break free immediately after the flight has landed; rather, there is every chance that the fatal results will occur only when a passenger has long disembarked the aircraft (the so-called VTE of the first day of a holiday). In this setting, it is obviously difficult to actually prove an association between cramped seating conditions on board the plane and the VTE.

At Heathrow airport in London, some 18% of deaths after a long-haul flight are due to pulmonary embolism. A study at Tokyo’s airport states that 100–150 air passengers, out of a total of 20 million every year, have sought treatment for blood clots. In the past 8 years, 25 persons have died from VTE after a long-haul flight. Other studies have found that 7–8% of complications were caused by in-flight VTE.

A retrospective study from the World Health Organization’s Research into Global Hazards of Travel and other publications (2) have shown that the incidence of deep vein thrombosis in the lower limb is 1/1000 and is strongly age-dependent (3–5/1000 in those older than 60). In persons with an existing predisposition, the possibility of thromboembolism should never be ruled out.

According to the Bonn Vein Study, one in five women and one in six men has a pre-existing defect. Only one in 10 people has completely healthy veins. 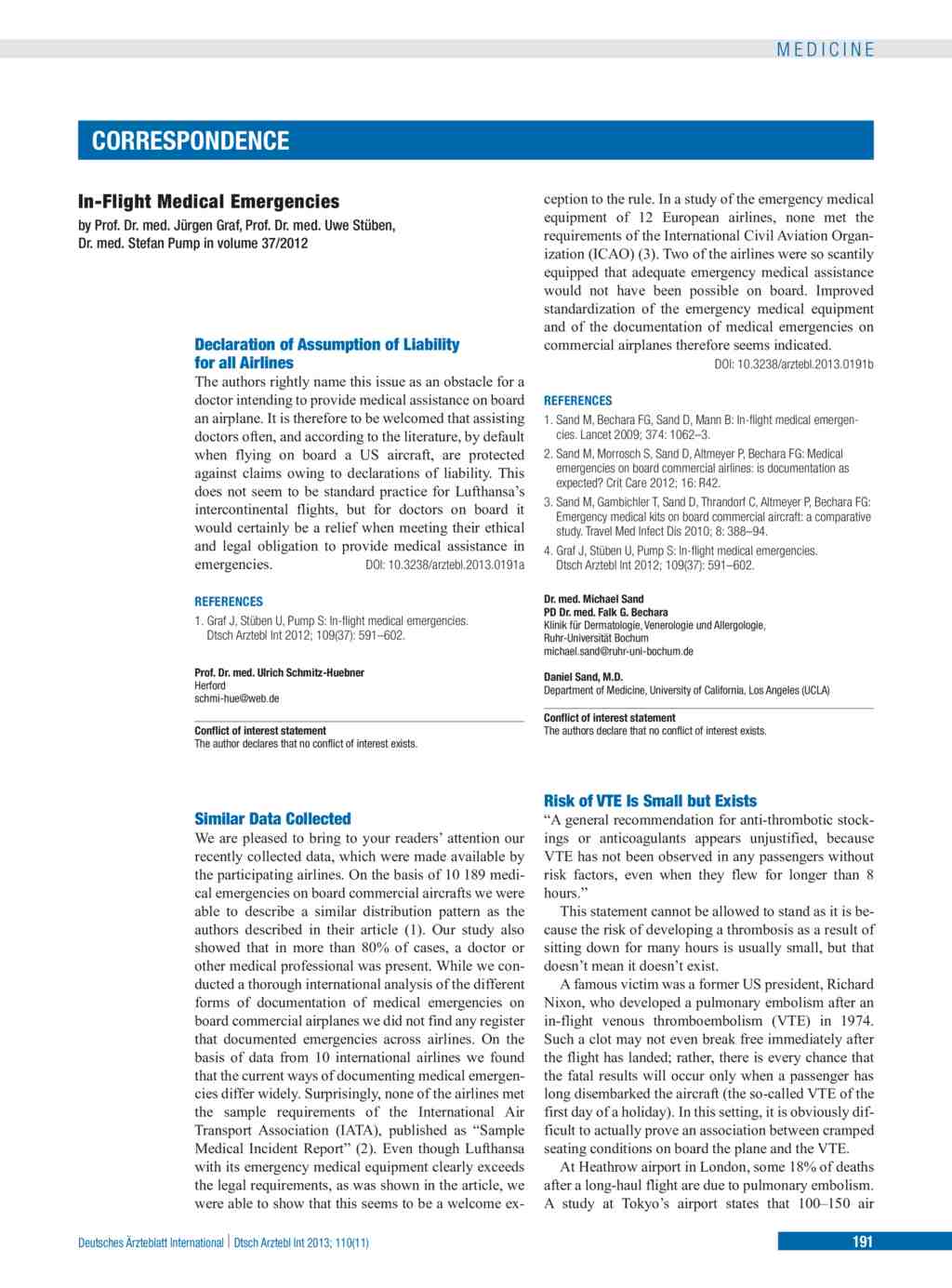