The importance of preterm birth as a growing and, to a large extent, iatrogenic problem is depicted in this article with startling clarity: The statement that the proportion of medically indicated deliveries before the 39th week of gestation could be lowered by 70–80% by providing responsible and high-quality obstetric services, is not consistent with the trend towards increasing rates of cesarean births, which account for almost one-third of all hospital births, according to data from the German Federal Statistical Office (23–38% in 2011, average rate 32%). It is not widely known that the complication rate in babies is far greater than the assumed “safety” of a caesarean delivery suggests. The figures shown in the article demonstrate that even “slightly” preterm birth is associated with the risk of requiring some sort of special support later in life. This means in practice that these children will need assistance and early interventions in their further life, especially medical ones, and that furthermore, educational, psycho-social and socio-political consequences are to be expected. However, this will also guarantee a profitable long term income for the “health industry” as a whole. It is not health that brings in money; it is illness. Neonatology has become the largest and most remunerative subspecialty of clinical pediatrics in which preterm babies constitute the largest amount of patients. In view of the current discussions about minimum quantities and profitability in an increasingly commercialized hospital environment it is hard to believe that there is a serious will to implement effective prevention of preterm births, which would be feasible if consistent quality improvement measures were to be applied, as the authors document in an exemplary fashion. Much in the same way that applies to other areas of medicine which have degraded into “health industry”, only “performance” counts today, such as survival in spite of 25 weeks’ gestation, but not the bitter fate of individuals which could be prevented – but this ultimately remains unproven. 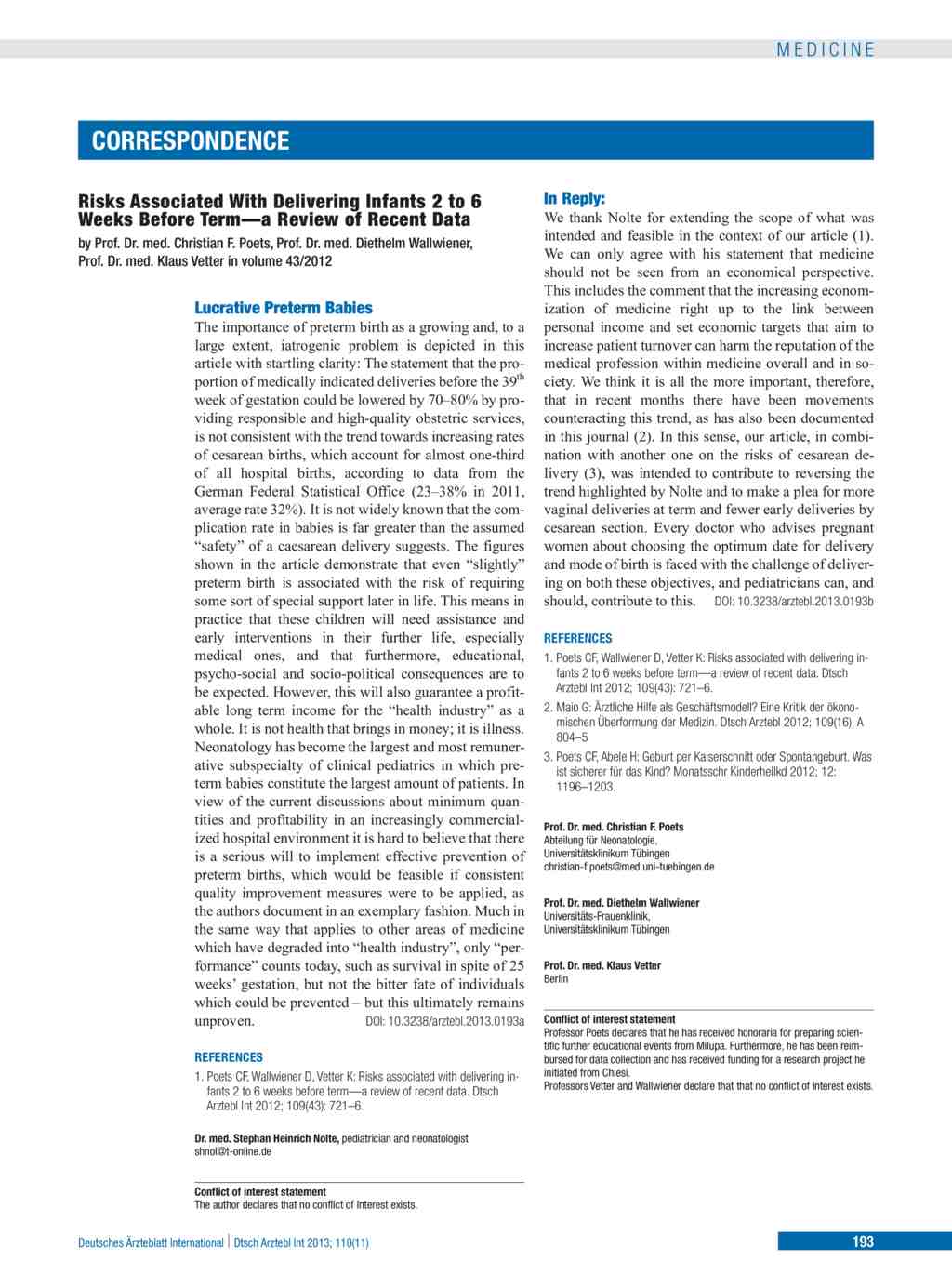