In their article, Stamm-Balderjahn et al. show how information delivered by doctors had a primary preventive effect. Students from schools and vocational colleges aged 12–21 were able to participate in the study (the mean age was 16). A relatively high proportion of non-smoking students had never smoked (80%). The prevention program “Schüler in der Klinik [students in hospital]” aimed at educating young people about health-related, personal, and social aspects of tobacco consumption. The information was delivered by doctors in form of a two-hour interactive event in the pulmonary department of a hospital in Berlin.

Pediatric psychology research shows that information based primarily on knowledge has limited long-term effects (1), and a multitude of risk factors need to be considered in the prevention of addiction (2). Early abnormalities in the regulation of emotions (at nursery-school age) (3) have an equally important role, i.e. a positive attitude towards smoking (2) or a strong need for independence or not having to conform to social norms.

Especially socioemotional aspects of childhood development need to be considered in order to prevent addiction effectively and in a sustained way. Socioemotional competence relates primarily to the following aspects: the ability to establish positive relationships with peers, self-control, cooperative behavior, positive self-assertion, and appropriate self-confidence. Successful prevention programs take up a lot of time (about 25 sessions) and, in many cases, they are offered to a child/school student repeatedly during the course of their development (start of school, primary school, onset of puberty). In order to stabilize the effect prevention measures need to be provided in an age-appropriate manner suitable to children’s developmental stages. Information provided by doctors for two hours in a lung hospital can be an important string point, but afterwards, socioemotional consequences (relating to the topic of addiction) have to be addressed in school and will have to be practiced repeatedly. 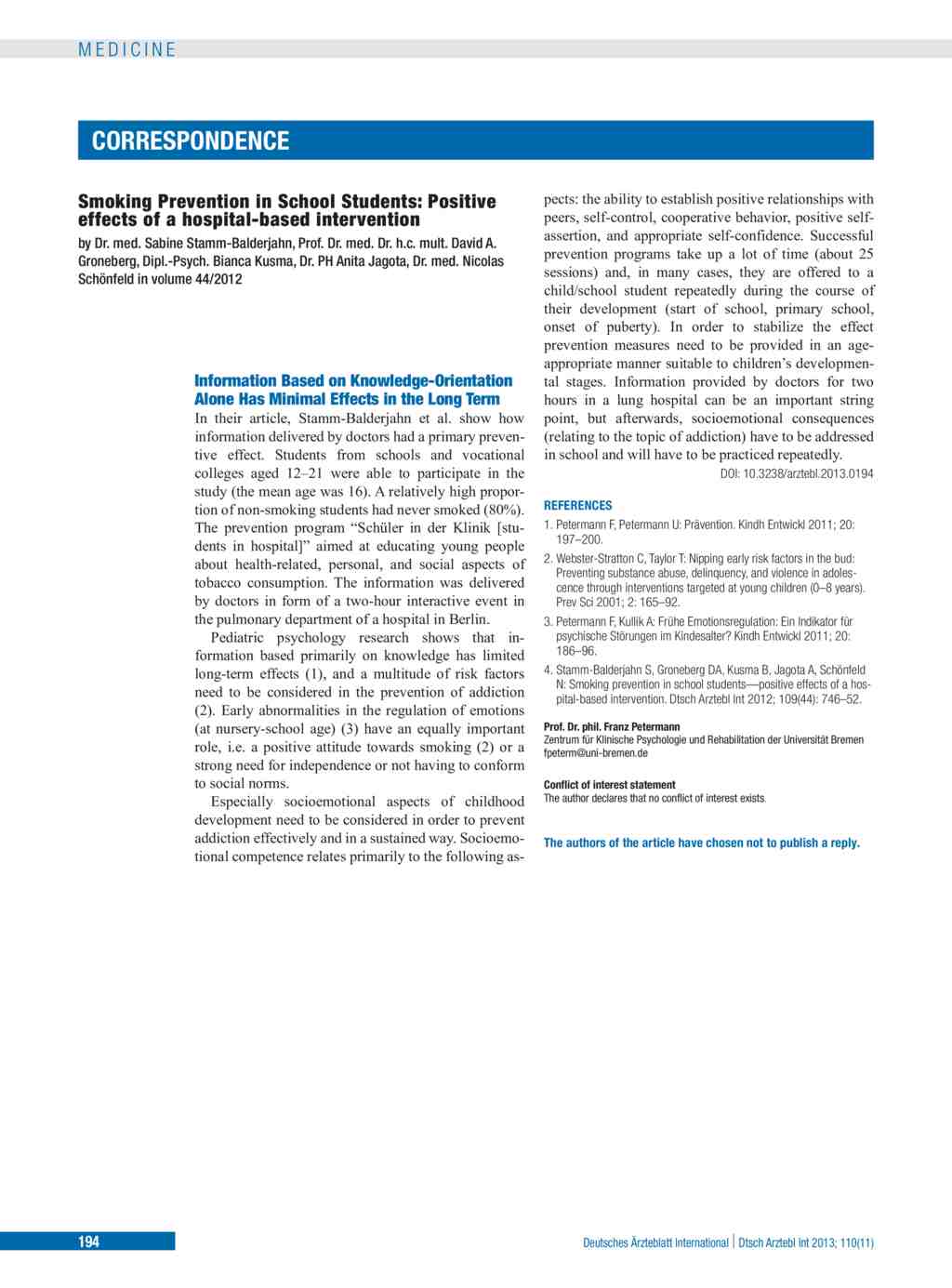