We thank our correspondents for their positive feedback to our article on imported viral infections (1).

Especially in hyperendemic areas in southeast Asia, the possibility exists of coinfections with dengue virus and chikungunya virus, since both viruses are transmitted to humans by the same mosquito vector (the Asian tiger mosquito, Aedes albopictus). Diseases caused by these viruses are difficult, or even impossible, to distinguish clinically. For this reason, infection with the dengue or chikungunya virus can be diagnostically confirmed only if the notifying physician sends a specimen for laboratory testing to a reference center for tropical infectious diseases.

This is equally true for the laboratory diagnosis of a coinfection. In Germany, such a coinfection has been diagnosed only in a woman returning after traveling in India in 2008 (2).

It cannot be ruled out that a coinfection of dengue and chikungunya virus takes a more serious clinical course than individual infection with just one of the two pathogens (2). For this reason, if coinfection is suspected or if the clinical course is particularly serious, patients who have traveled in endemic regions should undergo laboratory testing for both pathogens. 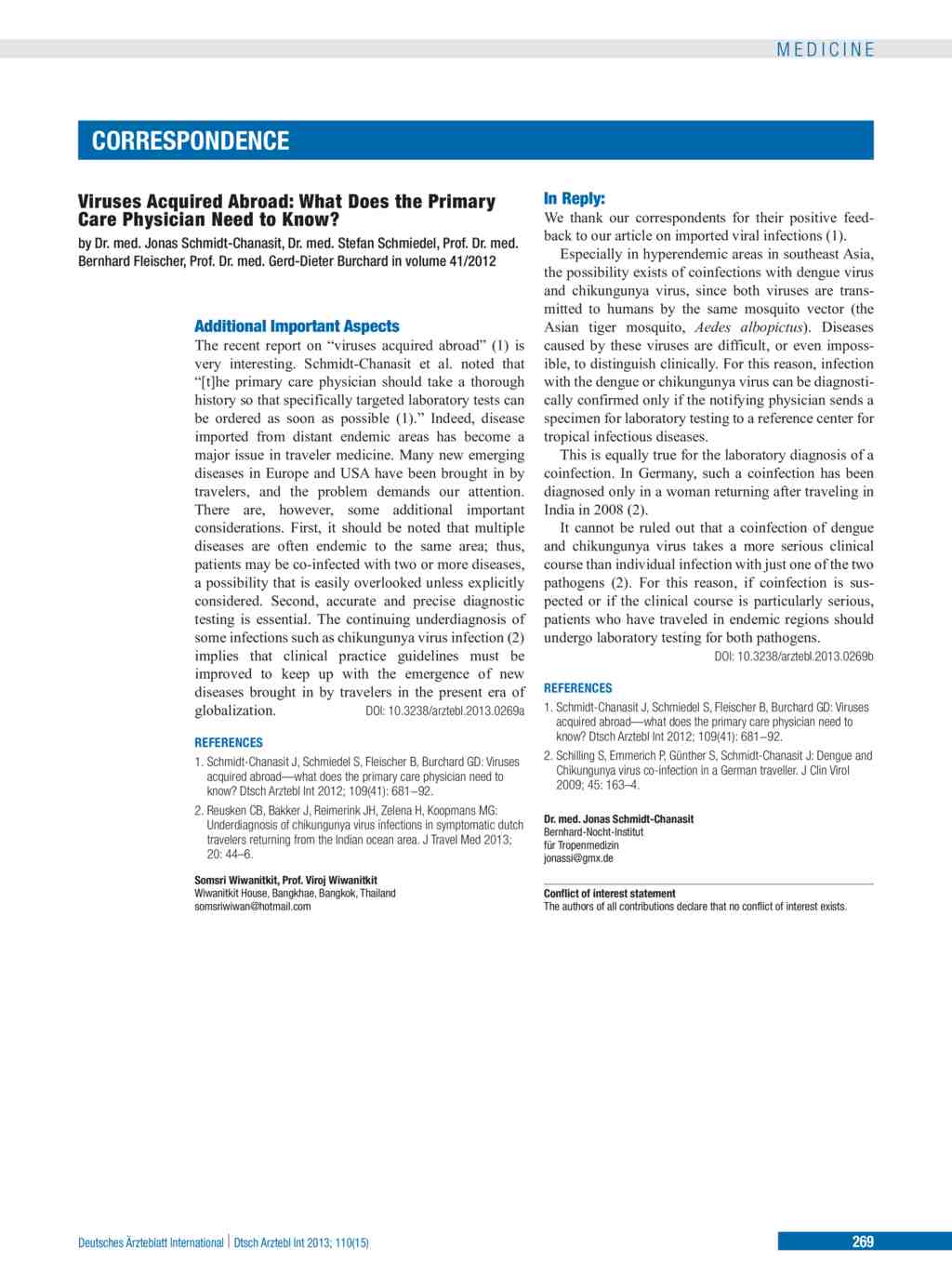