Although Tourette syndrome is not among the most common disorders seen by practicing child and adolescent psychiatrists it is certainly among those disorders that are difficult to treat and associated with a high suicide risk. I wish to add that in treating this complex disorder, combination treatment with different medications can be useful. In treating the compulsive symptoms it is important that serotonin reuptake inhibitors (SSRI) are given at a very high dosage for this indication (fluoxetine, for example, at 60 mg) and that doctor/patient wait for a long period (eight weeks or longer) since otherwise it is impossible to assess whether the medication is effective. A lower dosage and stopping the drug early are common mistakes.

Furthermore it is important to assess whether the tic symptoms are genuine tics or compulsive behaviors in the context of obsessive-compulsive disorder, since compulsions may resemble tics (wrinkling one’s nose, squeezing one’s eyes together) that may be misinterpreted as tics. Other causes of tics must absolutely be excluded (direct drug or medication effects or a different underlying disorder (for example, Huntington’s chorea or postviral encephalitis)). A thorough physical diagnostic exam including MRI (to rule out tumors) makes sense.

In addition to behavior therapy and medication, good psychoeducation—including the family—makes sense. 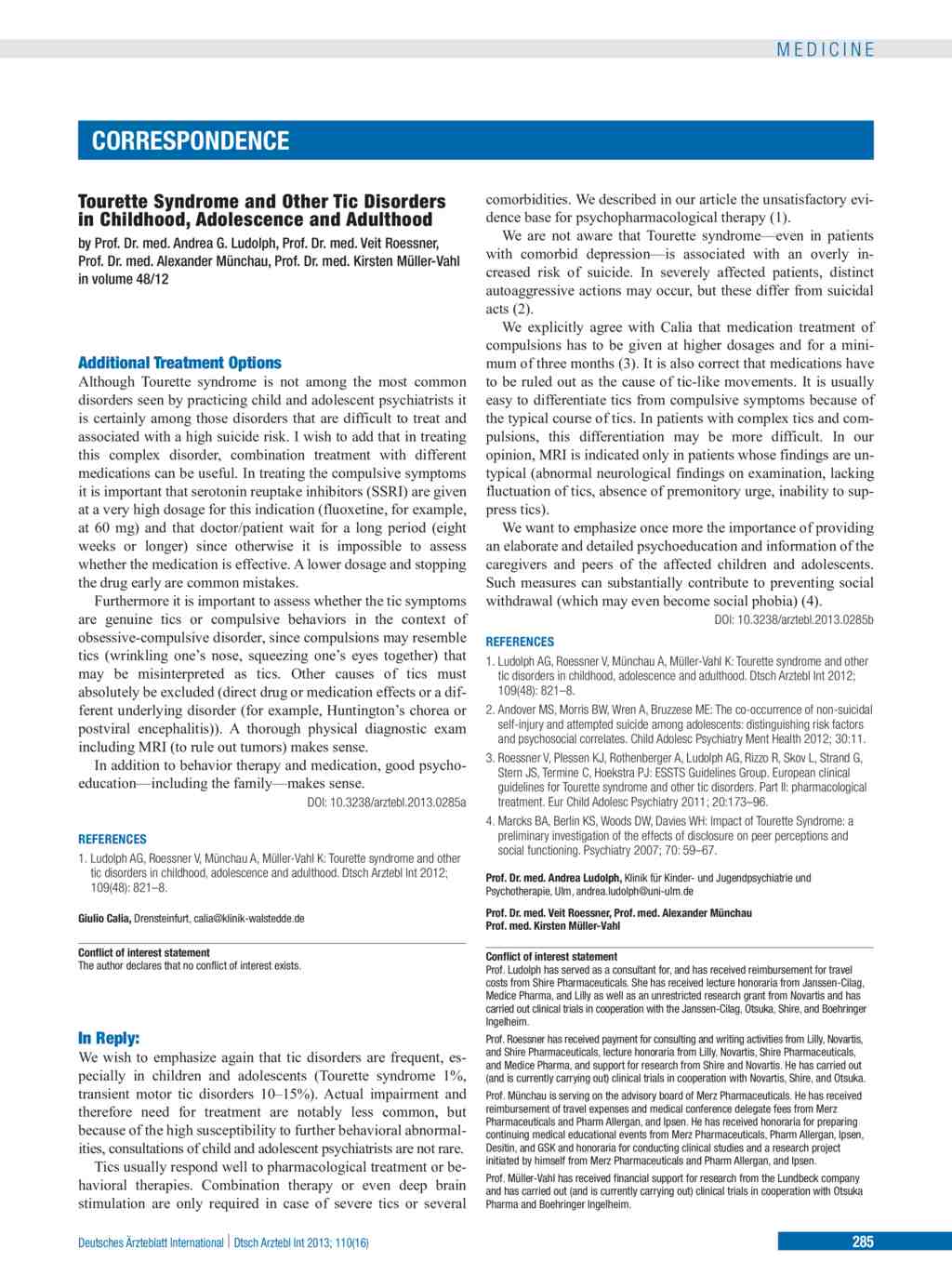