Attempts to manage competing interests deserve our support (1). They should apply not only to guidelines, but also to studies—such as the large-scale PREFERE Study comparing treatment options for prostate cancer of low or early intermediate risk.

The analysis (2, 3) of this study identifies several competing interests:

However, the discussion of how to avoid these competing interests in the PREFERE Study is too complex to be concluded rapidly.

Combining the excellent approach of Langer and colleagues with the conflicts of the sponsors and authors of the PREFERE Study leads to an important synergism : the PREFERE Study implies the suspicion that no one is without competing interests. Urologists will more often recommend surgery than radiotherapy or watchful waiting for prostate cancer. Radiotherapists, specialists in internal medicine, and patients are subject to similar, but different, preferences. Everyone can imagine what the study would look like if one of the partners were excluded from developing the study design.

In conclusion: there will always be competing interests. They can never be completely avoided, but they may well be controlled if all agents within the system can declare their interests, and a fair body develops a balanced conflict of interests. To this end, unlimited access to the study protocol is indispensable. If the article by Langer and colleagues achieve the disclosure of the so-far secret protocol of the PREFERE Study, the authors would be able to be proud of an important step ahead in solving conflicts of interest. 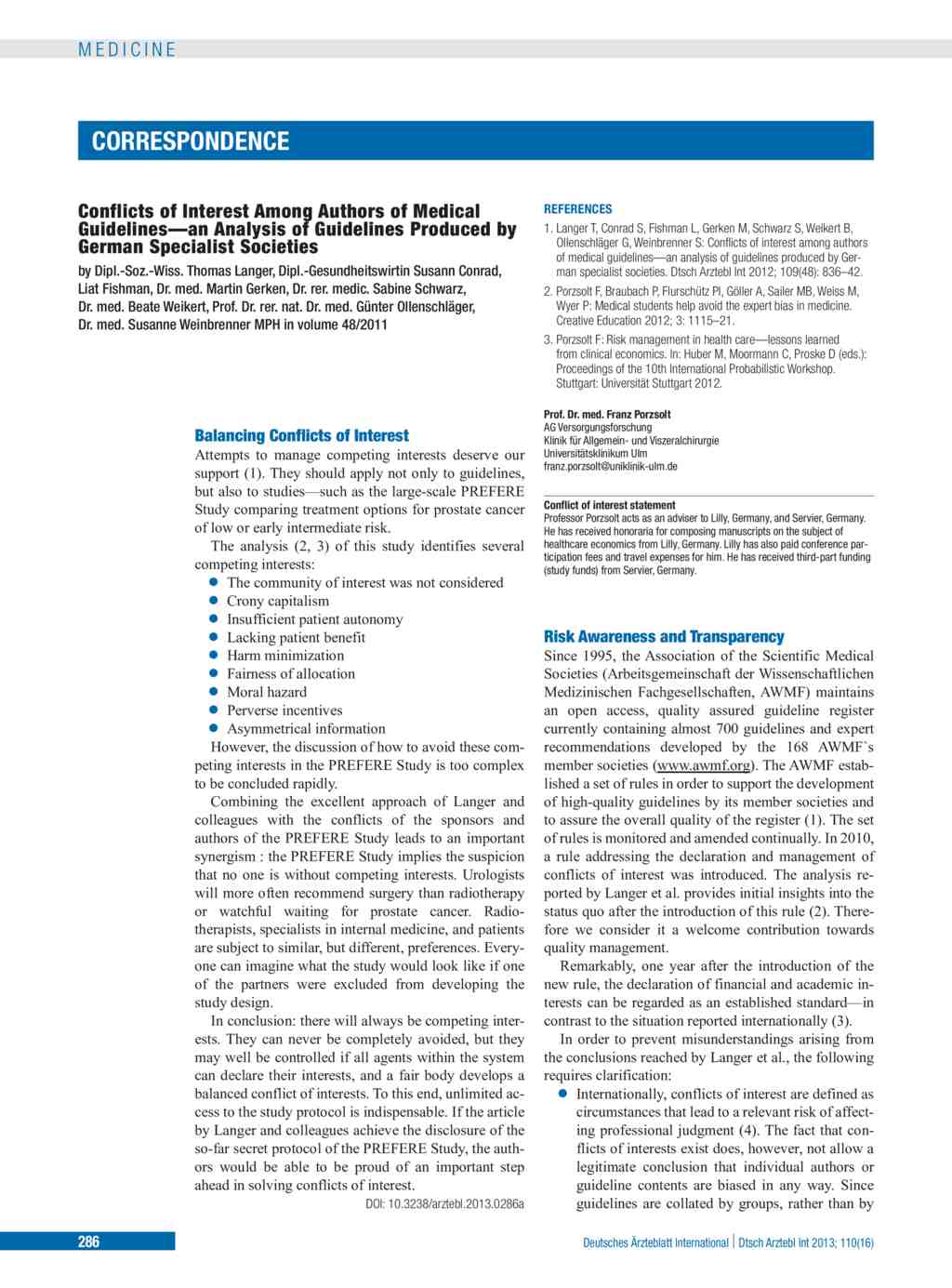