We thank Professor Porzsolt for pointing out that conflicts of interest have to be considered in the context of clinical studies too. We are not in a position to judge the extent to which, in the cited PREFERE Study, competing interests of the involved parties represent a threat to the primary interest—namely, helping patients’ decision making process by using valid data for the different therapeutic options, and thereby improving healthcare as a whole. This was not the subject of our study (1). Furthermore, we were not able to gauge any particular and concrete criticisms in the analyses of the PREFERE Study cited by Porzsolt (2, 3).

We can, however, not agree with Porzsolt, that conflicts of interest can be controlled by “balancing out” different interests. By definition, conflicts of interest mean that the respective decision makers are assumed to have a primary interest (for example, patients’ wellbeing, reliable research results), and that a risk exists than the decisions are inappropriately biased by other (secondary) interests. The idea that different secondary interests can be “balanced out” is in contradiction to this concept.

We agree with Professors Kopp and Kreienberg, that indications of competing interests in individuals (for example, owing to a consultancy contract) do not automatically allow the conclusion that guideline contents are biased. As the commentators themselves explain, the issue with conflicts of interest is not the proof of actual bias but the risk for biases—i.e., the appearance of inappropriate influences. The touchstone for strategies in dealing with conflicts of interest—whose development, testing, and evaluation we fully support in the context of the AWMF guidelines—should therefore be the credibility of such measures for guideline users.

Dipl.-Soz.-Wiss. Langer participated in the creation of a number of the guidelines that were studied for this article. He is employed by the German Cancer Society, which is participating in the PREFERE Study.

Prof. Ollenschläger serves as a member of the board of the German Network for Evidence-Based Medicine (Deutsches Netzwerk Evidenzbasierte Medizin, DNEbM) and of the Guidelines International Network (G-I-N).

The other authors state that no conflict of interest exists. 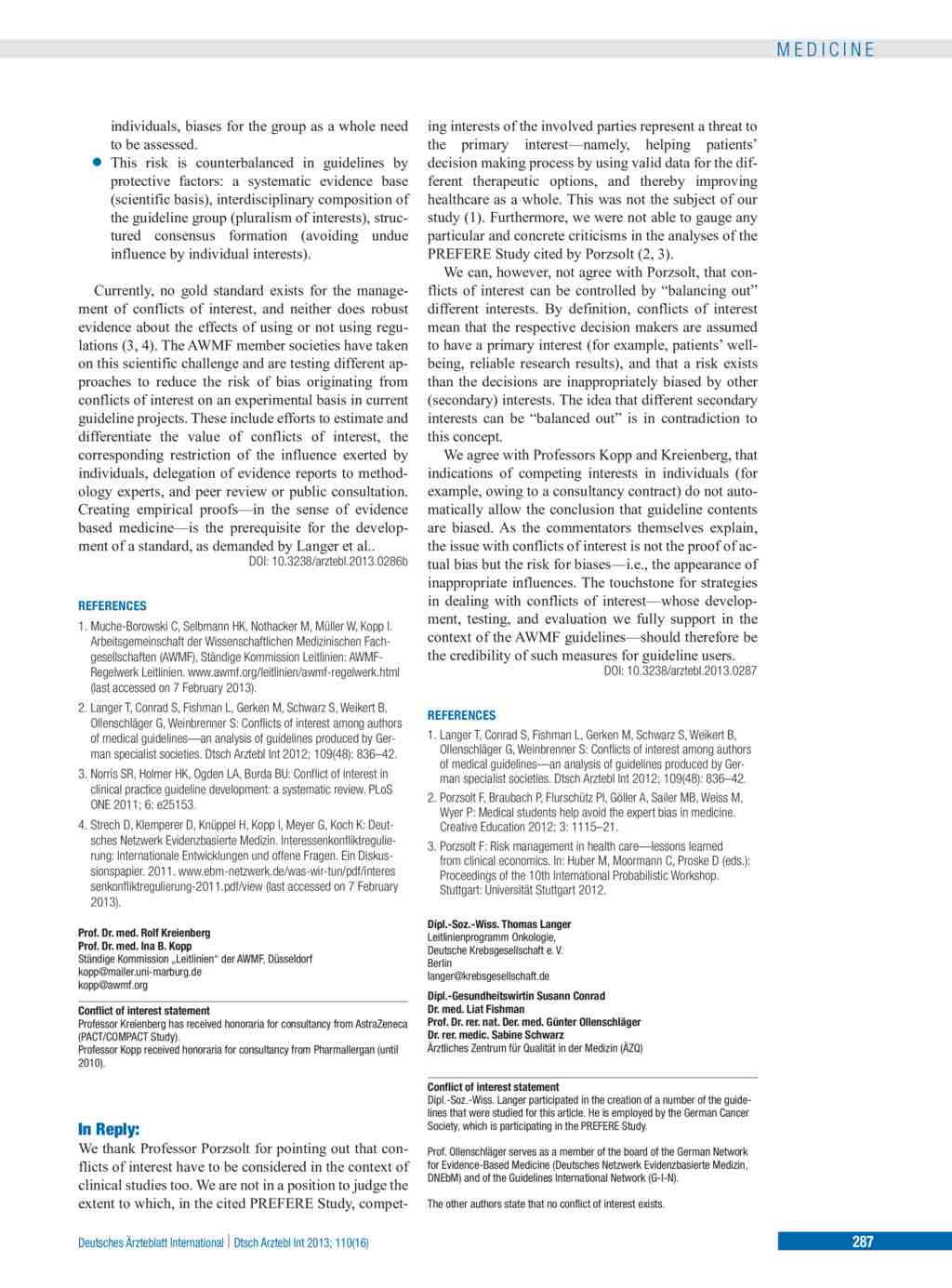