The fact that hypotension in trauma patients is correlated with a poorer outcome is hardly the subject of controversy (1).

Closer consideration of the groups “Normotension” and “Hypertension” raises attention for the fact that two dissimilar groups were compared:

Unfortunately, the proportional distribution of the Abbreviated Injury Scale values for the head was not further analyzed in the respective subgroups.

An explanation for the fact that the patients in the “Hypertension” group had a lower injury severity score, in spite of their suspected more serious head injuries, may be the lower frequency of severe comorbid injuries (AIS ≥3) to the thorax, abdomen, and extremities (37.7% vs. 75.1%).

Furthermore, the average age of patients in the hypertension group was notably higher (59.7 years vs. 41.2 years). This is a further factor for a poorer prognosis (3).

It remains unclear whether the lower rate of preclinical intubations in the “Hypertension” group affected the result.

I am not intending to call into question a possible association between hypertension and poor outcomes after traumatic brain injury. However, the conclusion reached by the authors is not supported by their data. The subgroups are far too lacking in homogeneity for confounders to be ruled out. 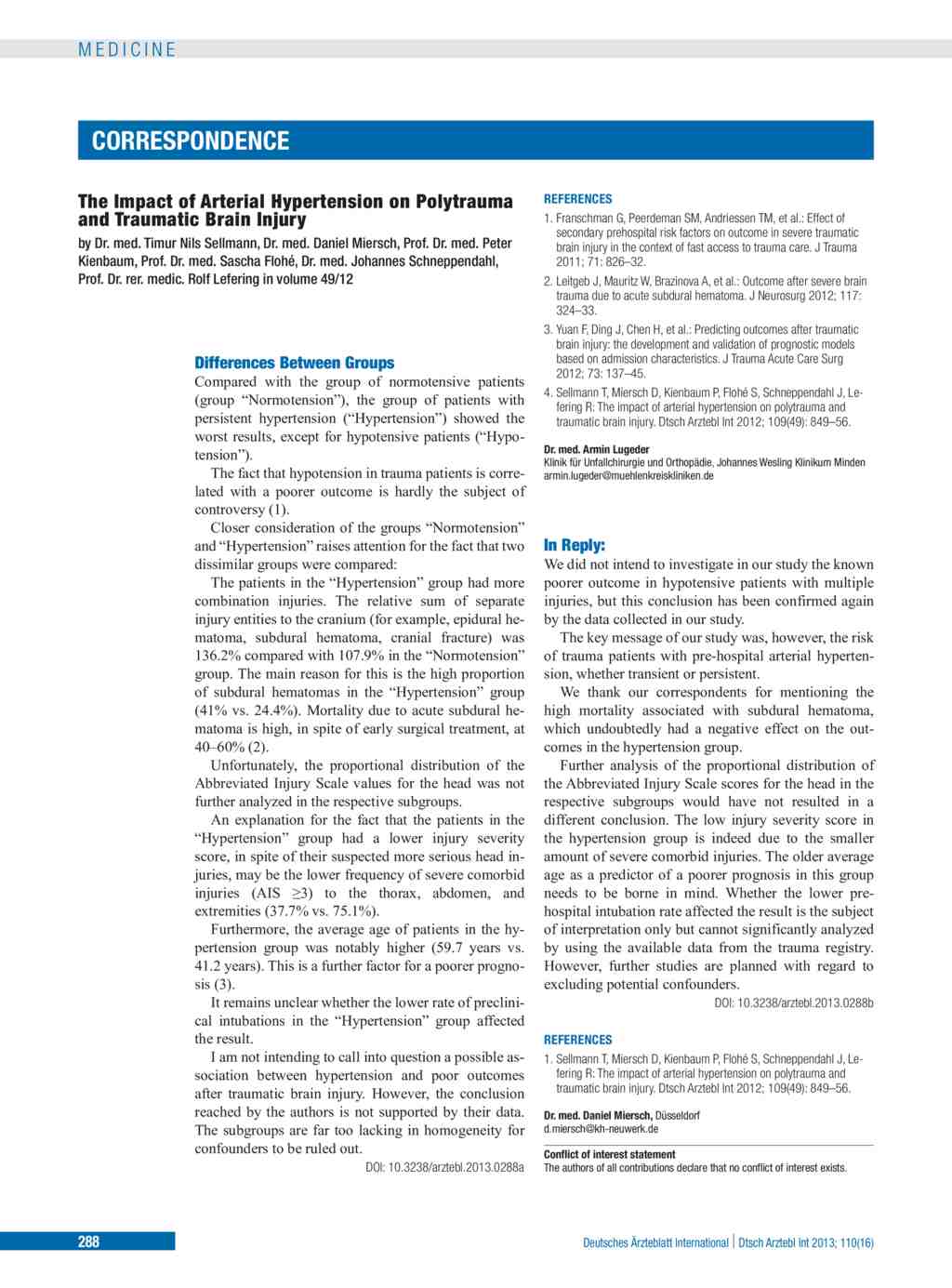