High Heels as a Cause

In women it is not only narrow shoes that cause hallux valgus but also higher heels. These result in more weight placed on the forefoot, with overstretching of the toes and resultant splayfoot development, which in turn triggers metatarsus primus varus deformity. As the sesamoid bones embedded within the tendons of the flexor hallucis brevis muscle are laterally connected with the second metatarsal bone through the intermetatarsal ligament, the muscle’s direction of movement changes and it slowly turns into an adductor muscle, like the flexor hallucis longus muscle, and therefore functionally “draws the bow” of the proximal phalanx of the great toe, which increasingly deviates laterally. The abductor hallucis muscle is not equal to this overload, shifts in a plantar direction and thus causes pronation of the proximal phalanx.

Wearing tight shoes is usually an agreeable sensation because they compress the forefoot and subjective provide greater stability; they functionally counteract splayfoot formation, so to speak.

Night splints are entirely pointless, as are redressing special sandals and the recommended toe straighteners and toe pads. The latter are supported by the much stronger great toe and therefore force the much weaker neighboring toe in a lateral direction.

The often comorbid rheumatic forefoot deformity with pronounced hallux valgus and often grotesque axial deviations of the other toes is not only not a contraindication to hallux valgus surgery but on the contrary, a much harder indication than in non-rheumatic hallux valgus.

Unfortunately, orthopedic specialists without an additional rheumatological qualification encounter only rarely those patients with toe deformities and axial deviations who also have severe splayfoot deformity accompanied by extremely painful synovitis and arthritis of the proximal joints, accompanied by sometimes complete destruction, owing to the inflammatory activity of the underlying disorder. 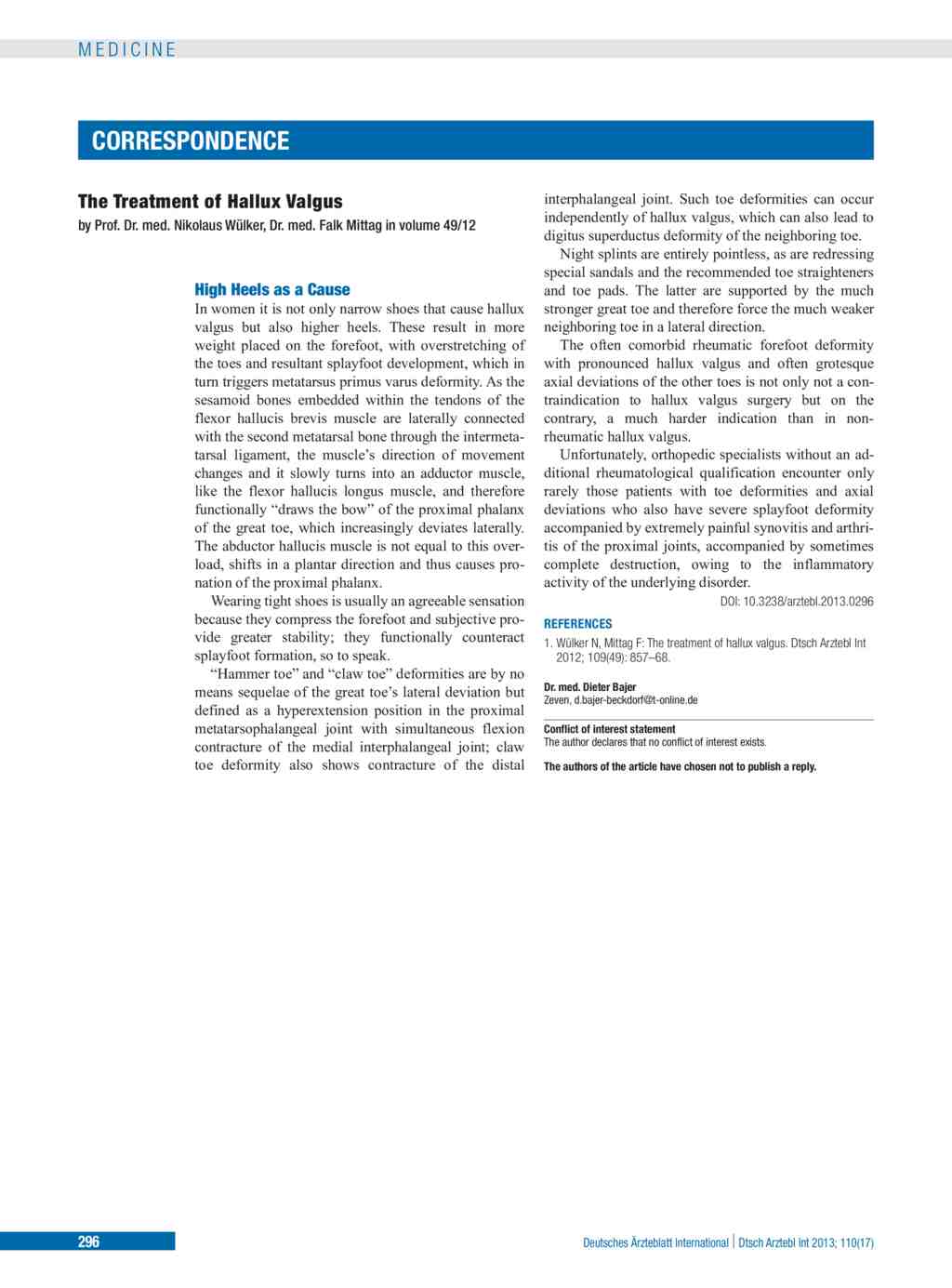