The phenomenon of intentional ingestion should not remain unmentioned. Such ingestions are seen in patients in psychiatric or penal institutions. More often in the 1960s, eventually with a clearly declining trend (presumably owing to the success of endoscopy), sentenced offenders swallowed bundled-up metal springs that would open up in the stomach after a short time and could not be excreted in the normal digestive process. The prisoners were hoping for surgical removal as a change in their situation in the penal system, which they often experienced as “desolate,” and equally for the opportunity to escape from the hospital later. Prison surgeons are familiar with these processes. 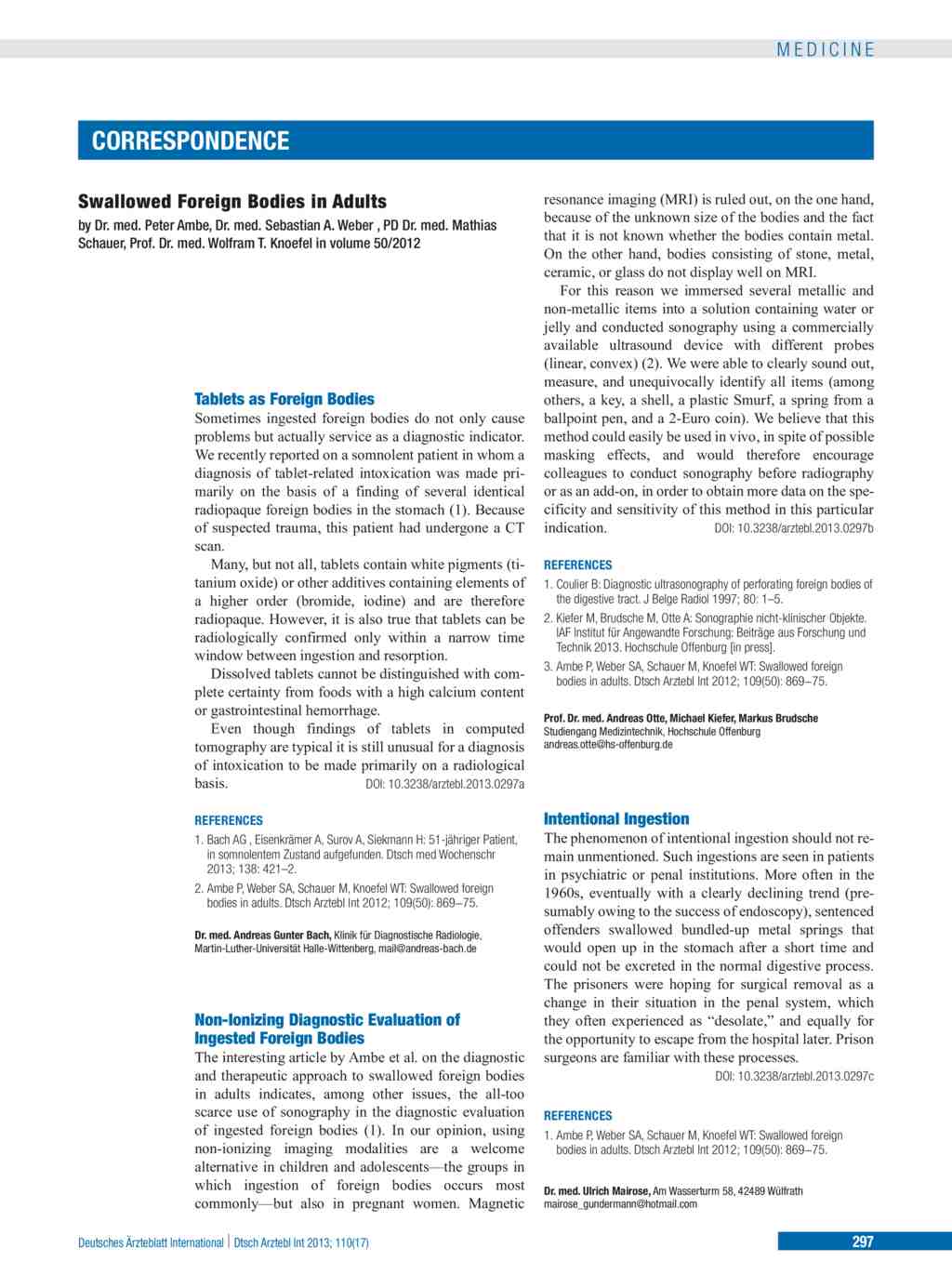