In their article, the authors provide a selective review of the literature based on a PubMed search (1). The selected publications include retrospective studies, reviews, and recommendations.

They also discuss the ingestion of magnets in adults, but the majority of such cases occur in children. Ingesting this type of foreign body does, however, entail particular risks. If a magnet is swallowed it should not cause any further problems, depending on its size, shape, and surface consistency. Swallowing several magnets, however, or at least one magnet and a further ferromagnetic body can lead to life-threatening complications (2, 3). A report published by the US Centers for Disease Control and Prevention presents 20 cases in the US between 2003 and 2006; perforation occurred in 90% of cases, and volvulus with subsequent bowel ischemia and sepsis with a fatal outcome in one case (2).

The question is whether in such cases, an indication exists for emergency esophagogastroduodenoscopy after conventional radiological diagnostic evaluation, and if queried early surgical intervention, before gastrointestinal complications can develop (3, 4). 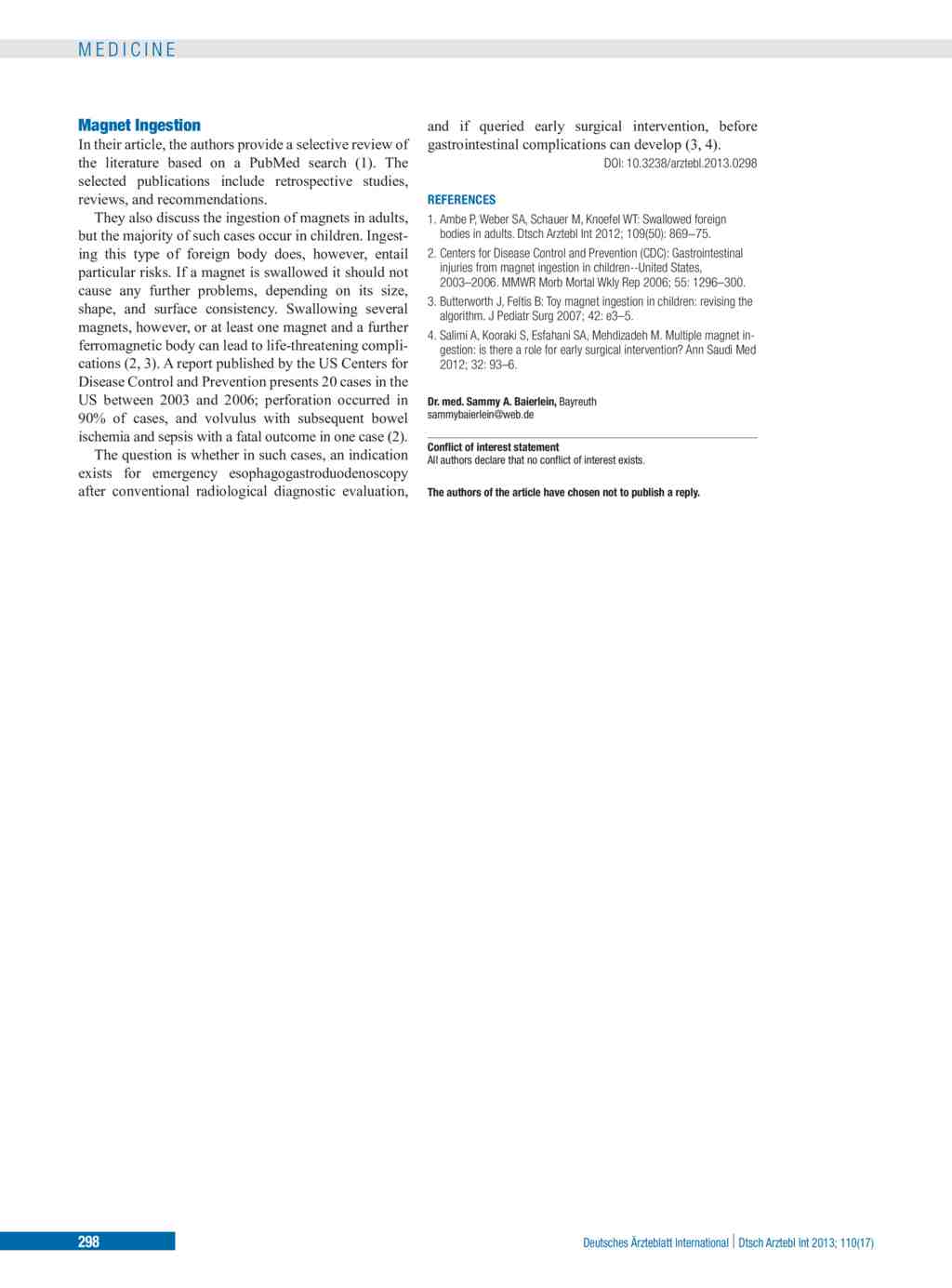