The validity of the study reported by Velasco et al (1) is gravely hampered by methodological shortcomings.

The representativeness of the sample (“physicians providing outpatient care who gave uncomplicated UTI/cystitis as their most common diagnosis”) seems to be questionable, since prescribing statistics show that respiratory tract infections are by far the most common cause for antibiotic prescriptions.

Jointly evaluating the responses from general practitioners and specialists does not make sense since the healthcare setting has a crucial influence on illness severity and treatment. Urologists care for patients with complicated urinary tract infections or infactions caused by problematic pathogens. Therefore urologists require a treatment that differs from the uncomplicated urinary tract infections that are typically dealt with in general practice.

The mono-substance trimethoprim (recommended in the evidence based guideline “Burning Sensation When Passing Water”, by the German College for General Practitioners and Family Physicians [DEGAM]) does not seem to have been mentioned (in response to an open question) by any of the participants. Were the results (2) for trimethoprim (TMP) and trimethoprim-sulfamethoxazole (TMP-SMX) combined? On the basis of recent study results (3) we think that TMP is still the antibiotic of choice. In any case, co-trimoxazole should not be suggested as a suitable alternative.

A current comparison with unselected data from primary care (4) shows clear differences to the results from the ARS.

In conclusion, we recommend an analysis of the results presented in the current study for each healthcare setting, respectively.

Dr Schmiemann and Professor Hummers-Pradier are the authors of the DEGAM guideline “Burning Sensation When Passing Water” and were involved on behalf of the DEGAM in the S3 guideline on urinary tract infections. 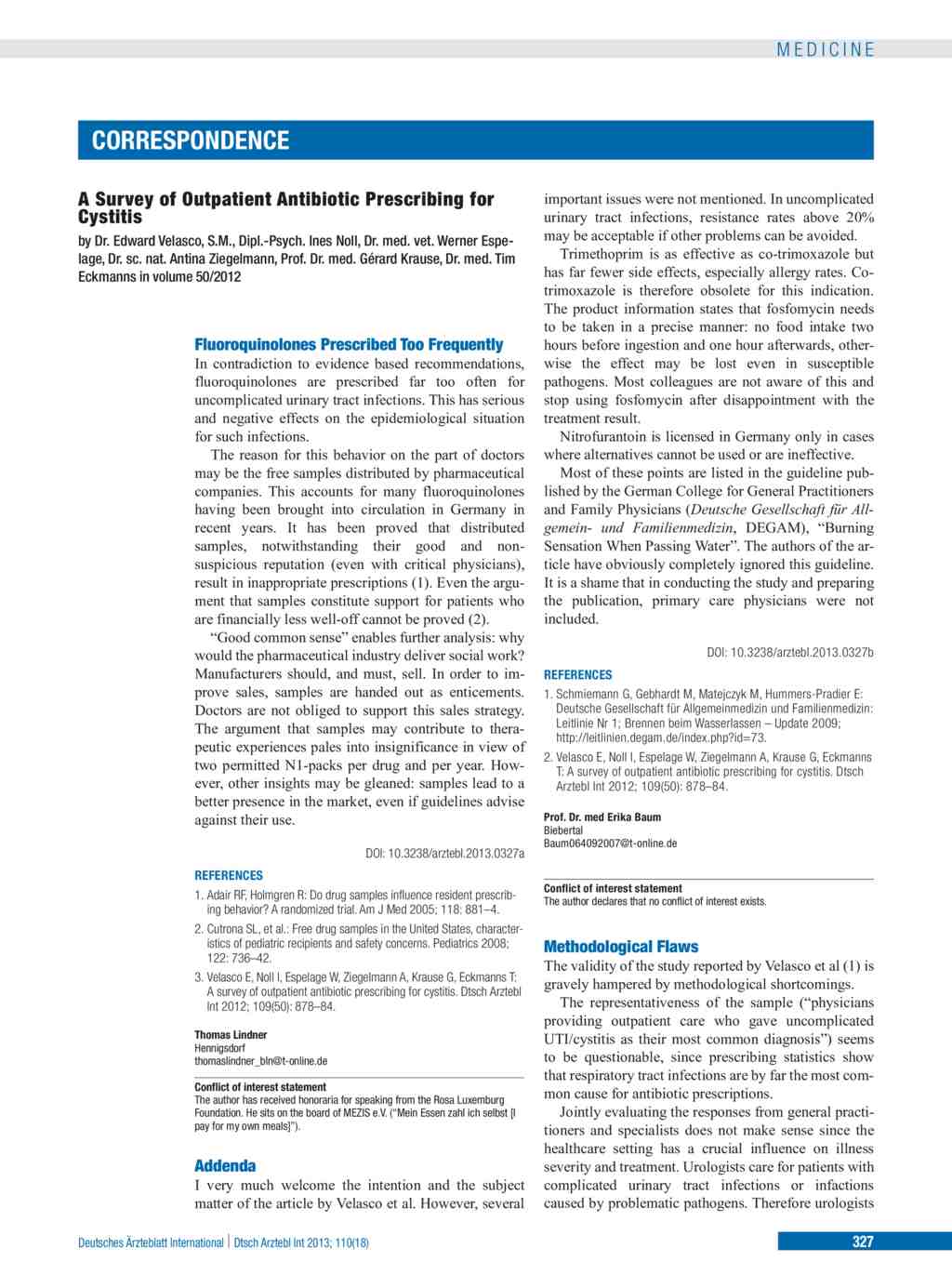