The authors deserve thanks for their explanation of the diagnostic value of hyposmia in neurodegenerative disorders (1). The recommendation of olfactory testing from the American Academy of Neurology, which the authors adopted, as a potential sole instrument to distinguish idiopathic Parkinson’s disease (IPD) from progressive supranuclear palsy (PSP) (2) needs comment. This recommendation is based on studies that investigated a total of only 16 PSP patients with a blinded study design by using olfactory testing; only one PSP patient was studied using “Sniffin’ Sticks”. In this setting, guidelines for the type and extent of olfactory testing and threshold values are lacking. In our experience, the olfactory identification tests based on Sniffin’ Sticks, which are commonly used in Germany’s neurological hospitals, have insufficient sensitivity and specificity in differentiating PSP from IPD. Only their combination with other non-invasive testing methods, such as transcranial brain sonography and motor examination (3), is of high diagnostic value.

The authors rightly pointed out that slowly progressing olfactory dysfunction is an often unnoticed early symptom of IPD. On the other hand, 30% of IPD patients experience olfactory dysfunction as a prodromal symptom, but fewer than 5% of these report their symptoms to their doctor (our own investigation, manuscript submitted for publication). The common complete lack of perception of, or subjective lack of attention to, olfactory dysfunction may be a reason why idiopathic hyposmia or anosmia diagnosed by an otorhinolaryngologist is mostly an incidental diagnosis. Educating the wider population about the potential relevance of olfactory dysfunction in the early detection of IPD makes sense only once effective treatment methods become available that can delay the progression of IPD in its early phase. 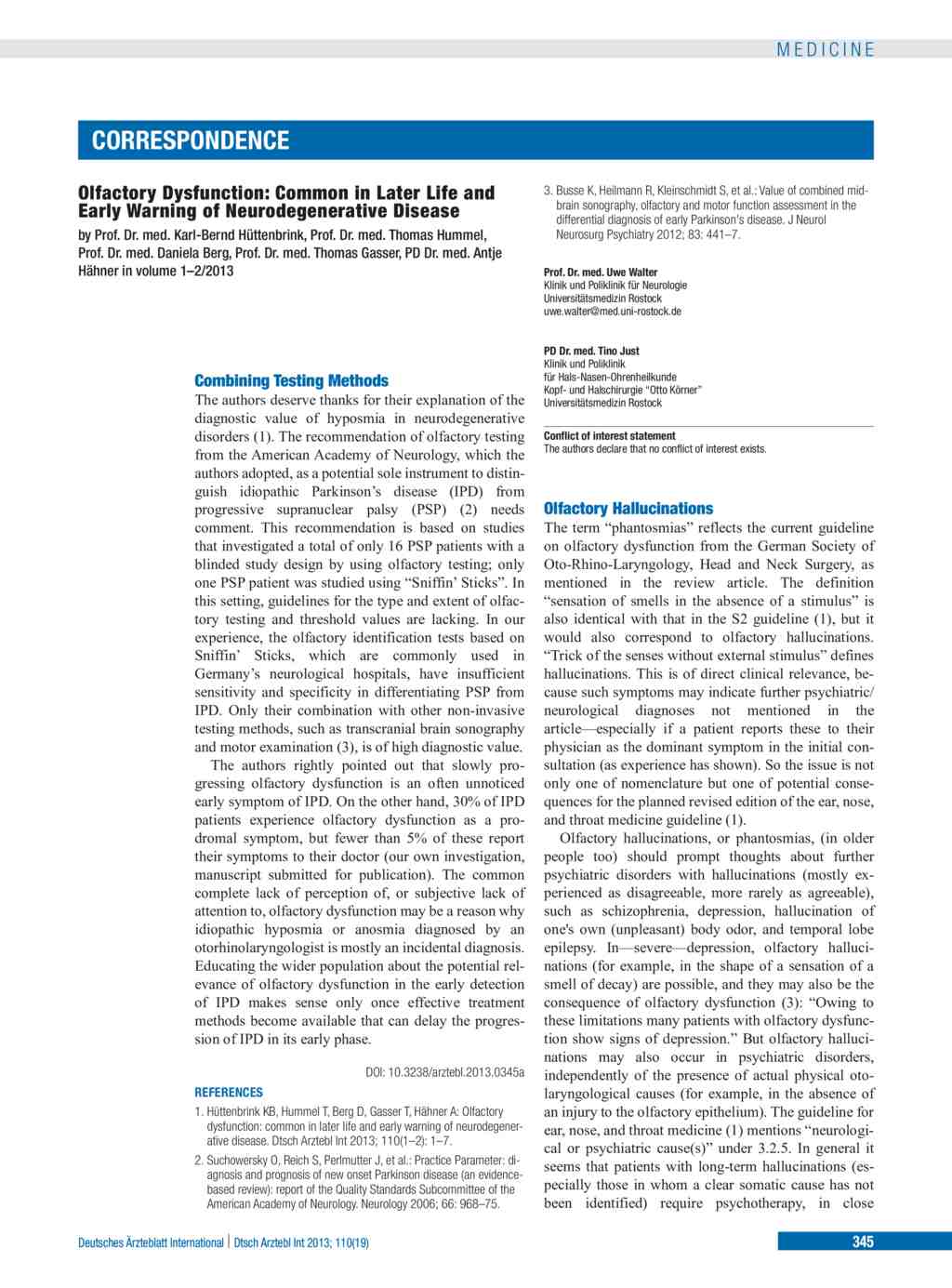