We thank our correspondents for their critical comments and remarks. We agree that studies of olfactory dysfunction in progressive supranuclear ophthalmoplegia (PSP) are based on small case numbers. However, we aimed to pass on existing recommendations in our article and to think of olfactory testing in parkinsonian syndromes as an additional diagnostic instrument. For this reason we did not separately discuss the value of combining several non-invasive testing methods in atypical parkinsonian syndromes. We can, however, unreservedly confirm the higher specificity and sensitivity that can be achieved in this way.

It is of course entirely correct that informing the wider population about the potential relevance of olfactory dysfunction in the early detection of idiopathic Parkinson’s syndrome (IPS) seems sensible only once effective treatment methods have become available to delay the progression of the IPS in its early stages. However, even now many people obtain information about the possible relevance of olfactory dysfunction through the media. For this reason we think that differentiated information for doctors is important, since they are the ones who are confronted with questions regarding the subject.

Conflict of interest statement
Professor Hüttenbrink heads the Olfactology/Gustology Working Group of the German Society of Otorhinolaryngology, Head and Neck Surgery. The manufacturer of Sniffin’ Sticks, Burghart Messtechnik, is represented at the meetings of the working group. Research using Sniffin’ Sticks takes place in cooperation with Burghart.

Professor Gasser has received payments from Cephalon Pharma and Merck Serono for acting as a consultant. 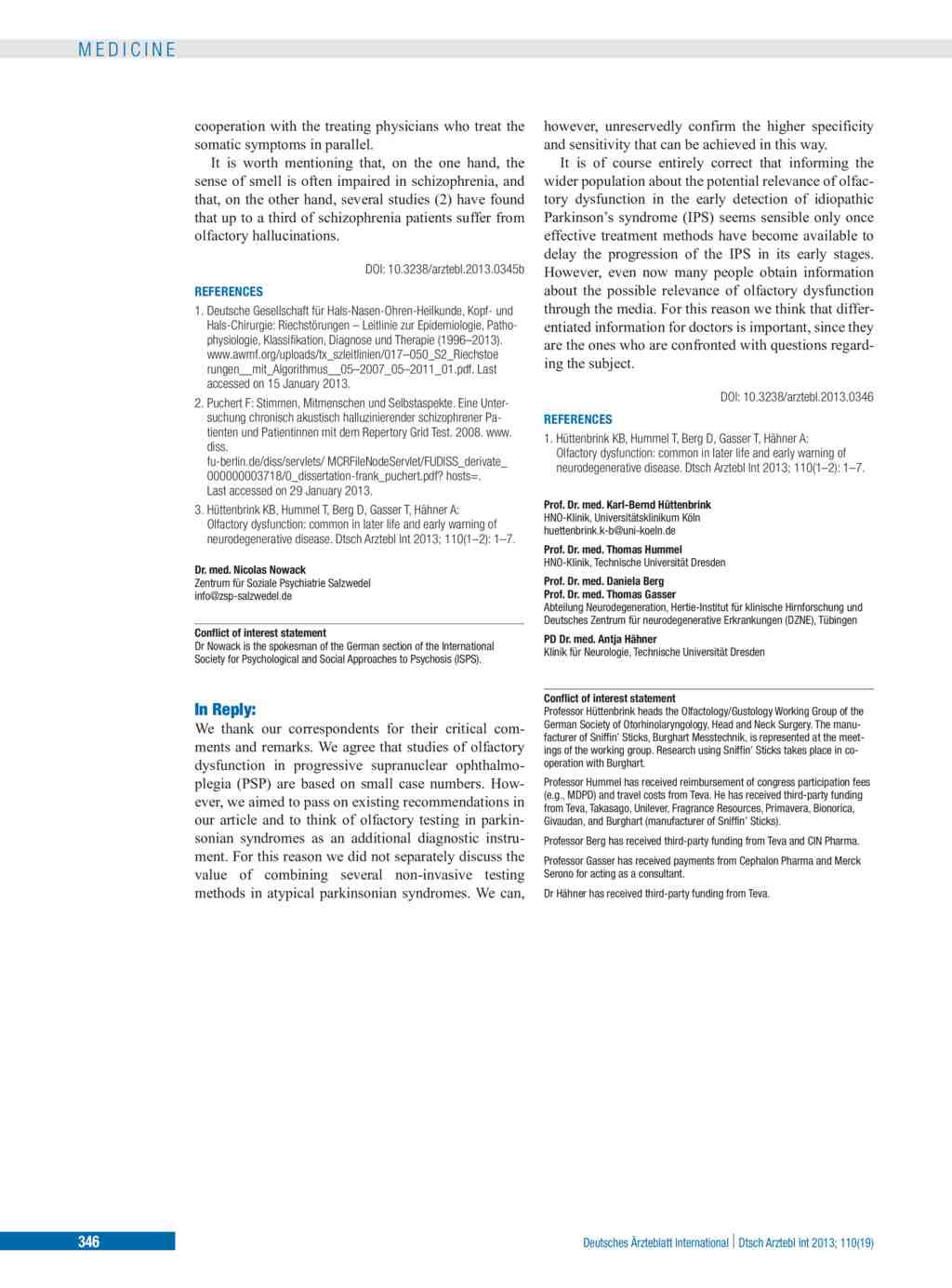