The authors lucidly explained that the evidence base for evaluating most of the currently available and used products for wound treatment is unsatisfactory. However, should the lack of evidence now lead to a situation where such wound products are regarded as not effective and will therefore not be reimbursed by the health insurers in future, then we run the risk of completely halting the progress achieved over the past decades. We would fail because of our own expectations of such medical products. The expectation is often that using a particular wound product accelerates wound healing that had stagnated before. The products should be seen for what they are—aids that can support some partial aspects of the often complex treatment process—which may include managing wound exudates or avoiding pain—very effectively and therefore greatly improve patients’ quality of life (1). Many studies do not include these parameters as criteria for their objectives. Whether the wounds eventually heal or not is primarily a function of the causal treatment and not the wound products. To give an example, in venous ulcers of the lower limb it is essential whether the underlying chronic venous insufficiency (CVI) has been treated. For the treatment of CVI, the evidence is much better (2, 3). Such meta-analyses mention as early as in their introductions that modern, moist wound therapy should be the gold standard for treating such patients.

I fear that the lack of evidence for wound products may be interpreted to mean that such wound products are completely expendable. This conclusion would be erroneous, however, because some of the products can support wound healing very effectively in many respects if they are embedded in causal treatment.

He has received honoraria from Lohmann & Rauscher, Draco, and Hartmann for authorship in the context of a publication that relates to the subject].

He has received honoraria for conducting commissioned clinical studies from 3M, Convatec, Customed, Urgo, and Bayer. 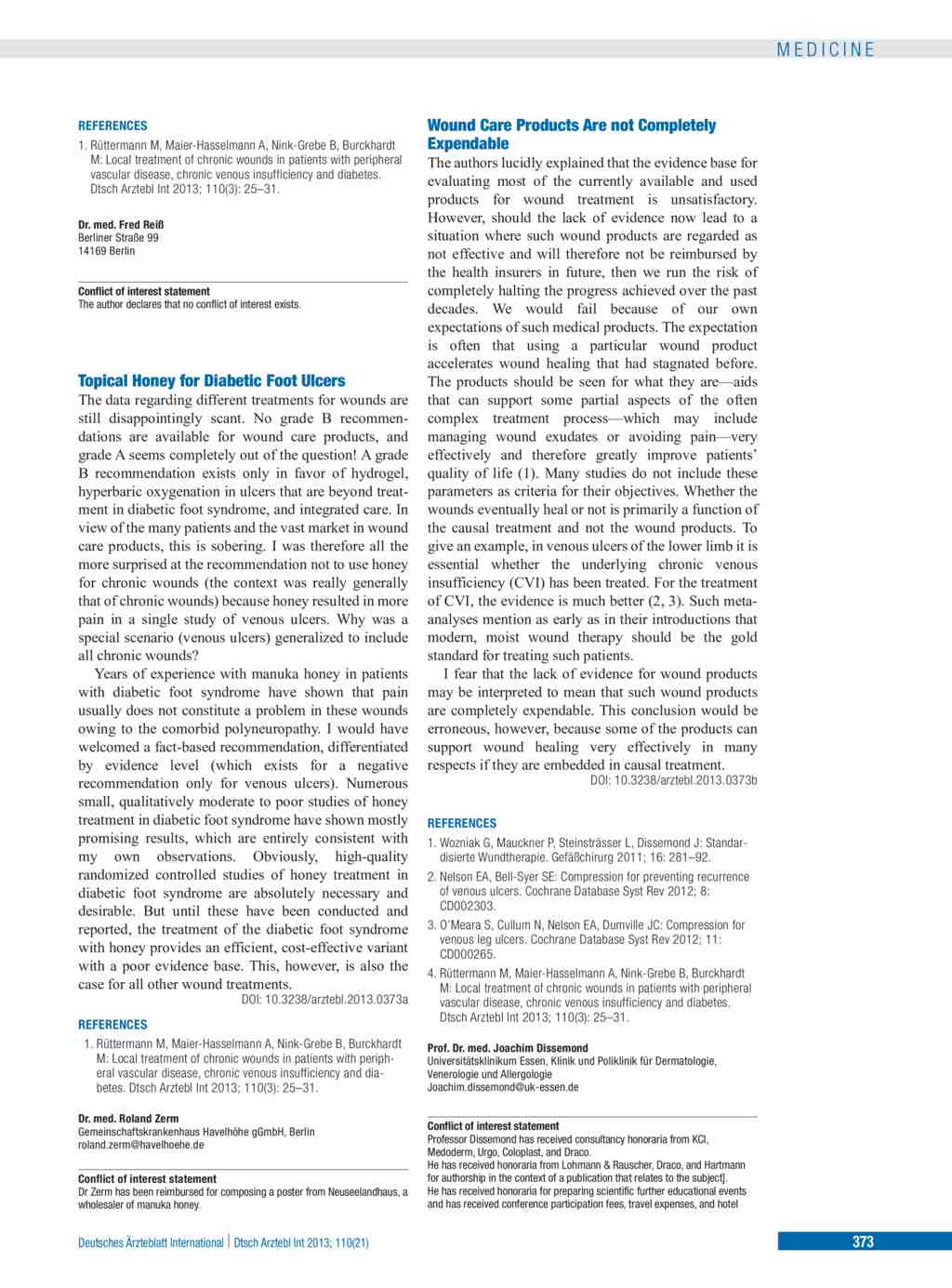