First of all, the authors deserve thanks for collecting reality-based data that shed a different light on the prevalence and incidence of osteoporosis compared with the exaggerated estimates of recent decades.

However, for the past two decades osteoporosis has not been termed a “systemic disorder” but—reflecting a paradigm shift—as a reduced strength of the bone with an increased likelihood of fracture (27th congress of the American Society for Bone and Mineral Research [ASBMR]“, 2005). It is caused mainly by the lack of physical activity that has become such a prevalent feature in our civilization (1). Furthermore, the data reported by Hadji et al. show unequivocally that vertebral fractures are not the most common osteoporotic fractures—something I have cited from robust sources for decades.

The World Health Organization’s definition of osteoporosis, which was cited several times in the article was on the wrong track, prepared by the so-called gold standard dual energy x-ray absorptiometry (DXA) used for measuring bone density. The method is appropriate for epidemiological-statistical purposes, but not for diagnostic evaluation. Instead, an individual assessment of the probability of fractures should be conducted by using the system WHO-FRAX, based on large, population-based cohorts (www.sheffield.ac.uk/FRAX). This considers relevant clinical risk factors as well as, optionally, bone density, which has a merely modulating effect (2).

The S3 guideline of the Dachverband Osteologie (DVO, the umbrella organization of the scientific societies in Germany, Austria, and Switzerland that are predominantly, or with a scientific focus, involved in bone research), which was cited several times, should not be left uncommented. According to a comparative study we are about to publish, using the guideline with the internet-based scoring system in clinical practice means than an indication for treatment is defined 2.5–3 times as often than when using the WHO-FRAX score (30.3% versus 12.0%) in patients with risk factors. The DVO system includes overestimates of risk factors that are not sufficiently evidence based—for example, the effect of thyroid-stimulating hormone (TSH) or aromatase inhibitors (3). 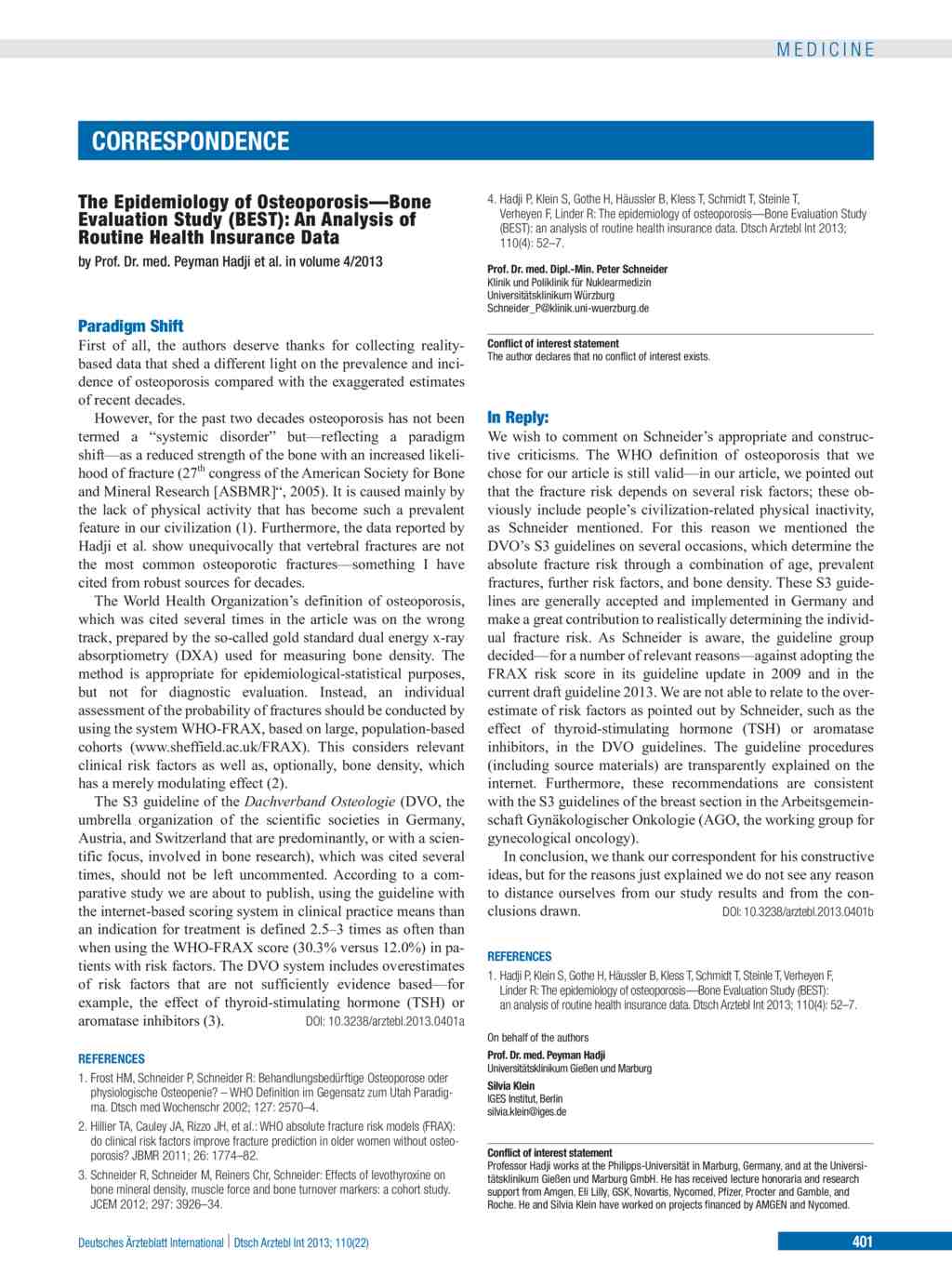