A Word of Warning

In the past we investigated the development of biomarkers (for example, neuron-specific enolase [NSE]) and the neurological outcome in patients who had been treated with therapeutic hypothermia after CPR in a retrospective as well as in a prospective manner. For this reason we wish to express a warning against the NSE cutoff value that was attributed 100% specificity in the article.

According to our data, it is absolutely not the case that a poor prognosis can be assumed in patients whose NSE concentration is higher than 97 µg/L after therapeutic hypothermia following CPR. It should be noted, however, that in our prospective data collection none of the survivors had a concentration > 80 µg/L. Outside the study setting, we have repeatedly seen patients who survived fully intact neurologically with concentrations that were above the mentioned 97 µg/L NSE cutoff value (1).

As a matter of medical principle, we recommend clinical symptoms and presentation of the patient to be considered first and foremost when measuring neurological function. Individual biomarkers (which can be prone to failure) and imaging studies may be important for treatment options but should never be used solely in life and death decision making (2, 3). 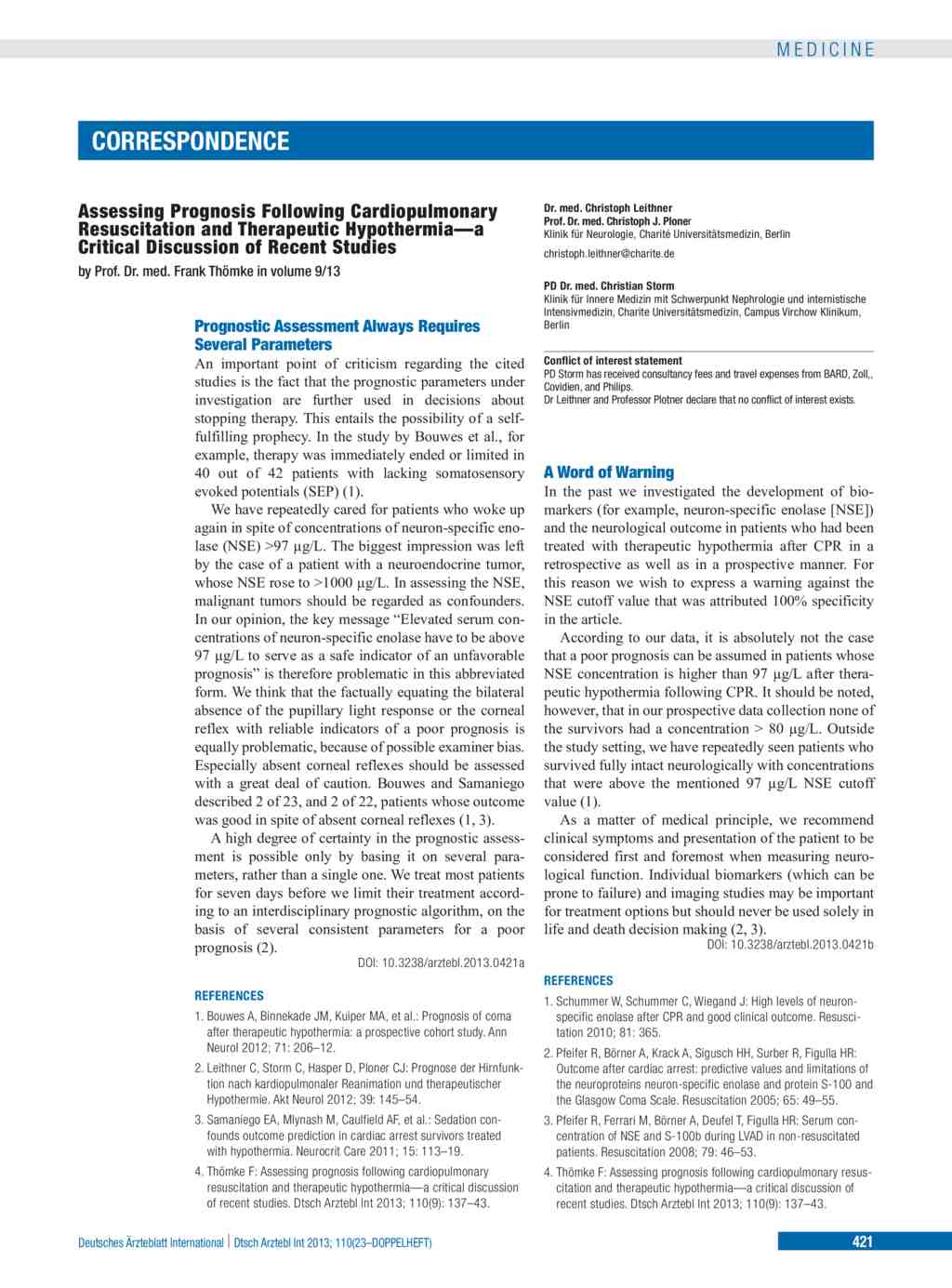