In their interesting review article (1), Müller and coauthors described the use of pulmonary support procedures, such as extracorporeal membrane oxygenation (ECMO) in adult patients with acute respiratory distress syndrome (ARDS). The article is of enormous interest because it shows clearly the revival of the procedure in recent years and its importance today. We wish to focus on two issues that seemed to have received short shrift in the article.

Intensive transport of ECMO patients on the ground and in the air has gained in importance in recent years. The authors reported that from January 2006 to July 2012, a total of 266 patients were treated by using venovenous ECMO at Regensburg University Medical Center. It would have been interesting to know which proportion of these patients were cannulated in an external hospital and subsequently transported between hospitals (>100, as mentioned by the authors). It would also be interesting to know the type and frequency of transport-related complications since almost no valid data have been published in this context yet. A fundamental rule is that for ECMO implantation in a decentralized hospital and for the subsequent interhospital transport, a high-quality logistic concept using a small team with excellent technical expertise is crucial, as is regular training (2). This is the only way in which patients can transported successfully and at a high-quality level.

Furthermore, ECMO implantation has been an established therapeutic option for treating ARDS in neonates for almost 40 years. After an initial description in 1975 by R H Bartlett from California, ECMO was first used in a neonate in Germany in 1987 at Mannheim University Medical Center (3) and has since then become firmly established at least in pediatric intensive care. A short explanation of the particularities of ECMO treatment in pediatric patients would have been desirable. 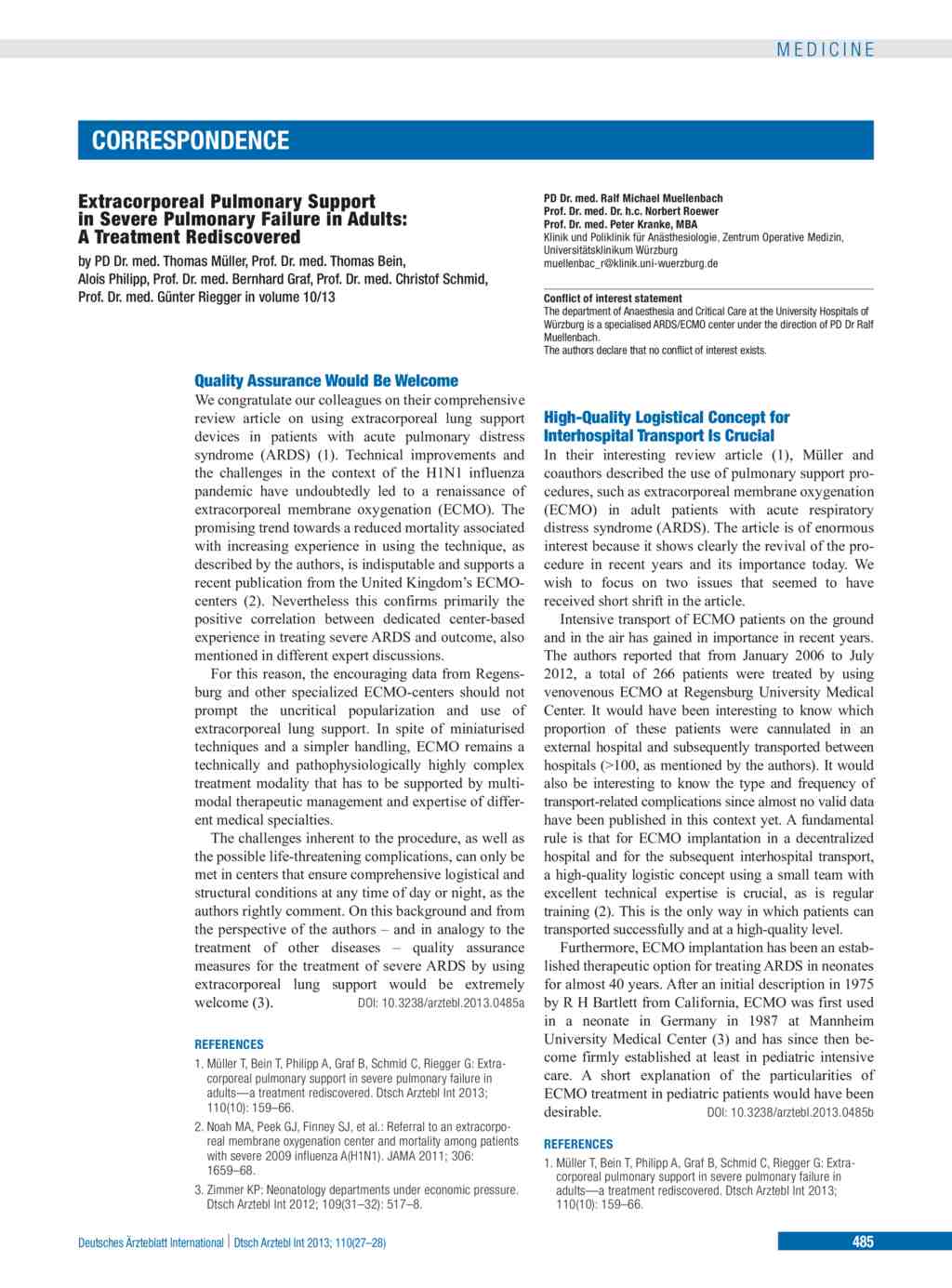