In terms of numbers, the most common pain in tumor patients is incident pain, more rarely “end of dose” pain, as well as mixed forms and overlap phenomena. By contrast, genuine breakthrough pain—described in palliative medicine as an independent type—is rare. The authors define breakthrough pain correctly as a sudden-onset, transient exacerbation of generally well-controlled background pain (1). Additionally, we wish to mention that the frequency of genuine breakthrough pain cannot be influenced by increasing patients’ opiate-based medication.

In routine clinical practice, the term of breakthrough pain has unfortunately undergone a tendency to be used in a generalized and universal manner; often it is used for all additional pain states in tumor patients.

The pain exacerbation that occurs most often is incident pain, which primarily does not require therapy with rapidly effective fentanyl preparations. Affected patients can easily be informed instructed as to how they should deal with looming pain. The available short-acting morphine and hydromorphone preparations are appropriate and very effective.

The increased risk of opioid misuse and dependency should not be underestimated for the new, rapidly effective fentanyl preparations, especially if a patient has already shown signs of addictive behavior (alcohol, nicotine, etc). Patients receiving rapid-release fentanyl preparations are not fit to drive, which is in marked contrast to patients regularly receiving slow-release morphine.

It is not only for reasons of cost that the indication for “transmucosal” fentanyl should be strictly defined: to be used in “genuine” breakthrough pain and after therapeutic failure of conventional, fast-acting opiates. 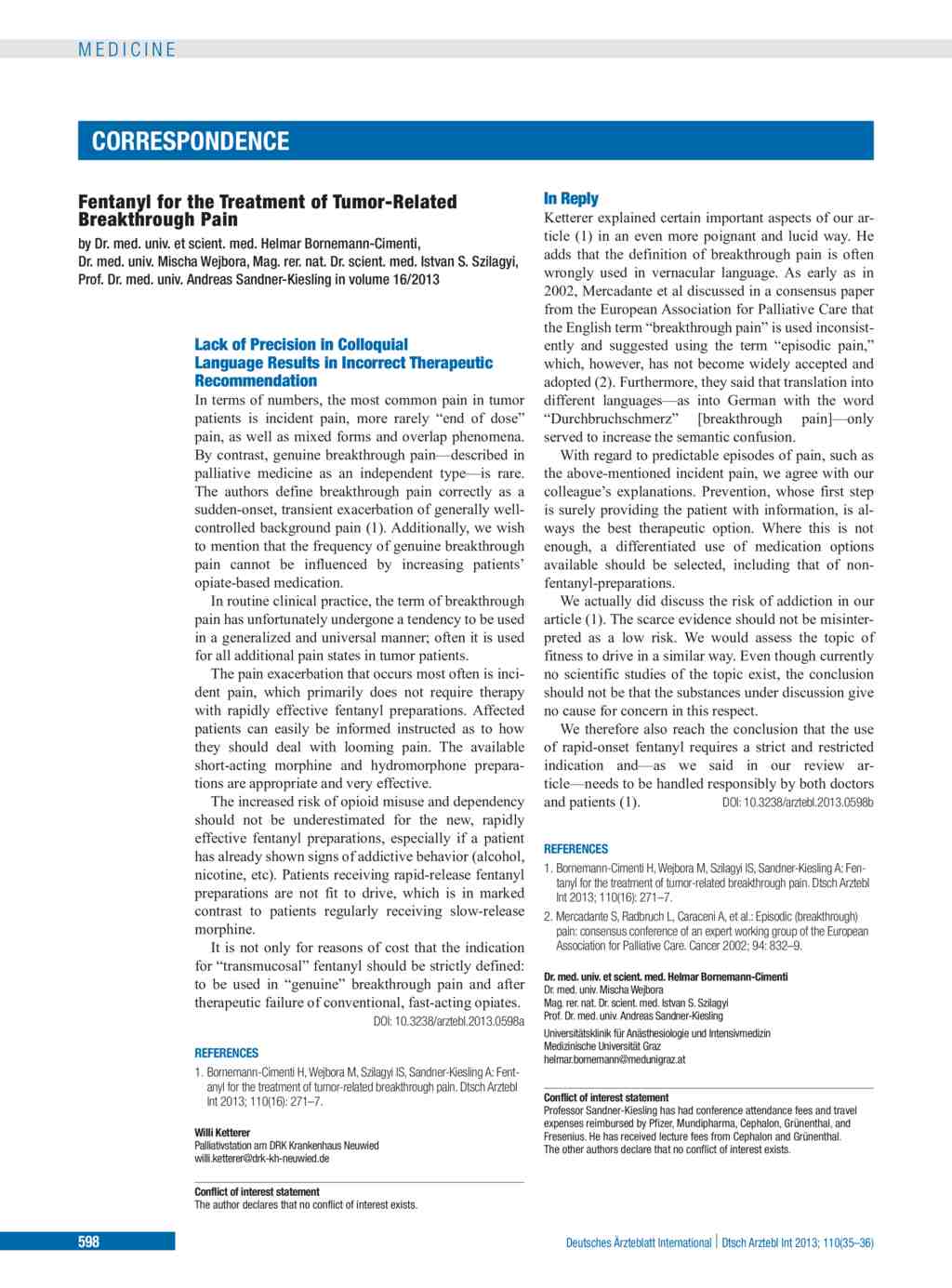