The Therapeutic Objective: Reducing the Stress Caused by Tinnitus

Stattrop, U; Goebel, G; Voderholzer, U

The article laudably provided an overview of the topic from an interdisciplinary perspective (1). One cannot but agree with the authors in objecting to the still prevalent therapeutic nihilism. At the same time it should be emphasized that management of tinnitus is the rule, rather than its actual cure. Especially in severely affected patients, the realistic therapeutic objective is a significant reduction in the stress caused by tinnitus.

Cognitive behavioral therapy (CBT) is the only genuinely evidence based therapy, but this goes almost unnoticed in the article owing to the very short explanation and cautious wording (“the best-evaluated treatment for tinnitus”).

In order to assess the indication for treatment (and therapeutic success) it is vital to determine the extent of the stress caused by tinnitus. Relevant validated questionnaires are not only available, as was mentioned almost as an aside, but they should be an integral component of the diagnostic evaluation. The first one to mention in this context is the tinnitus questionnaire ([2] or the mini-tinnitus questionnaire-12 [3]).

Professor Goebel has received royalties for the tinnitus questionnaire from Hogrefe publishers. The other two authors declare that no conflict of interest exists. 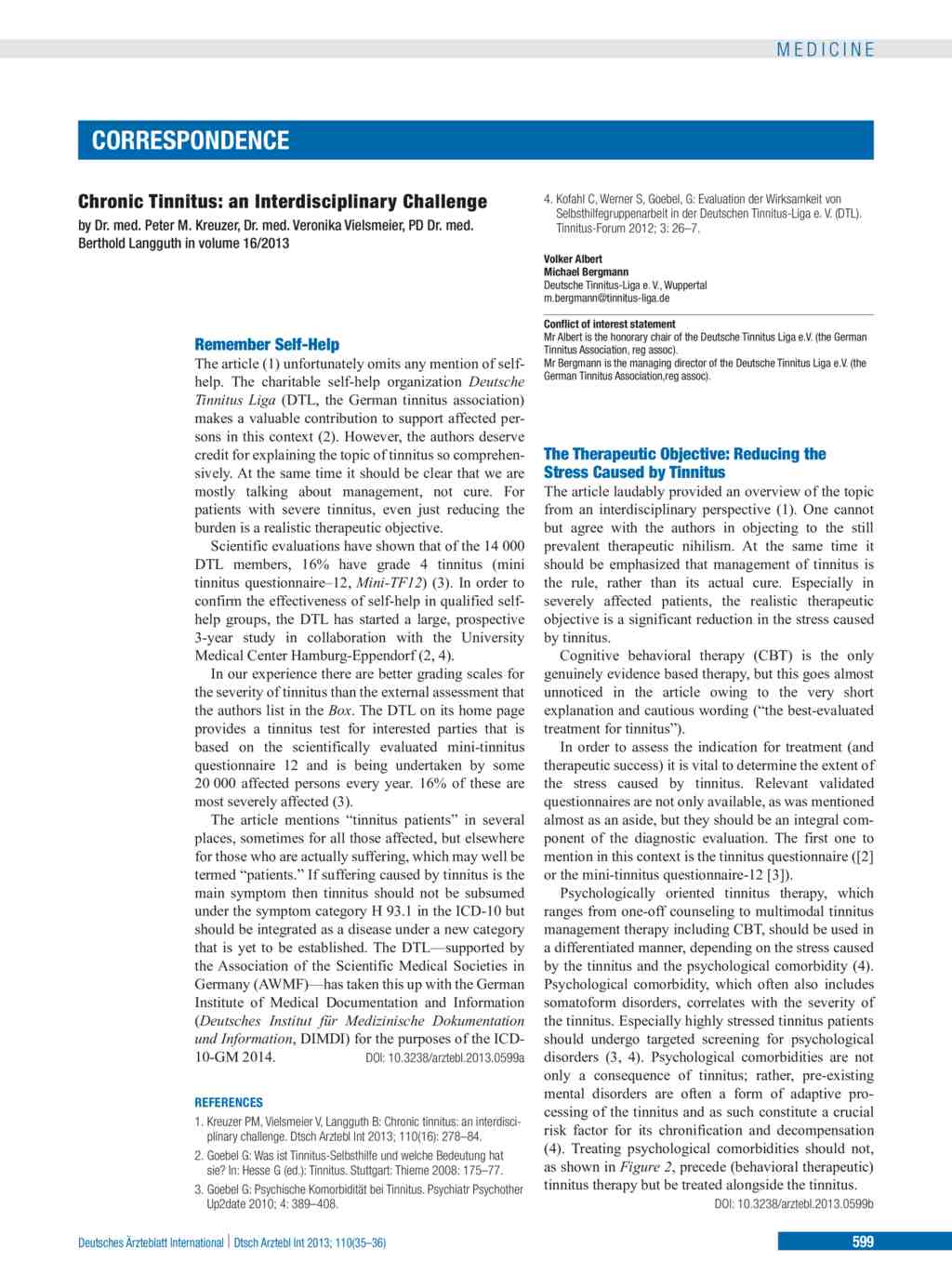