The article has prompted me from a professional as well as ethical perspective to express my criticism. Professionally I would criticize the categorization of psychotherapy as mere “accompanying” treatment. This suggests that drug treatment is the main treatment modality. Meta-studies directly contradict this assumption; they reach the completely opposite conclusion.

I wish to criticize the recommendation of escitalopram, which was brought to market as a non-innovative, entirely overpriced modification of citalopram. Many statutory health insurers do not reimburse this medication any longer. Furthermore I wish to point out the many possible adverse effects of the listed SSRI and SNRI antidepressants (escitalopram, paroxetine, and venlafaxine), such as raised suicidality and withdrawal symptoms. Duloxetine and pregabalin also deserve critical evaluation. The medications categorized as second choices are regarded as obsolete. The adverse effects of the atypical, highly potent, neuroleptic drugs quetiapine and olanzapine, especially in patients older than 65, were omitted altogether. Prescribing benzodiazepines in this setting is akin to a therapeutic error. In our hospital, prescribing promethazine has been found to be positive and sufficient in individual cases. We were able not to use antidepressants or highly potent neuroleptics at all. Comprehensive information on the proposed medications can be found, among others, in the national drug formulary, the Arzneimittelkursbuch.

Ethically speaking, I consider it a scandal that all the medications mentioned in the article are produced by the pharma companies for which the authors reported their competing interests.

I absolutely do not understand how Deutsches Ärzteblatt could have published what clearly amounts to an advertorial as a CME article—that is, in the sense of a treatment guideline; something that many doctors will probably not perceive as such. Continuing medical education and guidelines should remain free from so-called conflicts of interests (SGB [German penal code] V§ 95 d). 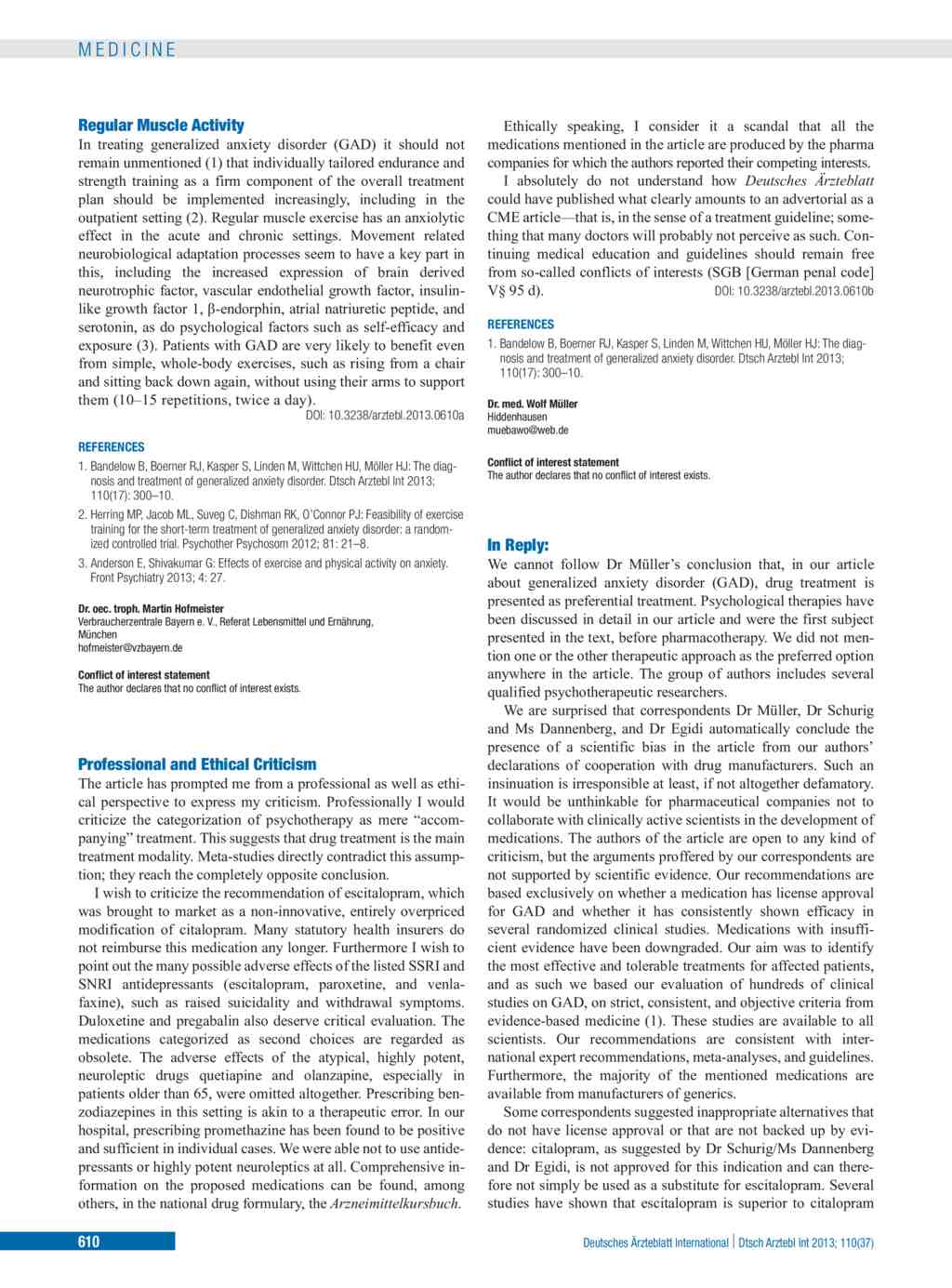