Punctuality Is an Expression of Respect

The article by Schuster et al. highlights an important problem in German hospitals. The economic effects of the lost time extrapolated to all hospitals in Germany are sure to be substantial. It would be interesting to know whether the intervals between surgeries also correlate with the beginning of the first operation, which might exacerbate the problem. Does the beginning of the surgical procedure correlate positively or negatively with the seniority of the surgeon?

After 30 years of surgical activity at five hospitals (municipal, university, private) I completely agree with the authors concerning the vicious cycle of expected delays as the core of the problem. The anesthetist starts late because the surgeon is not on time and vice versa (negative feedback loop).

In my opinion, the only way to change this state of affairs is mutual trust and a reversal of the process. If the anesthetist knows that the surgeon will be on time then he/she will also be on time (positive feedback loop). With this idea in mind, 87% of our surgical procedures have begun within −20 and +10 minutes according to our planned schedule. This value is almost identical to that mentioned by the authors, which they achieved after modifying all measures in an unpublished study. In the individual case scenario, however, mutual trust may mean reorganizing one’s own interests (telephone calls, emails, meetings, etc). It may entail adapting personal, well-liked processes in order to find a solution in view of the common goal.

Ultimately, starting a surgical procedure on time is a question of respect for all colleagues, inside the operating theater but also outside it—respect for the staff, the services they provide, but also respect for their personal time. Many studies concerning job satisfaction have shown that dealing with one another in a respectful way is an important basis for job satisfaction. For me, personally, starting surgical procedures on time is a crucial cornerstone of the culture.

It is an important management task to promote respectful behavior towards one another. This is also the case for the start of the day’s first surgical procedure. Especially the senior staff should set a positive example in this context. 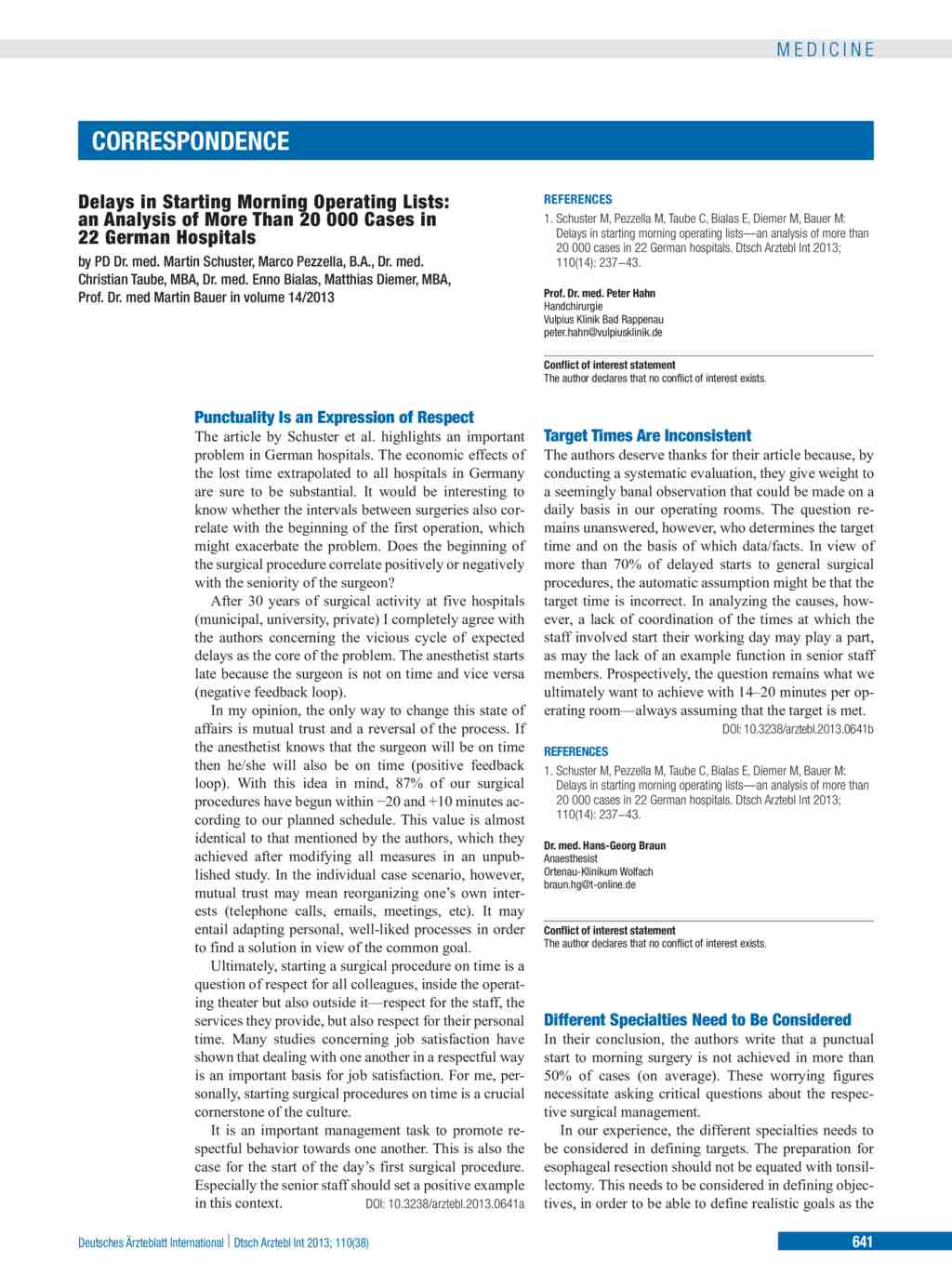