Although all of the somatic comorbidities reported in the article (1) occurred at rates below 50%, “speech impairment”, “dyslexia,” and “learning difficulties” reached rates of 50–80%. Furthermore, according to Bruining et al (2), ADHD is found in 63%. That means that the absence of such disorders is the exception rather than the rule, so that it’s possible these are not comorbidities but, rather, symptoms of the entity “Klinefelter syndrome” (KS). According to Savic (3), KS can serve as a model for androgenic effects on the development and function of the human brain. The behavioral phenotype is characterized by speech, executive, and psychomotor dysfunction and socioemotional impairment. Neuroimaging studies in children and adults with KS have shown characteristic structural differences compared with normotypical individuals. In addition to an increase in the volumes of gray matter in the sensomotor and parieto-occipital regions, significant decreases have been observed in the region of the amygdala and the hippocampal, insular, temporal, and frontobasal regions. AN increase in white matter is seen in the left parietal lobe, a decrease, among others, bilaterally in the area of the anterior cingulum. For the adequate treatment of KS, testosterone substitution is not the only therapeutic modality, but diagnostic evaluation and treatment by a child and adolescent psychiatrist and psychotherapist are essential, especially since 32% of KS patients have anxiety disorders, 27% autism spectrum disorders, and 24% depressive disorders (2). Van Rijn et al (4) found clear indications of autism spectrum disorders in 48% of adults with KS; consequently, adults with KS similarly require an examination by a specialist for psychiatric and psychological disorders who is familiar with autism disorders. 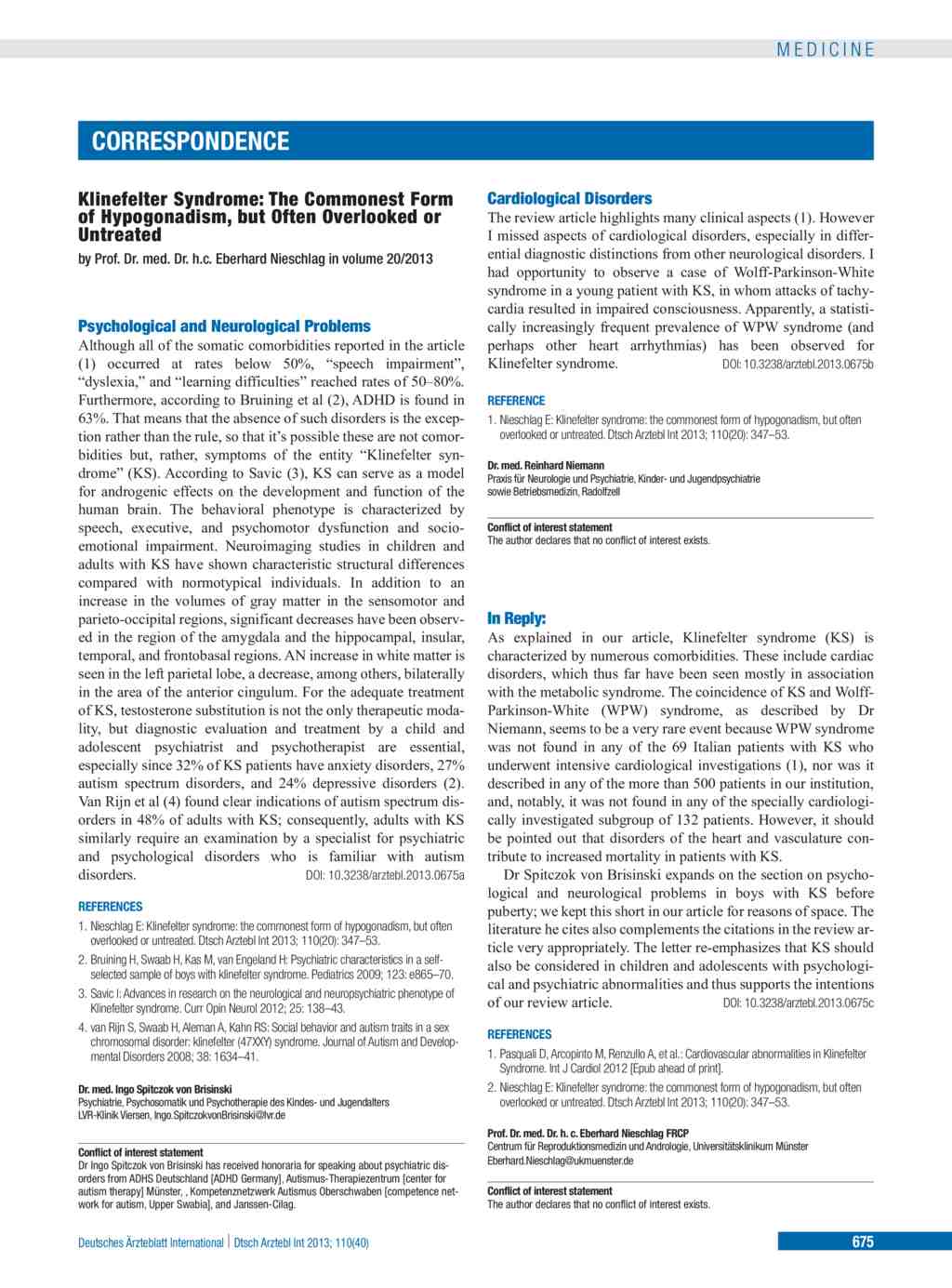