All the problems associated with screening that would need clarification before screening is introduced can be deduced from the article by Rueegg et al. (1).

The first screening step will result in psychological stress for the parents because of numerous false-positive findings that will require further investigation. Furthermore, there are those false-positive findings which cannot be excluded by further diagnostics, due to the nature of the genetic findings and the disease itself—with subsequent de facto unnecessary treatment and impaired quality of life (2, 3). For it is known that among those being positive in the genetic a nalysis (CFTR variants) as well as in the sweat test, some will be affected by the effects not at all or only later in life, and these effects then can also be mild in some cases (2, 3).

The biggest problem with introducing screening, however, is one that is regularly left out in German discussion—in spite of the German Medical Association’s hesitant prioritization committee: There have to be economical limits concerning medical interventions, including screenings.

According to Rueegg et al. and other publications (2, 3), the incidence of cystic fibrosis is 1 in 3500 neonates; this means 200 children per year in Germany with its 700 000 births. If the 20-year mortality in cystic fibrosis is 25%—as, for example, found in Dijk et al. (4) and Scott et al. (3)—and owing to screening this can be reduced by 50%, this means that mortality and lung replacement (according to [2], but not achieved according to [1]) would be reduced in a maximum of 25 children in Germany per year. For their sake a very large program requiring the highest quality (and expenditure) would be conducted—one which also includes undesirable side effects.

To counter any accusation of heartlessness on my part I would like to mention: Priorities have to be set, if a healthcare system is to be maintained that remains open to everybody. 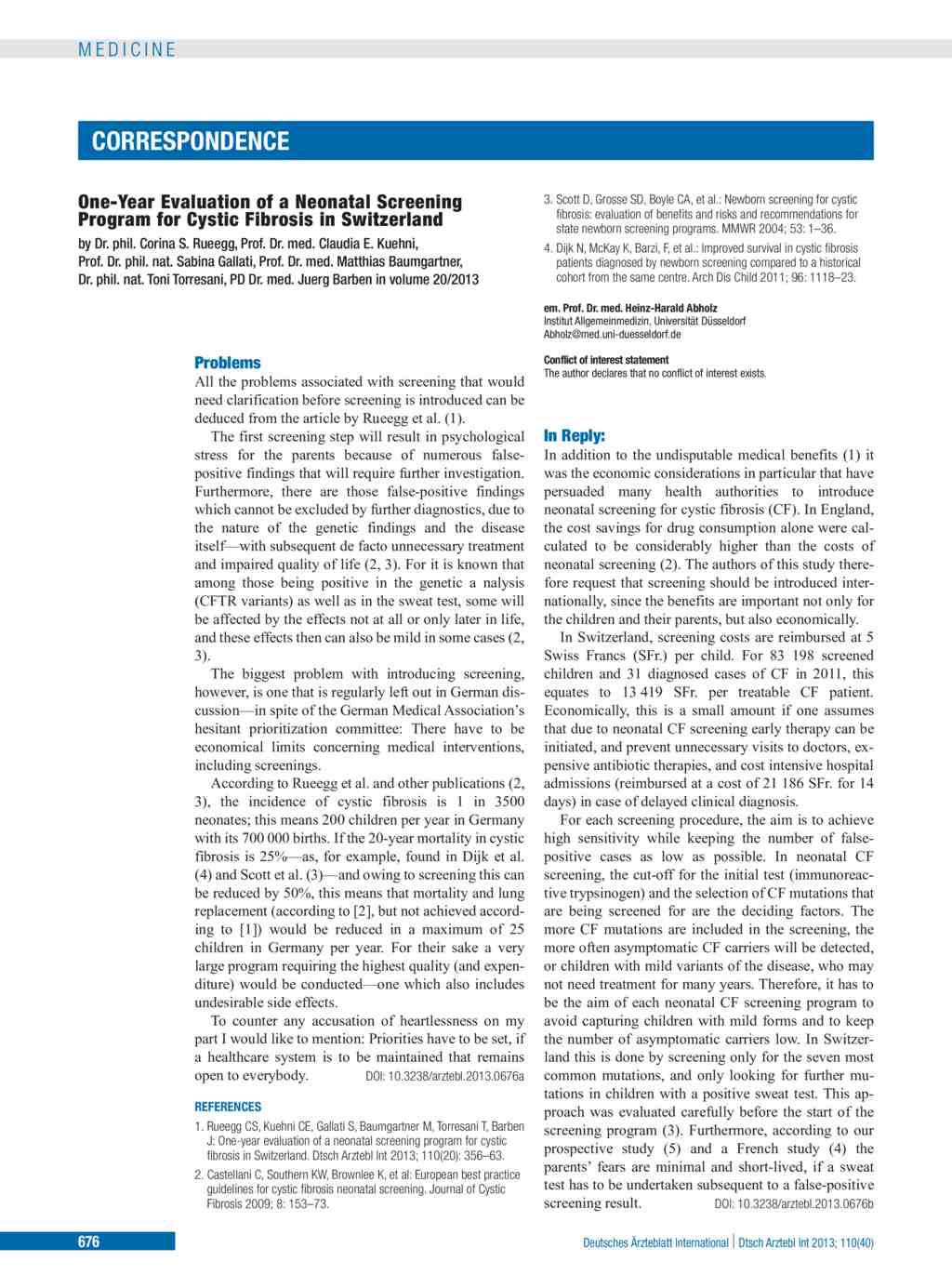